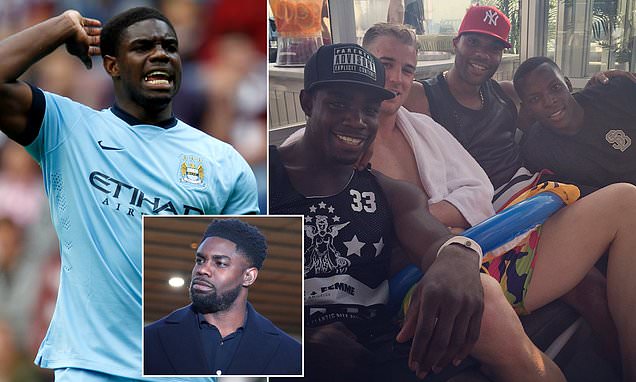 Micah Richards has warned of the dangers of having too much too young after revealing how he would splurge his cash on cars and booze when he was on £250,000 a month at Manchester City.

In an interview with The Athletic, the former City and Villa defender turned pundit and Sportsmail columnist said he ‘went straight out and bought myself a Ferrari’ when he started earning big money at the Etihad Stadium.

Richards signed his first professional contract in 2005, when he was just 17, after rising through the youth ranks at City.

The now 33-year-old, a familiar face on Sky Sports, the BBC and CBS, admitted he found the transition from young prodigy to millionaire difficult and would often blow his cash after being paid by his club.

‘I remember one pay packet was like 250 grand for a month. I was at the training ground, just looking at my payslip, thinking, “Wow. How?”

‘What can you do? I know what I did. I went straight out and bought myself a Ferrari. 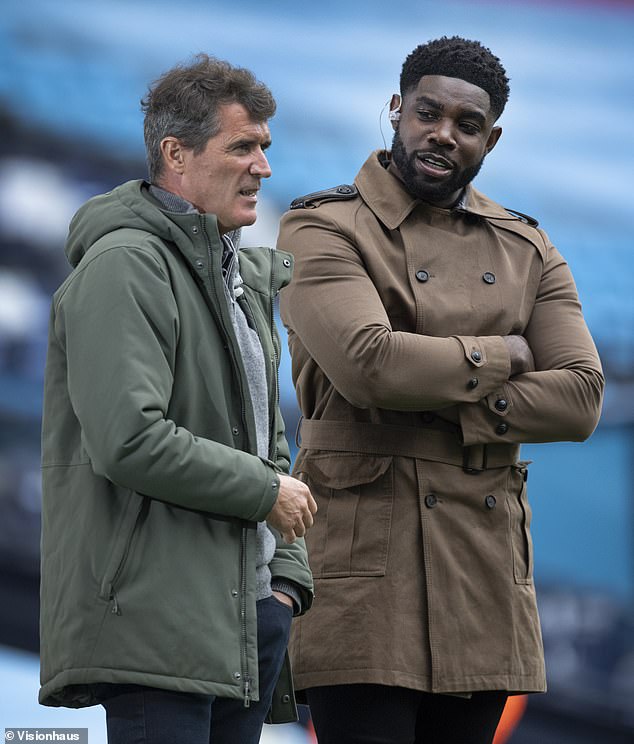 ‘And I started to look at houses in Hale. I bought this £3 million, seven-bedroom house and I was living with two brothers, two cousins, my best mate. Where I was living was already more than enough, but this is what happens when you’re a footballer. It’s always, ‘Who has the best house? Who has the best car?’. You can never just be content. You’ve always got to want more.’

Richards detailed how, on one lavish night in Los Angeles, he racked up expensive champagne bills while partying with friends. He also said he would often spend between £20,000 and £30,000 when in Manchester or London.

‘And it was at that moment my mindset changed. I’d booked to go for a month, but I came home after three weeks, saying, ‘I can’t do this anymore. I can’t. I’m going to end up with no money’. 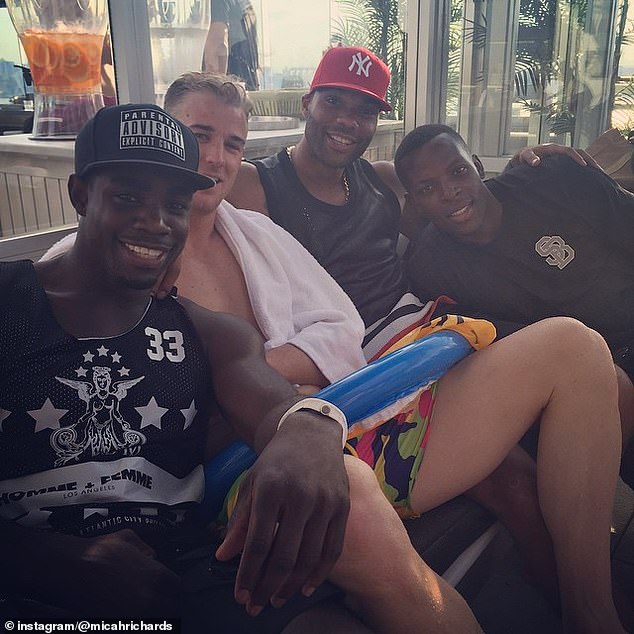 Richards won the Premier League title, an FA Cup and a League Cup with City – as well as 13 caps for England – but his career was plagued by injuries.

He said his regular spells out of the team, particularly at Villa, caused him to be ‘borderline depressed’.

‘I was training, but not playing, and it was hard. Really hard,’ he told The Athletic.

‘People talk about the money, but I was going into training, knowing I’m not going to play, trying to keep everyone else’s spirits up, like I’m a cheerleader or something, but really, I’m struggling.

‘It was the first time in my life where I’ve thought, ‘I can’t deal with this’. Normally I’ve got all the answers. I didn’t have the answers for this one.

‘I was struggling. Because you’ve got money, you’ve got a house, you’ve got cars, you think you’re OK and you try to brush things to the side. ‘What have I got to worry about?’. But I was struggling. Struggling mentally. Really properly, though. I was embarrassed to go out of my house, scared of what Villa fans might say.’

May 13, 2022 Soccer Comments Off on Richards warns footballers of the dangers of 'too much too young'
NFL News