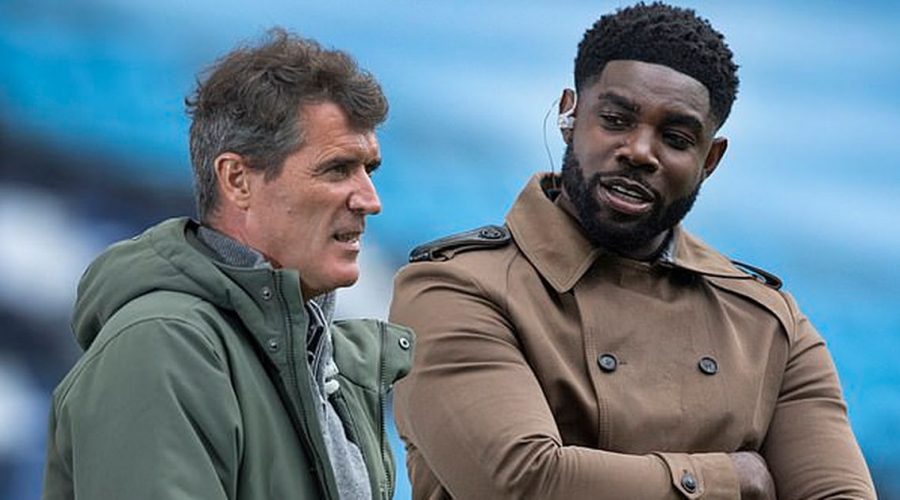 Roy Keane reportedly wants to become the new Celtic manager and Micah Richards, who has formed an entertaining friendship with the Irishman while on punditry duty for Sky Sports, has joked that he is ready to become Keane's assistant.

The former Manchester United captain has not been a manager since 2011 and he has instead been a regular pundit on Sky Sports.

Back in January, reports emerged that Keane was 'itching' to get back into management and, according to the Sun, he is interested in returning to Celtic.

Keane finished his playing career at Celtic and almost became their manager in 2014 after Neil Lennon first left the club.

Writing in his autobiography, The Second Half, Keane revealed that he had been offered the job but rejected it.

"They weren't convincing me: 'Listen, you're the man for us'", he wrote. "There were things I wasn't happy with in the contract. But I know if you examined every clause too carefully, you would never sign anything.

"I rang Dermot Desmond on the Monday and said: 'I'm really honoured you offered me the job but I want to stay with Martin [O'Neill as his assistant]'".

However, Keane is said to be willing to take the job this time and Richards has joked that he will join him in Scotland.

Chris Wilder, who left Sheffield United on Saturday after almost five years in charge of the club, has also been linked with the job.

John Kennedy is currently in interim charge after Lennon was sacked last month and he has said that he is not interested in taking the role on a permanent basis.

"This has never been about me," Kennedy said. "I've no interest in looking beyond this period in terms of what's in store for me. It doesn't matter to me."

READ MORE: Top 30 most successful football clubs by trophies won with Rangers on brink of No.1 spot

March 14, 2021 Soccer Comments Off on Richards "packs his bags" in hilarious response to Keane to Celtic speculation
NFL News