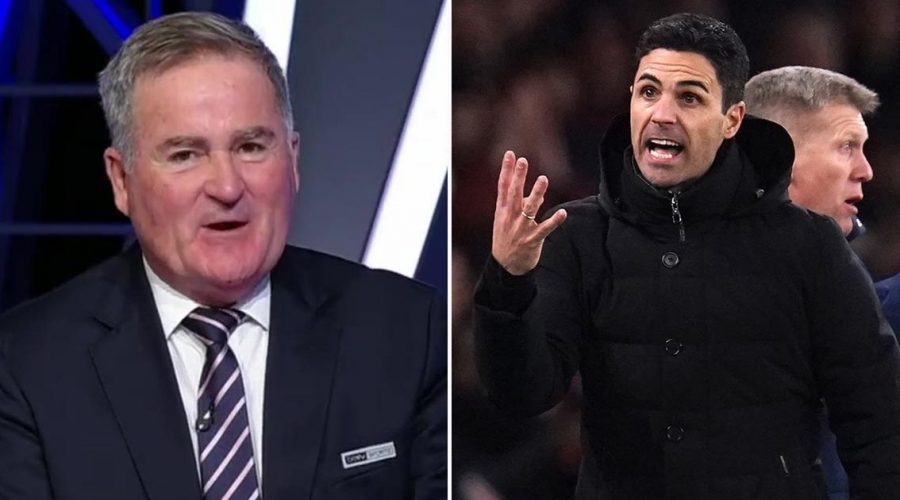 Richard Keys has praised Anthony Taylor for booking Mikel Arteta due to his touchline antics as Arsenal beat Manchester United on Sunday evening.

The beIN Sports presenter tweeted has been at a personal war with Spaniard – constantly accusing Arteta of leaving his technical area. Keys tweeted: "Well done, Antony Taylor. Quite right. Perhaps we’re making progress now. There’s absolutely no need for it."

Martin Tyler, who was commentating on Sky Sports, also picked up on the yellow card: "Well, two weeks ago I can tell you that there was a meeting. I think at St Geroge’s Park, amongst officials, about dugout behaviour by managers.

“We mentioned it because last week we had Antonio Conte, who has got a bit of previous in this aspect and Mikel Arteta.

“You say it’s fair enough, but it’s not fair enough, in truth, because we have seen Jurgen Klopp get sent off. It is an emotional game, we don’t want to take that away from those down on the touchline.

"But there are technical areas you are meant to stay in."

Do you think there should be harsher punishments for managers leaving their technical areas? Let us know in the comments section

After the Gunners' convincing win in the North London Derby last weekend, Keys said: "My fear is – and I've said it for a long time now, that the guy in the middle there is the one that's most to blame for the inflammatory behaviour on the touchline that winds people up.

"If he's not behaving himself then it's likely that others in his team are not going to either – who ultimately then becomes master of the discipline? There isn't anyone."