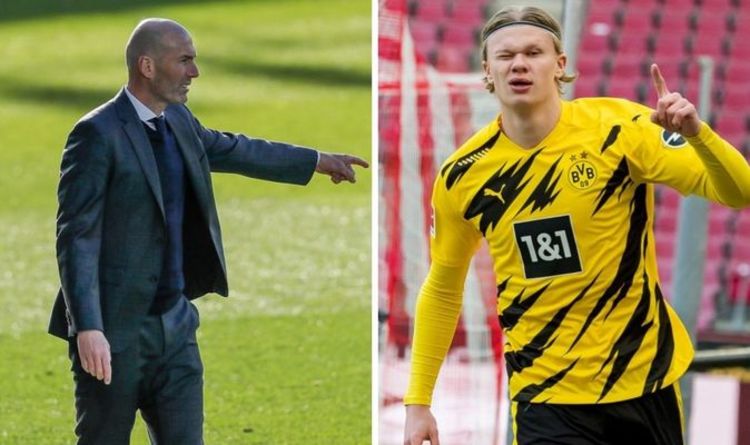 Man Utd: Mino Raiola says he has 'not offended' the club

The ESL was projected to bring in around £300m per season for each of the 15 founding members.

However, after Premier League teams moved away from proposals, the plans are now in tatters.

Speaking shortly after Perez’s idea went up in smoke, the 74-year-old suggested that no clubs in Europe would be able to afford big money transfers.

But Raiola has hinted that the Spanish champions are still in the race for Haaland, who has enjoyed a prolific spell with the Bundesliga giants. 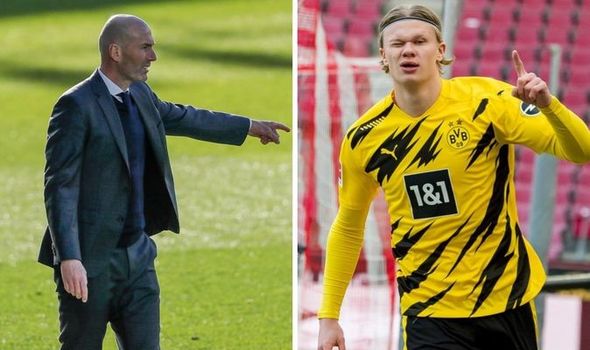 “Real Madrid are interested and can afford Haaland,” the agent told Spanish news outlet AS.

With that in mind, here’s how Real could line-up next season, if they seal a deal for the Norwegian and make two other high-profile signings.

There’s no debate about the man in between the sticks at the Bernabeu, the Belgian still has three years remaining on his deal and there have been few signs of his powers waning. 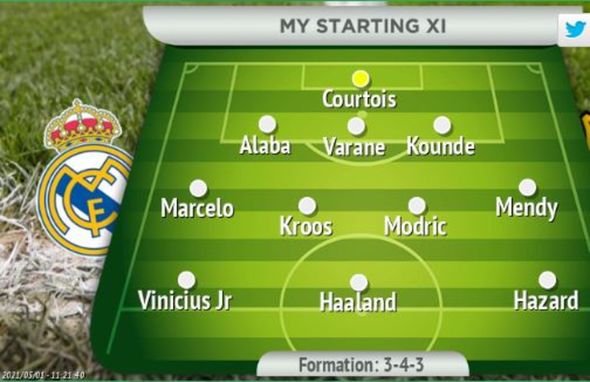 At the back, it could be a summer of upheval, with Sergio Ramos set to end his illustrious spell in the Spanish capital.

David Alaba has reportedly put pen-to-paper on a long-term contract at Real and the Bayern Munich stalwart can replace in Zidane’s back-three.

Sevilla defender Jules Kounde has been linked and could stay in La Liga, despite interest from the Premier League and Manchester United.

Varane has also been touted as an Old Trafford target, but the French World Cup winner recently reaffirmed his commitment to the club. 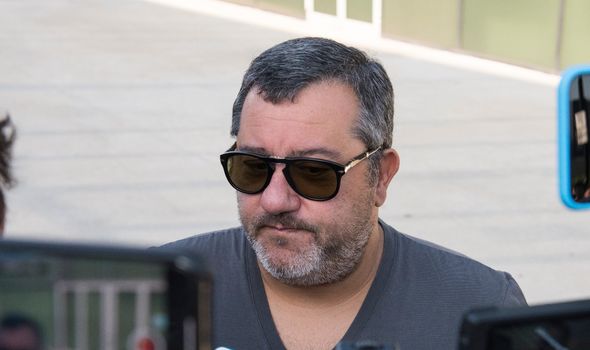 There’s little reason to upgrade their midfield options, who have both shown that, on their day, they are a match for any combination in European football.

Vinicius’ performance against Liverpool in the Champions League showed exactly why Los Blancos bosses were so keen to bring him to the club as a teenager.

Eden Hazard has yet to live up to his transfer fee, but another summer to build up fitness, could finally see him beginning to repay some of that outlay.

In the centre, replacing Karim Benzema is a task that very few strikers in the world would be able to manage. Haaland may be the exception.