Real Madrid coach Julen Lopetegui said questions about his future were not for him to answer before receiving the backing of the club’s hierarchy following an unconvincing 2-1 Champions League victory over Viktoria Plzen.

Goals from Karim Benzema and Marcelo helped Madrid end a run of five games without a win, but a 78th-minute reply from Patrik Hrosovsky spoke to their ongoing vulnerabilities days before El Clasico.

Speculation has persisted that Lopetegui, appointed in the summer, could be sacked before Sunday’s game against Barcelona, but the former national team boss said he would prepare for the match until told otherwise.

“This question is not for me,” he said in his post-match press conference. “I am convinced about what we are doing and we are thinking about preparing for Sunday’s game, which is very important and one for which we have great ambition.”

And speaking on Movistar’s coverage after the match, club director Emilio Butragueno said Lopetegui would indeed be on the bench in Barcelona.

“Yes, yes, as normal,” he said when asked about the coach. “We must prepare well for the match. In this type of situation it is important to remain calm and trust the players.”

Given the magnitude of Sunday’s game, it may only prove a temporary stay of execution depending on the result.

Asked if victory over Plzen could settle the sense of crisis around the club, Lopetegui said: “That is for you to decide. For us it was important to win this game. We wanted to do it in a comfortable way, but we have missed many chances again.”

The game was played in a strange atmosphere at the Bernabeu, with Lopetegui hearing the whistles of the crowd.

“I have not felt anything out of the ordinary,” he said of the crowd. “The fans treat us spectacularly well. But they wanted a bigger victory and maybe that’s why there are whistles.” 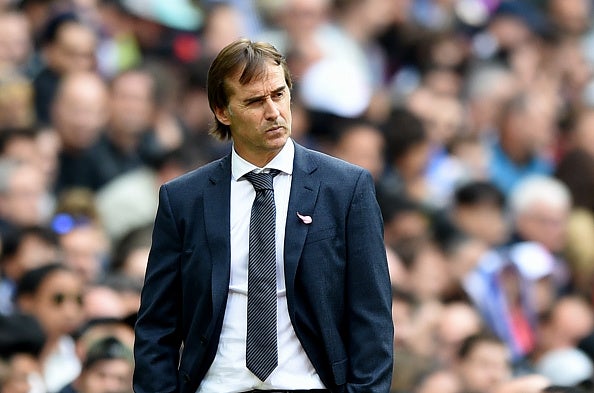 Lopetegui said the missed chances concerned him, but believes his side will take confidence from the victory and that will help ease the problems.

“We have not been able to finish the game off with more goals despite the chances,” he said. “We wanted to play well and win. At times we deserved more but we have been having a hard time scoring. The priority was getting three points and ending a streak that has gone on too long.

“We have broken the run of not winning and we have taken a step forward. Now we must put the two things together.”

Goalscorer Marcelo was substituted late in the game with a knock, and Lopetegui said the Brazilian would need to be assessed before the weekend.

“He took a heavy blow so we will have to see,” he said. “In the next 48 hours we will know so I must be optimistic.” 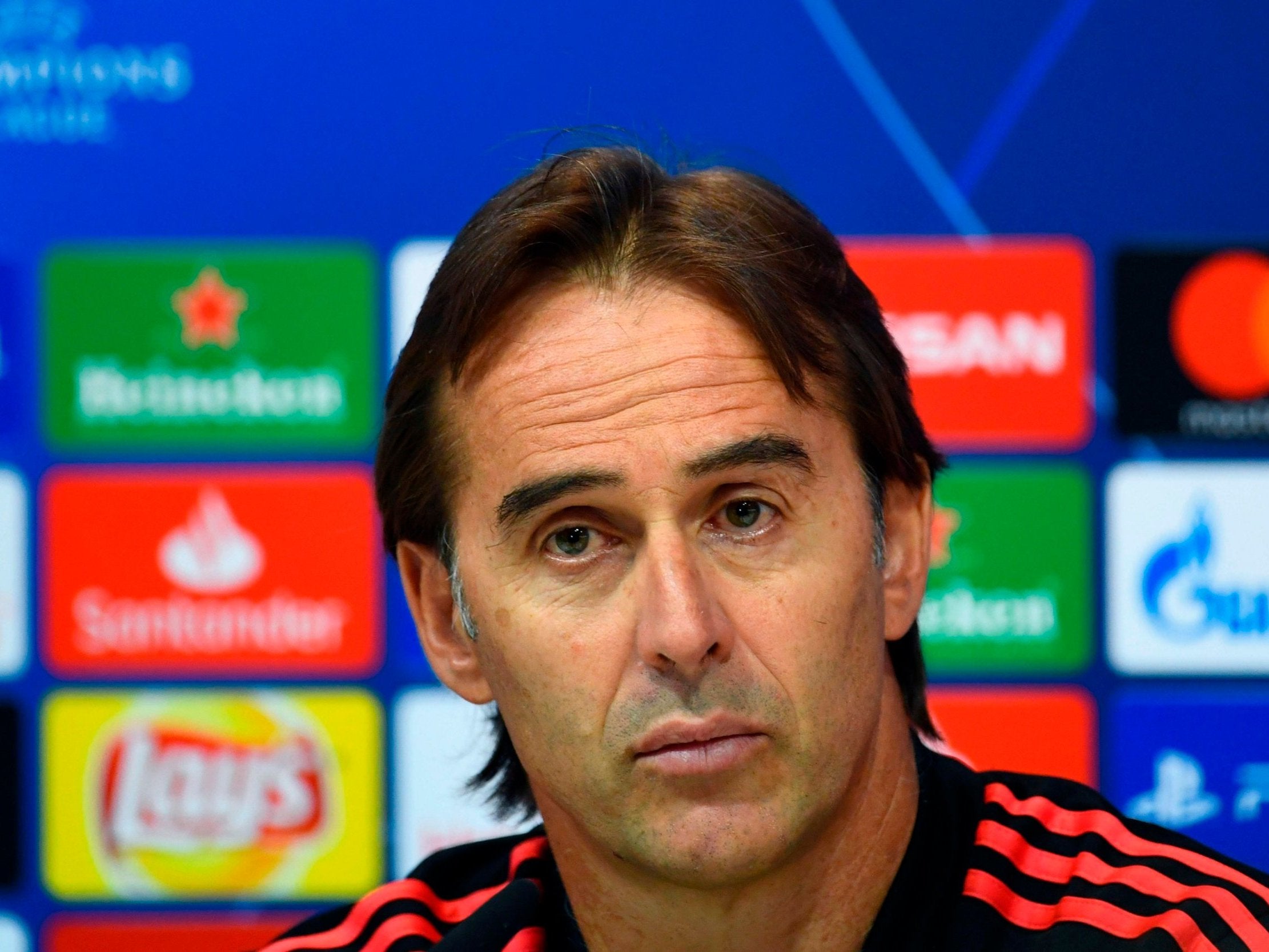 Plzen coach Pavel Vrba was disappointed his side could not take their chances in a match they might well have won, but expressed pride at the way they competed.

“I think we played a very good game,” he said. “We had many chances but so did Madrid. I’m so we did not take any points from the game.

“I was happy to show here in Spain that we can play good football, because the Czech Republic is a much smaller country.

“I’m not going to talk about budgets, but we have shown we can compete against a team of this stature.”

October 24, 2018 Soccer Comments Off on Real Madrid will have Julen Lopetegui in charge for El Clasico against Barcelona, insists under-fire manager
NFL News