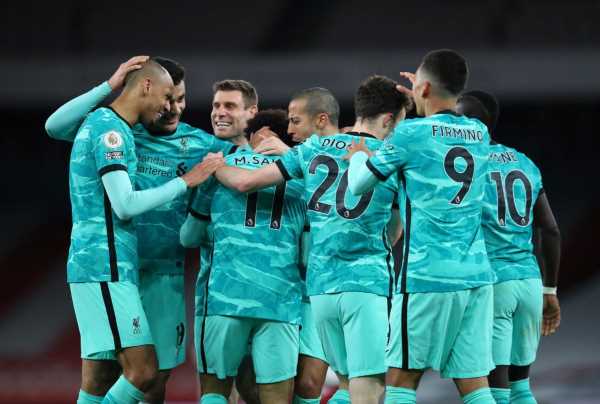 Liverpool resume their quest for silverware in a clash of two genuine European heavyweights, as they head to Real Madrid for the Champions League quarter-final first leg.

The Reds reached this stage after topping their group and beating RB Leipzig in the round of 16, with the second leg of that tie being the start of a current three-match win streak. Jurgen Klopp’s team had struggled for results prior to that, but looked back to somewhere near their best in a weekend demolition job against Arsenal.

In fact, Liverpool have had few struggles on the road this year despite dropping off the pace in the Premier League; they have won seven of their last nine away games in all competitions, with the only two defeats coming against second- and third-placed Man United and Leicester.

It’s at home where the Reds have really struggled, meaning they might well look to this first leg as all-important to get their noses in front and have plenty to fight for when Real Madrid visit Anfield in just over a week.

The game kicks off at 8pm BST on Tuesday, 6 April.

The match will be shown live on BT Sport 2. Subscribers can also stream the match via the BT Sport app and desktop website.

Real Madrid boss Zinedine Zidane has confirmed that Eden Hazard will miss out through injury, while Sergio Ramos is also sidelined and Fede Valverde is a big doubt. Dani Carvajal is also a long-term absentee.

Liverpool remain without their three centre-backs who are out for the season in Virgil van Dijk, Joe Gomez and Joel Matip, while Jordan Henderson is also not expected to feature again this term in midfield. Divock Origi and Caoimhin Kelleher are doubts, but neither would have started the game.

The Reds’ improved form could prove vital as they look for an away goal, especially given the injury absences for the home side. Real Madrid 1-2 Liverpool.