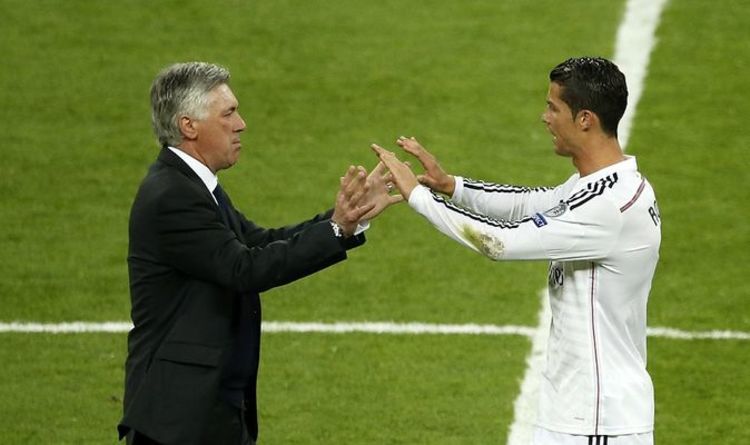 Real Madrid manager Carlo Ancelotti has shut down speculation regarding his interest in a reunion with Juventus forward Cristiano Ronaldo. On Tuesday, the Italian boss took to Twitter to confirm he has no interest in bringing Ronaldo to the Spanish capital this summer.

Ronaldo has recently been linked with a move away from Juventus, with Paris Saint-Germain suitors.

More recent reports suggested Ancelotti wants to reunite with the 36-year-old at Real Madrid, eyeing a move in the ‘next few days.’

However, Ancelotti’s latest tweet, translated into English, read: “Cristiano is a Real Madrid legend, and he has all my love and respect.

“[But] I have never considered signing him. We look forward.”

Kylian Mbappe has entered the final 12 months of his PSG contract and is reportedly unwilling to extend his stay in the French capital.

In turn, the Ligue 1 giants are eyeing Ronaldo to replace Mbappe in Mauricio Pochettino’s star-studded attack.

Ancelotti’s denial over Ronaldo returning to Madrid makes sense, though, as Real is where Mbappe wants to go.

While much movement is unlikely this summer, Mbappe joining Ancelotti at Real, prompting Ronaldo to join Lionel Messi at PSG, is a real possibility next year.

**We’ll be bringing you the very latest updates, pictures, and video on this breaking news story.

For the latest news and breaking news visit:https://www.express.co.uk/sport/football