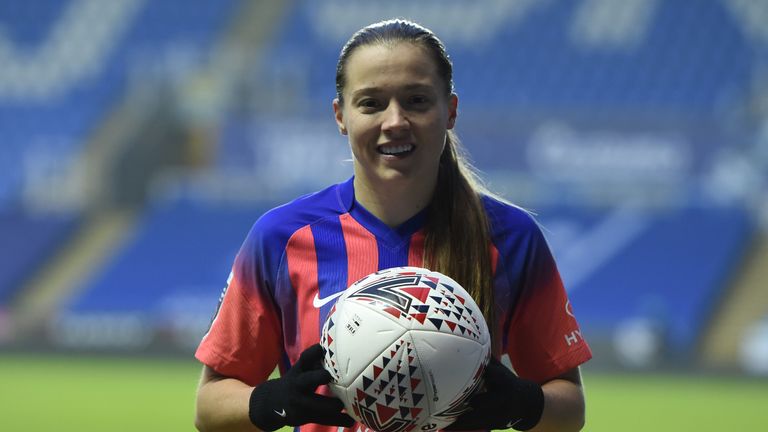 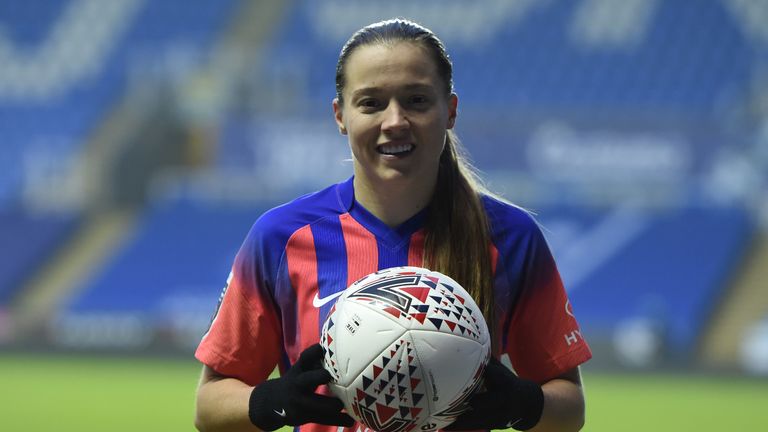 Fran Kirby scored four against her former club as Chelsea thrashed Reading 5-0 at the Madejski Stadium in the Women’s Super League.

The reigning champions closed the gap to Manchester United at the top of the WSL with Ji So-yun also on target in the only game not postponed on Sunday.

Kirby netted a first-half hat-trick and added her fourth eight minutes after the interval before Ji completed the scoring in the last five minutes.

3 – Fran Kirby has scored just the third perfect hat-trick by any player in @BarclaysFAWSL history, after Beth England v Yeovil in May 2019 and Vivianne Miedema v Reading in October 2018. Magic. pic.twitter.com/EGtH6EGXRS

Chelsea took the lead after 16 minutes as Kirby picked up a long-ball, darted round goalkeeper Grace Moloney and slotted home.

The in-form striker then shook off Emma Mitchell and struck once again seven minutes later, only to add a third in first-half stoppage-time after connecting with a cross from Samantha Kerr and scoring with a cushioned header.

The second half continued in the same vein, with the England forward scoring a fourth in the 53rd minute, heading home a fizzed-in corner from Guro Reiten.

Kelly Chambers’ team battled well, with their best chance falling to Jess Fishlock, but the mid-table side were unable to restrain the wealth of attacking options on the Blues bench.

Substitute Ji came on to score the fifth in the 86th minute, drilling the ball home and securing victory.