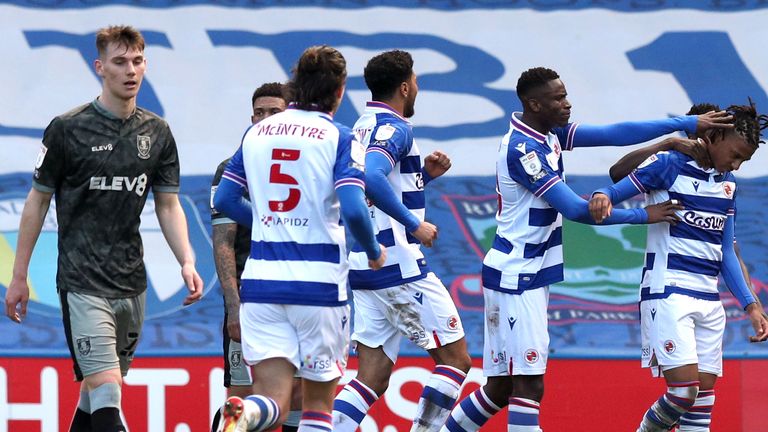 The Owls’ relegation plight took a turn for the worse when defender Julian Borner was sent off in the 29th minute for bringing down George Puscas.

Michael Olise calmly slotted in the resultant spot-kick to put the Royals in front.

Reading dominated the second half, with top scorer Lucas Joao pouncing in the 65th minute for his 21st goal of the season and Andy Yiadom sealed the win two minutes from time with a fine angled shot. 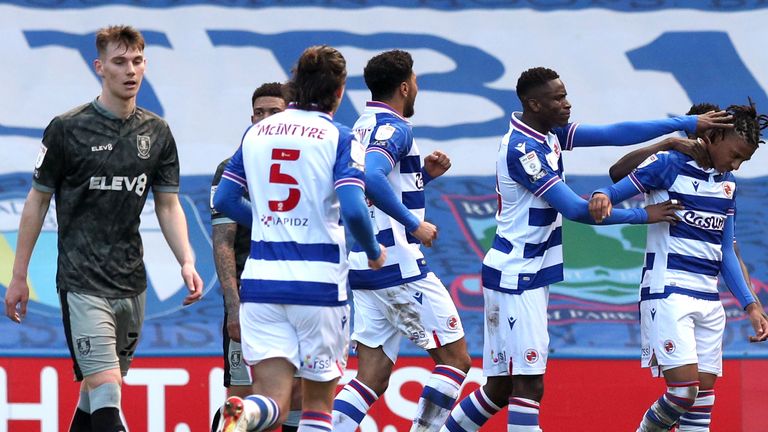 After a poor run of four defeats in five matches, Reading had arrested the slide with successive 1-0 wins over Rotherham and Blackburn.

Darren Moore, appointed Wednesday manager on Monday after leaving League One Doncaster, oversaw a 2-1 home defeat to 10-man Rotherham in his first game in charge in midweek and his side had lost five straight games going into the Madejski Stadium clash.

Reading were without winger Ovie Ejaria, the latest player to join the extensive home casualty list, and manager Veljko Paunovic was suffering, too.

He sustained a shoulder injury when taking part in a training session in midweek and wore a sling on his left arm while standing in the technical area.

Although Reading began brightly, Wednesday could have gone ahead from a Kadeem Harris corner. Defender Tom Lees rose alone at the far post but nodded the ball against the crossbar.

Reading went in front on the half-hour. Puscas raced clear of the visitors’ poor defensive cover and was clearly brought down by Borner, with the German centre-back picking up Wednesday’s seventh red card of the season.

It was also the fourth successive league fixture against Reading in which the South Yorkshire team had had a player dismissed.

Joao was relieved of his usual penalty-taking duties – having missed three of his seven attempts this term, including in the 1-0 defeat at Wycombe last month.

Olise stepped up confidently to beat Joe Wildsmith from the spot for his fifth goal of the campaign.

Wednesday survived until the break without further damage but Joao twice went close to stretching the home side’s lead early in the second period.

First, he flicked on an Olise corner to the near post only for the ball to bounce off the bar to safety and he then volleyed wildly wide from an excellent Olise cross.

But their pressure paid off midway through the half when Joao expertly finished from inside the box.

Yiadom then settled the issue in the 88th minute, cleanly drilling home his first goal of the season.