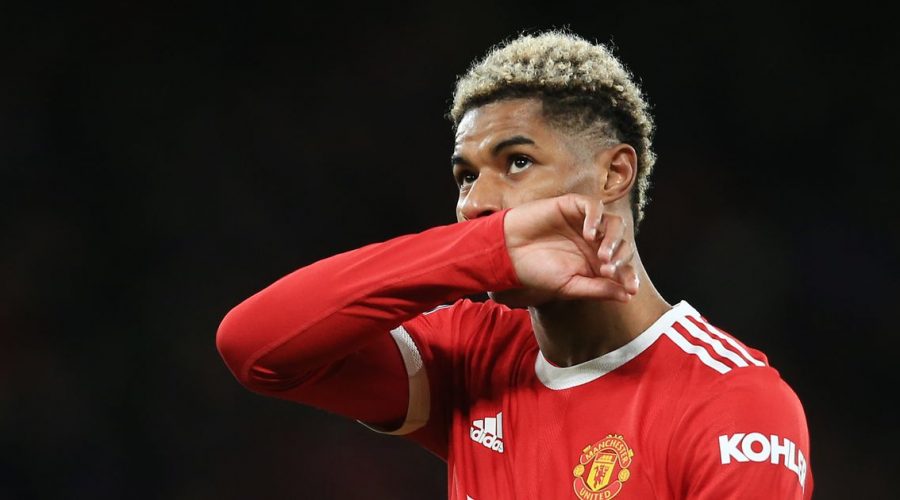 When it comes to helping those in need, Marcus Rashford's place in history is secured.

The huge mural dedicated to him on a wall in Manchester's Withington district, painted by street artist Akse , makes sure of this.

It's an everlasting tribute to the tireless work and contribution Rashford has made towards making the world a better place.

But those footballing gifts that gave him the platform to drive such brilliant change in the first place have now come into question, as the England and Manchester United superstar suffers one of the most difficult spells of his career.

Rashford was the next big thing when he burst onto the scene in 2016 and scored twice on his United debut in a Europa League tie against Midtjylland. He was just 18 and within months found himself propelled into the England squad for that summer's Euros. Since then he has played in two more major tournaments for the Three Lions, including a World Cup semi-final and gave his sport the impression he had the footballing world at his feet.

Back in Manchester, United were convinced Rashford was the next legend off the treadmill.

That he would spearhead an attacking force also including fellow homegrown stars Mason Greenwood and Jesse Lingard which would bring back the glory days to Old Trafford.

But few things in life are more fickle than football – and United's best-laid plans now look in danger of having to be ripped up and re-drawn. Rashford and Greenwood are not regular first choices, while Lingard has become an afterthought and will leave United. The likes of Cristiano Ronaldo, Jadon Sancho and Edinson Cavani have been drafted in to provide the cavalry.

Alan Shearer was damning of Rashford's performance during United's flattering 1-0 win over Aston Villa in the FA Cup on Monday night, which saw the striker receive ironic cheers from home fans when he was hauled off before the final whistle.

"I don't want to single out Marcus Rashford because he's low on confidence," said the former England captain, "and we don't know what’s going on in his personal life, but I just think everything looks a huge effort for him at this moment in time.

"There's no spark there, he looks very flat. I get he's struggling for a bit of confidence. Amazing work off the pitch, but certainly a lot of the times this season it looks as if everything's a chore. It looks like hard work for him and he doesn't seem to be enjoying it." Rashford might raise his game for England and retains the full confidence of Gareth Southgate.

But he now personifies the growing belief that United have not been coached properly for too long by a succession of failed managers and their staff.

Like Harry Maguire, Bruno Fernandes, Aaron Wan-Bissaka, Victor Lindelof, Fred and many more, Rashford's progress and development has stagnated. He looks lost when it comes to focus, direction and purpose.

The talent United have is not being maximised or exploited and with Ronaldo and Cavani approaching the end of their careers, the main concerns now surround the likes of those supposed to have United's future in their hands.

Former United assistant Steve McClaren reckons Rashford has an "attitude problem" he needs to get over.

He said: "I hate that attitude in a player. Body language is so, so important and that was the criticism of United players in the last few weeks, but Rashford has probably had this problem throughout his career in terms of questioning his attitude.

"He gets deterred too easily and doesn't fight through bad moments. He doesn't stay in the game. If he's not having a good first half, he'll never have a good second half.

"I just look at him and think that boy needs help, off the field and through the manager. Somebody needs to give him the tools to come out of the bad times, because he doesn't know how to and stays in it. It's a cloud above the head or even in the head, that he can't get out of."

So the message is clear to Rashford. He needs to forget about others for the time being and start helping himself.