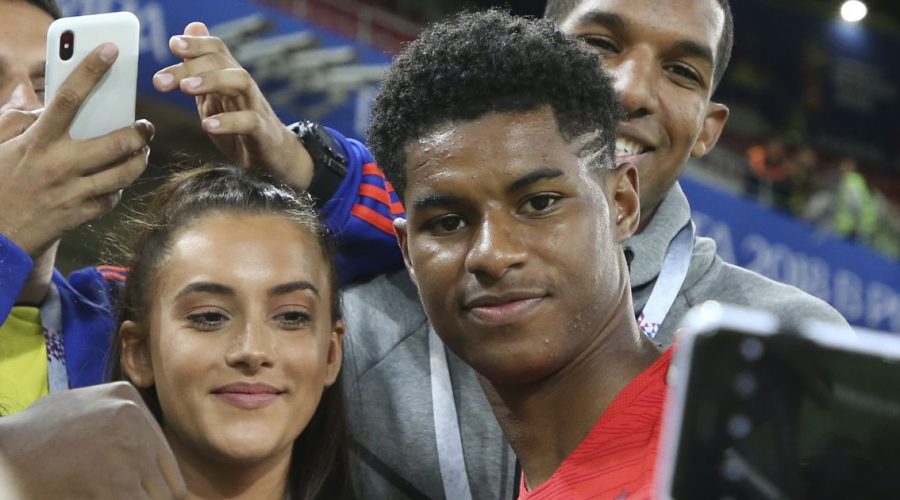 Marcus Rashford is understood to be dating his childhood sweetheart again eight months after a heartbreaking split that ended their eight-year relationship.

The Manchester United star has rekindled his romance with 24-year-old university graduate Lucia Loi following their break-up in May of last year.

Rashford and Lucia are believed to have become close again shortly before Christmas and she was spotted getting into his car following United's 1-0 loss to Wolverhampton Wanderers on January 3.

During their initial eight years together, Lucia had regularly been seen cheering on Rashford from the stands while he played for both United and England.

She was one of a number of wives and girlfriends who attended matches during the Three Lions' run to the semi-finals of the 2018 World Cup in Russia.

Lucia had posted a cryptic picture to her Instagram of a tattooed male's hand resting on her boot which fans believe to be that of Rashford.

A source told The Sun: “The intent for them to get back together has always been there.

“The break was good for their relationship as it offered them both space and assurance that they wanted to make this work moving forward.

Should Marcus Rashford be in the England squad for the World Cup? Let us know in the comments section below.

“They have been together since school so an opportunity to breathe and focus on themselves was important.”

Meanwhile, another source said: “They have a shared history. She is one of the people who knows him best. They got back together before Christmas and are taking things slowly.

“But they make each other happy and he knows she is loyal and he can trust her.”

The couple had split in May 2021 after eight years together after lockdown had put a strain on their relationship and created issues, with Loi moving out of Rashford's house.

At the time, a source had told The Sun that the pair still had a "strong mutual respect and love" for each other having been together since they were both 15.