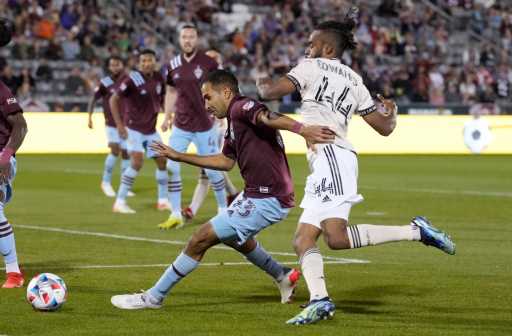 The Colorado Rapids will return their integral veteran presence along the back line this season.

Beitashour, 34, made 11 appearances for the Rapids last season and six starts. He had 566 minutes on the field. According to the MLS Players Association, he had a guaranteed salary of $165,000 last year.

“Steven is one of the most decorated and experienced defenders in our league,” Rapids General Manager Pádraig Smith said in a club statement. “His leadership and versatility contributed greatly to our conference-topping season in 2021 and we look forward to welcoming him back for another year.”

Beitashour joined Colorado as a free agent in September of 2020 and re-signed a one-year deal in December 2020. He made his MLS debut in 2010 with his hometown San Jose Earthquakes, and also played for Toronto FC where he won an MLS Cup in 2017, and LAFC.

Along with the signing of 21-year-old defender Aboubacar Keita on Wednesday from the Columbus Crew, Beitashour and Moor are expected to provide a veteran presence and continuity for a defense that gave up just 35 goals last regular season — fourth-fewest in the league.

“Few players are as emblematic of our club as Drew,” said Smith in a separate club statement. “His championship experience and leadership both on and off the field have been in an invaluable asset for us since rejoining the team so we’re delighted to have him back with us for another year.”

Moor is a two-time MLS Cup winner, and 2022 will make his 10th season as a member of the Rapids.

MLS SuperDraft finalized. Also on Friday, Major League Soccer confirmed the final details ahead of Tuesday’s 2022 MLS SuperDraft, which will be held virtually. Coverage kicks off at 12:30 p.m. MST on MLSSoccer.com, and the draft starts at 1 p.m.

The Rapids have two picks in the first round (Nos. 10 and 23), two in the second (Nos. 45 and 51) and one in the third (No. 79). The 10th overall pick came to the Rapids via the Mark-Anthony Kaye trade last July with LAFC, while the 45th pick came from the Kei Kamara trade with Minnesota United in Sept. 2020

University of Washington product Ryan Sailor, a defender from Centennial, is the lone Coloradan likely to be drafted. The Arapahoe High School and Real Colorado alum was a First-Team All-American this season and the Pac-12 Defender of the Year. He helped lead the Huskies to their first College Cup and national championship game appearance, falling to Clemson 2-0 in the final. The 6-foot-4, 180-pound central defender is projected to go anywhere from Nos. 10-25, a consensus first-round pick.