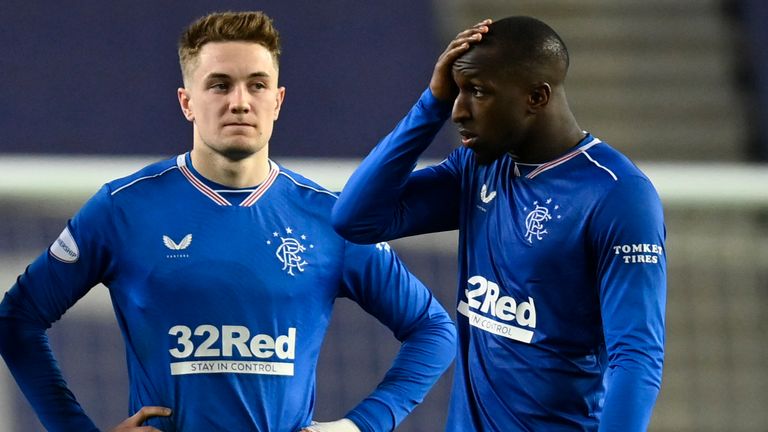 Rangers manager Steven Gerrard admits he is still coming to terms with their Scottish Cup exit at the hands of St Johnstone as he prepares his side for the final Old Firm game of the season.

The Light Blues were knocked out on penalties in the fifth round of the cup at Ibrox last weekend after the game had finished 1-1, something Gerrard admits is still a “little bit raw”.

He must now lift his players for the visit of Glasgow rivals Celtic on Sunday – live on Sky Sports – before they take on Livingston and Aberdeen in their final matches of their title-winning campaign.

“The cup situation is not sitting too well with me right now, it’s still a little bit raw from St Johnstone,” said Gerrard.

“It’s something that motivates me and I want to challenge everybody to put that right.

“If I was sitting here now with us League Cup champions and looking forward to a Scottish Cup semi-final but we were miles behind in the league, this season would be a massive failure.

“The main focus this season was the league. That’s not to say we didn’t want to go for everything, because we gave everything we could in terms of a European point of view and I think it was a really respectable performance from the players once again.

“We fell short in the cups domestically and that’s on all of us. We’ll have to put that right moving forward and we’ll strengthen the group when it is the right time to give us a better shot of it next year.” 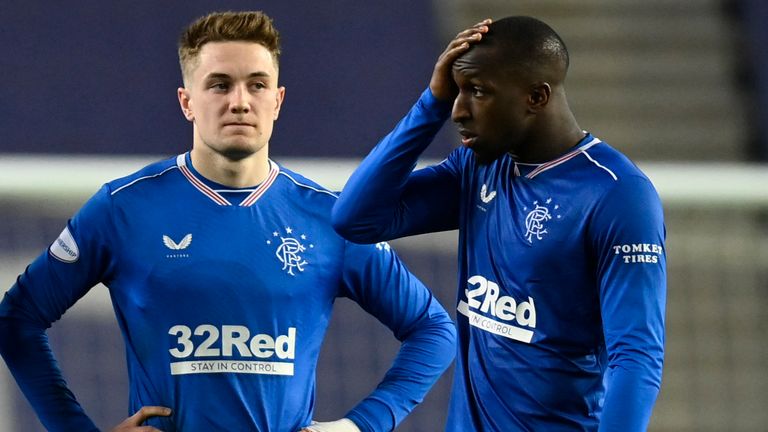 Gerrard confirmed he is already looking ahead to next season, when they must defend their Scottish title, while looking to go further in cup competitions than this one.

“We never wait, we’re always working in the background,” he added.

“We are obviously coaching the players on the training pitch and that’s the priority, to prepare the team from game-to-game.

“But a lot of extra hours goes in, even at home, during international breaks and off-season. It never stops, my dialogue with Ross [Wilson, Rangers’ sporting director] and the chief scouts in terms of trying to identify areas of the team that might make it stronger and give us a greater chance of success.

“It’s not a case of, ‘let’s wait until the final whistle against Aberdeen’, and then start talking about the next window.

“You could see with the arrival of Scott Wright and Jack Simpson, that we’re always trying to be on the front foot to try and stay ahead of the game.”