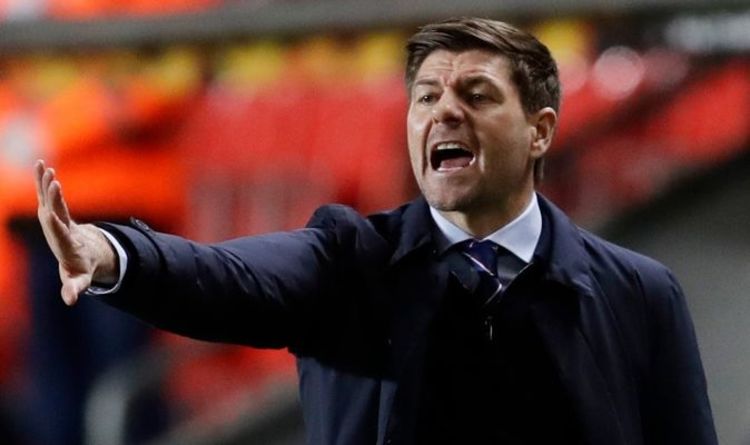 Rangers host Slavia Prague in the Europa League on Thursday night with a place in Friday’s quarter-final draw at stake. Steven Gerrard’s side are away to Celtic in the Old Firm derby on Sunday, but must field a strong team against Slavia with the tie finely poised at 1-1. Here, Express Sport looks at how the Scottish Premiership champions are likely to line up.

Allan McGregor made a superb save late on in Prague to ensure the tie was still level heading into the second leg.

And the 39-year-old has played all but one of the Gers’ Europa League matches this season, and has kept goal in the 18 league matches as Gerrard’s side marched to their title triumph.

And he will have to be alert again against Slavia, who eliminated Premier League side Leicester City in the previous round prepared for tonight’s clash with a 3-0 win over Mlada Boleslav in their domestic top flight.

LATEST: Sturgeon hits out at Rangers fans as Celtic match still not confirmed 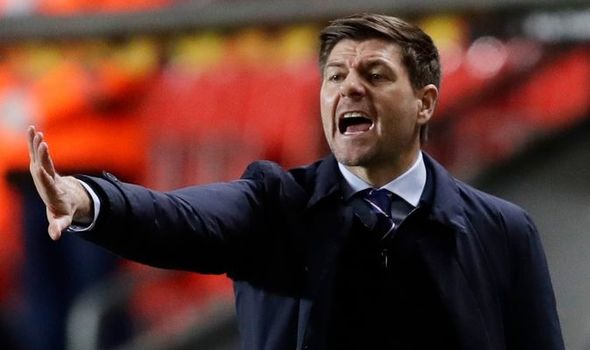 Connor Goldson and Filip Helander look set to remain at the heart of the defence after restricting Slavia to the one goal last week.

Left-back Borna Barisic is also likely to keep his place – although he is one booking away from a suspension in the competition.

Defender Leon Balogun is back from suspension, but is expected to start the game on the bench.

Gerrard has confirmed that Ryan Jack is an injury doubt after missing the first leg.

The 29-year-old is likely to be on the bench if he wins his fitness race.

Glen Kamara, Joe Aribo and Steven Davis are likely to retain their places in midfield, although Scott Arfield will be pushing for a start after coming on as a sub in the first leg.

Like Barisic, Kamara is one booking away from missing the first leg of a potential quarter-final. 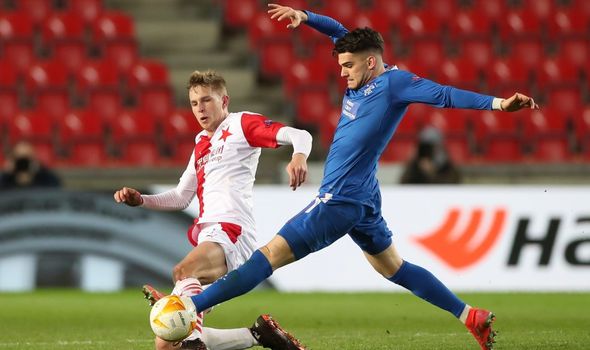 Kemara Roofe came off the bench late on in last week’s draw in Prague, and could start ahead of Ianis Hagi.

Alfredo Morelos looks set to continue up front, with former Liverpool prospect Ryan Kent on the left of the attack.

Forward Jan Kuchta and midfielder Peter Olayinka were rested for Slavia’s game on Sunday but have travelled with the squad and could be back in the Czech outfit’s lineup at Ibrox.