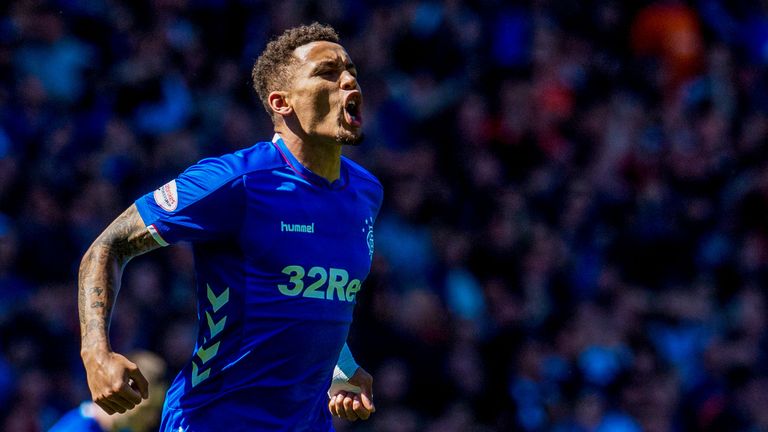 Rangers should sell striker Alfredo Morelos and use the money to strengthen other areas of their squad, says Kris Boyd.

The Colombia international scored 30 goals in the 2018-19 season but also received four red cards (a fifth was rescinded).

“If I was Rangers I would sell him because I think that if you can get the money that teams might be willing to pay, you can go and maybe strengthen your squad or your first team with maybe three or four other players who can make a big difference,” said former Rangers striker Boyd on the latest episode of Transfer Talk.

Rangers were unbeaten in the league games that Morelos missed through suspension, and Boyd believes that despite the 22-year-old’s goalscoring prowess, they may actually be a better team without him.

“I think when Alfredo Morelos plays, he plays up there on his own,” said Boyd. “A lot of things go through him being that lone striker – he plays a lot for himself.

“I thought Rangers last season towards the end, finished very strongly with Scott Arfield and Jermain Defoe up front. It looked a totally different team. They looked like a team that were playing together.”

Rangers captain James Tavernier has also been linked with a move away from Ibrox. But Boyd wants the club to do everything they can to persuade the 27-year-old, who scored 17 goals from right-back last season, to stay. 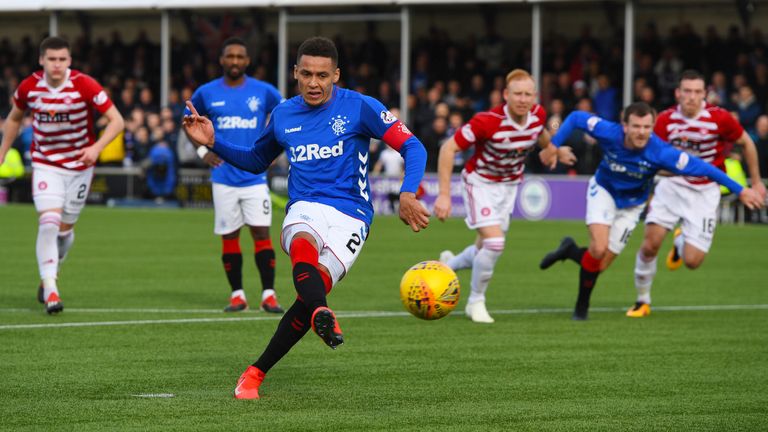 “His record from the penalty spot was unbelievable last season,” Boyd added. “He brings so much more to the Rangers team going forward. He’s their outlet – he creates so many opportunities.

“We’re all caught up in this modern day full-back. When you see his stats from last year in terms of crosses and opportunities created, his goals – I know a lot of them came from the penalty spot but you still need someone to stand up there and take them.”

Another player that caught Boyd’s eye at Ibrox last season was winger Ryan Kent. The 22-year-old scored six goals and provided nine assists while on loan from Liverpool and Boyd thinks Rangers is an ideal place for Kent to continue his development.

“If Ryan Kent is going to be a Liverpool player, up here is perfect for him to learn the way that Liverpool play because Rangers are doing the same thing,” he said. 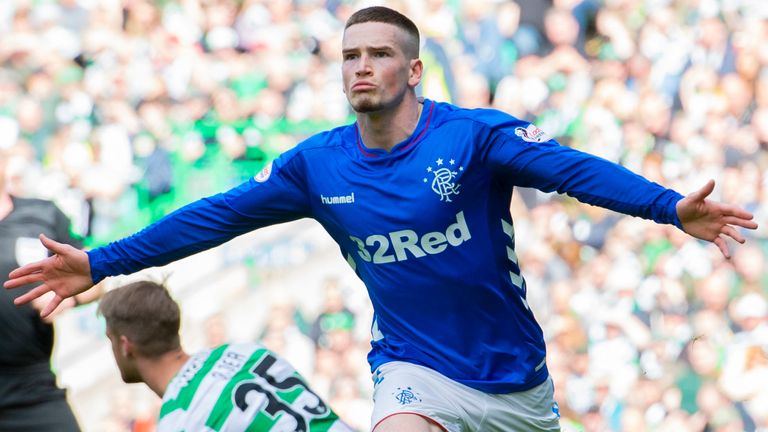 “In terms of their possession – they’re always on the front foot, they want to get their wingers on the ball to create chances and score goals. There’s no doubt Ryan Kent excelled in that environment last year. Whether he can do it again next year is a different question.

“But I think he’s a talented boy who will go far in the game and I think to learn the game, Rangers is the perfect environment for him. If he’s going to be a success at Liverpool I think he’d be better staying at Rangers rather than going to a team that’s at the bottom of the Premier League or a team in the Championship.”