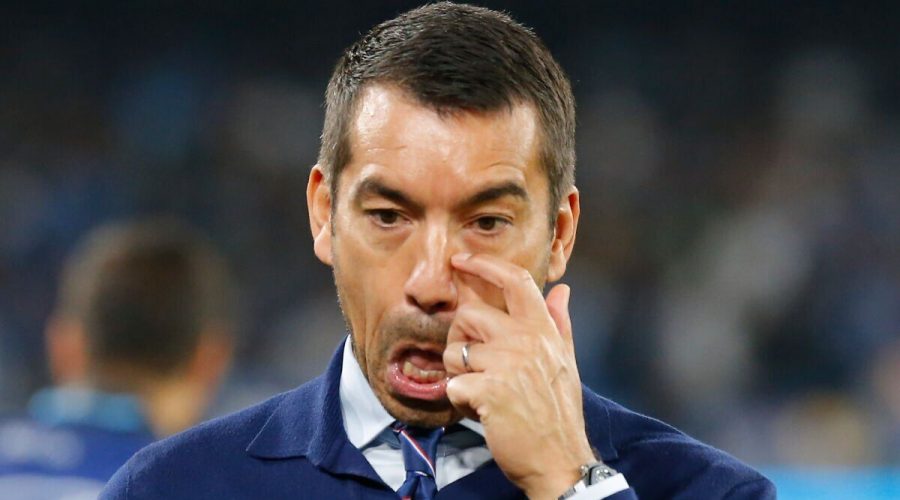 Rangers have taken the decision to sack manager Giovanni van Bronckhorst after a troubling start to the season. The Gers are nine points behind Celtic in the Scottish Premiership and they were dealt several heavy defeats in the Champions League, with four key contenders in contention to replace the Dutchman at Ibrox. Express Sport takes you through the quartet in question…

The former Liverpool and England midfield maestro took his first senior managerial job with Rangers in 2018, winning the Scottish Premiership without losing a single game in 2020/21. He eventually left to take up a Premier League post at Aston Villa, which lasted less than a year.

Now out of work, Gerrard is the bookies’ favourite to succeed Van Bronckhorst at his old stomping ground. It remains to be seen whether the 42-year-old would be willing to re-open the chapter, but short-term prospects of another Premier League job after an unsuccessful stint in the West Midlands appear slim.

One of Gerrard’s former team-mates at international level, many feel that Parker was hard done by when Bournemouth sacked him back in August after just four Premier League matches. The Cherries had beaten Aston Villa on the opening weekend before losses to Arsenal, Manchester City and Liverpool saw the axe wielded.

Parker has emerged as a last-minute contender to take the reins at Rangers following the news of Van Bronckhorst’s sacking. As the current second favourite behind Gerrard, the former Fulham boss could be about to land his third managerial position.

The 42-year-old has made quite a splash since stepping into management with Queens Park Rangers earlier this year. The Hoops sit seventh in the Championship, firmly in the hunt for promotion via the play-offs.

Prior to his appointment at Loftus Road, Beale had served as an assistant at Sao Paulo and Aston Villa, as well as alongside Gerrard at Rangers between 2018 and 2021. A move back up north would therefore be a logical one in many ways, but having rejected the chance to manage Wolves in October, it remains to be seen whether he would be willing to vacate his current post mid-season.

The man with the most managerial pedigree in this quartet, Dyche’s decade-long stint as Burnley boss ended earlier this year. The 51-year-old built up the Clarets to punch well above their weight in the Premier League and even took them to Europe.

Dyche has now been out of action for seven months and his traditional style of football may have proven a tough sell for potential new clubs. There’s no doubt that his approach has been effective in the past, however, which could stand him in good stead to achieve success north of the border if Rangers make their move.