Ralph Hasenhuttl has led a major transformation at Southampton since THAT defeat by Leicester with Danny Ings scoring goals, James Ward-Prowse flourishing and their relentless pressing… now they can go top of the table for the first time since 1988

There is a room upstairs in the pavilion at Southampton’s impressive training ground which has gained a reputation of almost mythical proportions.

It is where Ralph Hasenhuttl’s colleagues know he is most likely to be if they cannot find him elsewhere, in his office, the canteen or on the training ground with his coaching staff continuing to drill his team into a relentless pressing machine.

It is the analysis suite that is known as Southampton’s ‘black box.’ 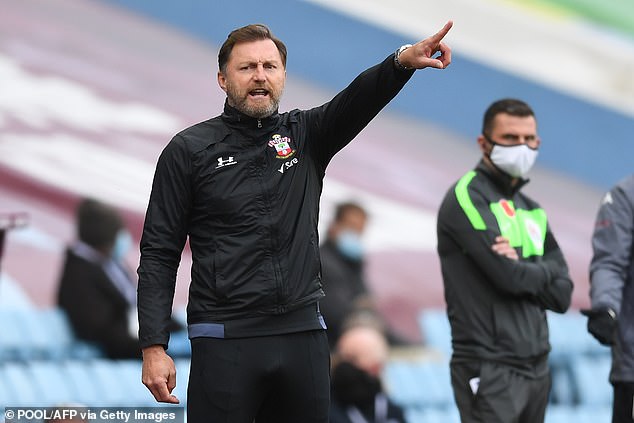 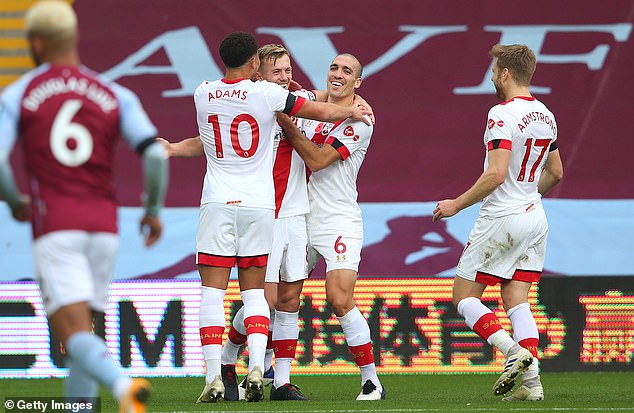 Just over 12 months on, James Ward-Prowse and Co have the chance to go top of the table

The room with the giant screen where hours could be spent watching, preparing and analysing footage of training, games, opponents or potential transfer targets.

According to some at the club, not since Mauricio Pochettino, who left in 2014, have Southampton had a manager who spends as much time reviewing sessions and team performances in the Black Box as the Austrian. One of Hasenhuttl’s biggest strengths, club insiders say, is how prepared he is.

‘In the last few years they lost their way with managerial appointments but this one has got them back on track,’ one source said. ‘He is the magic dust and the real deal.’

Another explained how Hasenhuttl has an X-Factor that is hard to put a finger on but all the best managers have.

If Southampton beat Newcastle tonight, Hasenhuttl will have steered them to the summit of the top flight for the first time since 1988. Even if it’s just for a matter of hours it will represent a remarkable high-point for the south coast club.

And one that would have seemed impossible to even contemplate a year ago after their 9-0 humiliation against Leicester. 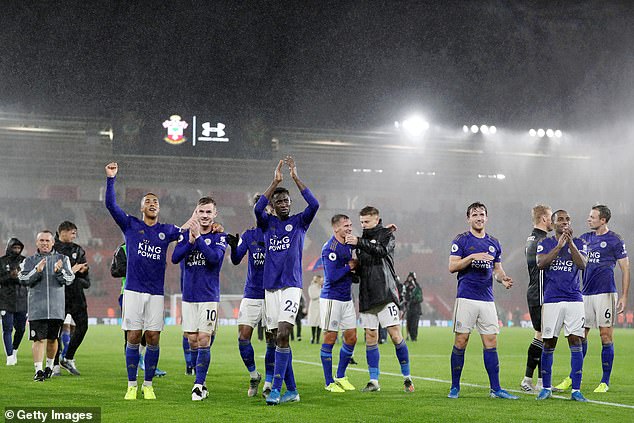 It was the traumatic night Southampton would understandably much rather forget. But when considering where they are now it remains impossible to ignore.

In the crunch talks that followed the morning after the defeat that rocked Southampton to the core, they did not centre on Hasenhuttl’s future despite obvious fears, even among players, that he was on the brink of the axe.

Instead the focus was on hitting the reset button, getting back to basics and regaining the trust of supporters through actions rather than words.

For Hasenhuttl, that meant returning to what he knew and the approach which put him on Southampton’s radar in the first place.

Circumstances meant Hasenhuttl had to veer away from what he had originally planned following his appointment, to keep them up after arriving in December 2018 and then after a disappointing start to his first full season culminated in the Leicester loss.

The nature of the humiliation meant the only way out was to respond. It was not a setback that could be easily brushed off. 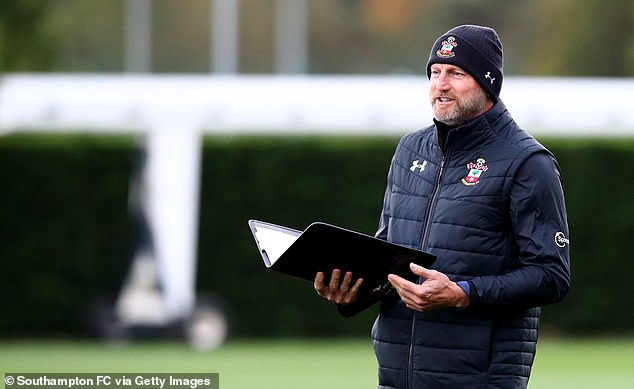 Hasenhuttl got back to his preferred formation and tactics, ending last season very strongly

Looking back now, and whisper it quietly, some around the club are now able to see an upside to the huge setback because of what has come from it.

Initially, though it felt like they were in the trenches with hard hats and defiant attitudes required amid all the fire and flak that was coming their way.

They needed to grit their teeth and fight through the next fortnight – two games against Manchester City and one against Everton – to get to the international break when Hasenhuttl could really get to work.

His ability and determination to find a solution when others may have been at a loss impressed many around the club.

Hasenhuttl became notably more open to listening to others, including his players, post-Leicester while his coaching staff, reshuffled after the summer departure of assistant Danny Rohl, also became increasingly influential and had a greater scope to affect things.

Having previously tinkered with formations to try and get the best out of his squad Hasenhuttl’s favoured 4-4-2/4-2-2-2 returned for good and a 2-2 draw at Arsenal kick-started their resurgence.

Southampton finished last season brilliantly, losing just one of their Project Restart games, and after a brief stumble at the start of this campaign, have got back on track. 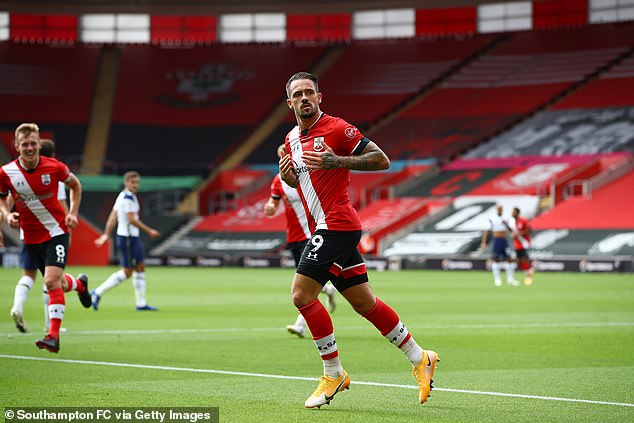 Danny Ings has been one of the league’s best strikers, working his way into the England squad

Central to why things are going so right now is simply time.

Hasenhuttl celebrates two years in charge next month and his players have had more of it to become more accustomed to his methods, their roles in it and the fitness levels required to carry out his plan.

It is high-energy, high pressing, involves front-foot defending, influenced by the style of his former club RB Leipzig and his time in Germany. It requires hours of tactical work to effectively re-coach players and ensure they understand their duties as they do now.

Hasenhuttl, described as ‘an excellent tactician’, talks frequently about ‘automatisms’ and does not like hearing his players talking on the pitch because, to him, that means they do not know where they should be or what they should be doing. It takes time to get a group of players that well-drilled.

So too do all the team meetings and analysis that are key to Hasenhuttl’s approach. It has been noted that all the best managers are obsessives and Hasenhuttl ticks that box.

With all his philosophy involves, it is easy to see why the short gap between last season and this was a source of frustration for Hasenhuttl. 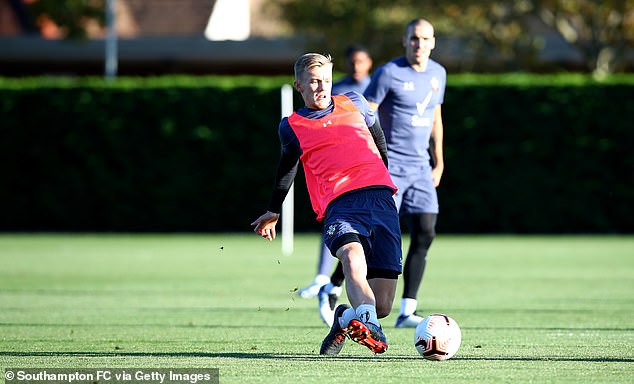 Subsequently, going out of the EFL Cup in the first round against Brentford was no bad thing. It freed up space in Southampton’s congested schedule and gave him extra training and preparation time.

Now up to speed again, Hasenhuttl’s players take ‘massive pride’ in their pressing game. The success of it has only increased belief in the manager’s and his methods which is now described as overwhelming.

They have become more efficient at hunting down teams, understanding the importance of doing so in unison because if one player misses a trigger the whole tactic can fall apart.

Southampton’s players enjoy doing it too and believe that even the league’s biggest sides can’t live with them if they get it right.

And with some teams struggling for motivation playing without crowds, the last thing they will want to face is a side who relish hassling the life out of opponents.

The next stage in Southampton’s development is to continue becoming better on the ball so they can maximise possession when they regain it.

There are few doubts that will come given Hasenhuttl has already displayed his ability to significantly improve players and his team, another reason he has been likened to Pochettino. 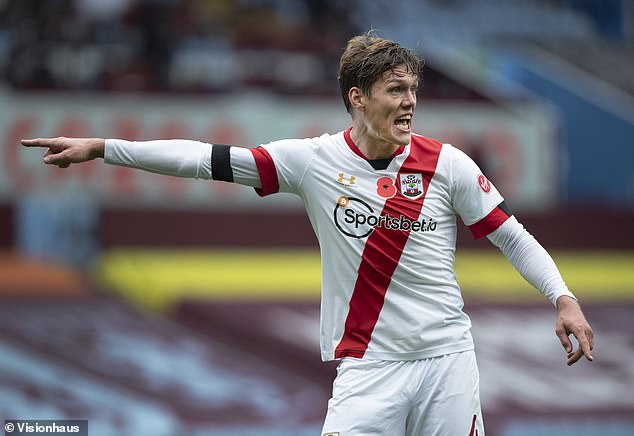 Hasenhuttl is considered such a good fit for Southampton – something that was considered in the Leicester post-mortem – partly because of how much he buys into a key part of the club’s philosophy about turning potential into excellence.

Finding a manager so aligned with a club’s vision, St Mary’s chiefs knew, was not easy. Pochettino showed how it worked at first team level by developing so many players into England internationals, including Rickie Lambert.

Jose Fonte going from a League One defender to Euro 2016 winner while at Southampton is another example of the south coast club’s vision in action.

A number of players from Mark Hughes’ time remain at the club but are now much more effective under Hasenhuttl.

James Ward-Prowse, for example, could hardly get a look-in under Hughes but is now rejuvenated, club captain and in the England squad.

Danny Ings has also flourished into one of the league’s best strikers under Hasenhuttl and earned an England recall. His teammates love him, think he is ‘unbelievable’ and are stunned he is not now first-choice back-up to Harry Kane for England.

Jannik Vestegaard has gone from looking on the way out to finally showing signs of being the commanding defender Southampton thought they’d signed when he arrived in 2018.

He has benefitted from having time to learn Hasenhuttl’s ways and also is often-heard yelling instructions to be calmer in possession at the back. 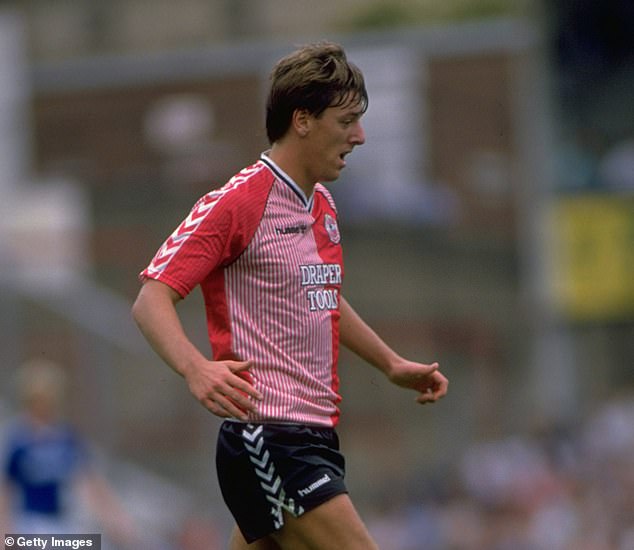 Ings, Ward-Prowse and Vestegaard may have been among the recent headline grabbers but they are not alone. ‘Every player he has improved and that’s down to the quality of his coaching,’ a source said.

Indeed, some now feel that stopping Southampton is no longer as simple as nullifying Ings. That will be put to the test with Southampton’s star man out following knee surgery for up to six weeks.

It remains to be seen just how far Southampton can go. For now they are not getting carried away and just hoping to maintain their form.

But in a season that appears more open than usual the door is open for the Premier League’s potential surprise packages to make an impression in the top half of the table.

Just over a year on from their night to forget, Southampton are united, recovered and have put themselves among that group of clubs.

November 6, 2020 Soccer Comments Off on Ralph Hasenhuttl has led a major transformation at Southampton
NFL News