‘The Boss is watching’: Leicester fans convinced rainbow over King Power stadium during walk to honour Vichai Srivaddhanaprabha is a sign

Leicester fans were convinced their late chairman Vichai Srivaddhanaprabha was watching over them as they marched to honour his life on Saturday afternoon.

Supporters walked from Jubilee Square to the King Power Stadium and were joined by Leicester stars including Harry Maguire and James Maddison before their match against Burnley on Saturday – the club’s first home match since Srivaddhanaprabha and four others tragically lost their lives in a helicopter crash.

And as the march came to a close, a rainbow appeared in the sky over their stadium – and it didn’t go unnoticed.

Scroll down for tribute video 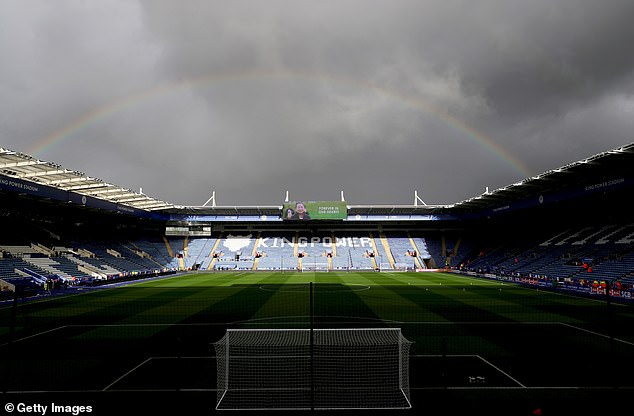 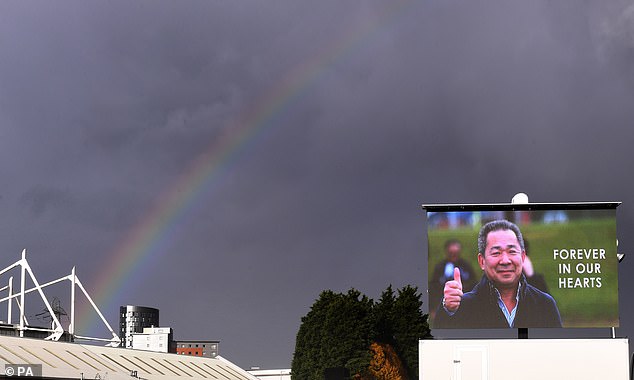 One fan wrote on Twitter: ‘#WalkForVichai ends with a rainbow into the King Power stadium how fitting. Rip Vichai. Leicester loves you more than you will know.’

Another one added: ‘A rainbow sighted over the King Power Stadium. The Boss is watching.’

The car park outside the stadium where those on board the helicopter’s lives came to a fateful end has now been transformed into a sea of flowers, Leicester shirts and decorative tribute. 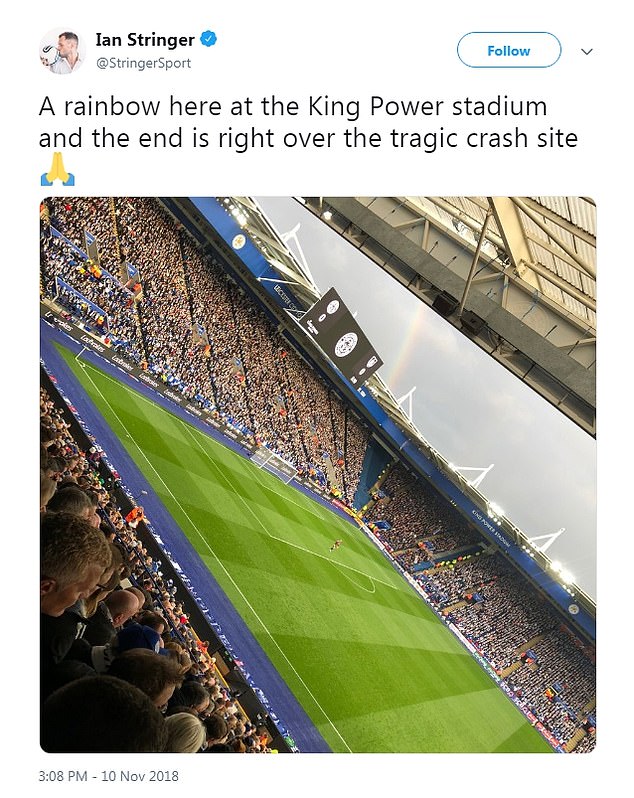 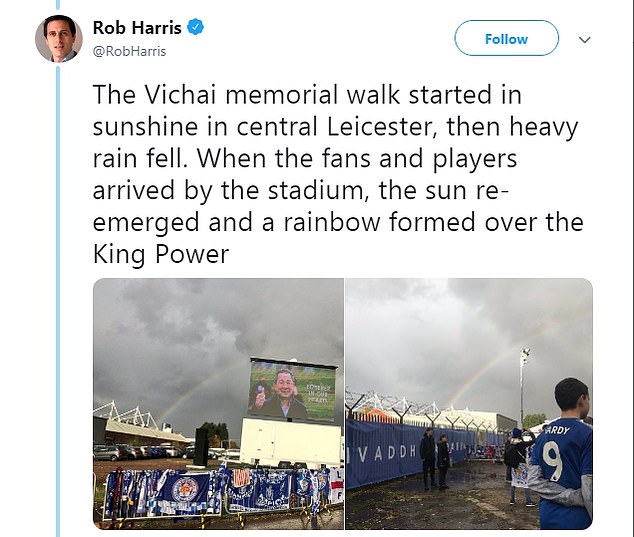 At the centre a large photograph of Vichai can be seen, atop a wreath reading ‘The Boss’ – the nickname everyone around the club gave the Thai businessman.

A book of condolence which was opened up in the immediate aftermath of the tragic events which took place two weeks ago remains available for fans to sign.

The club confirmed on Friday that a lasting tribute for Vichai will be placed outside the stadium, in the form of a statue for the 60-year-old. 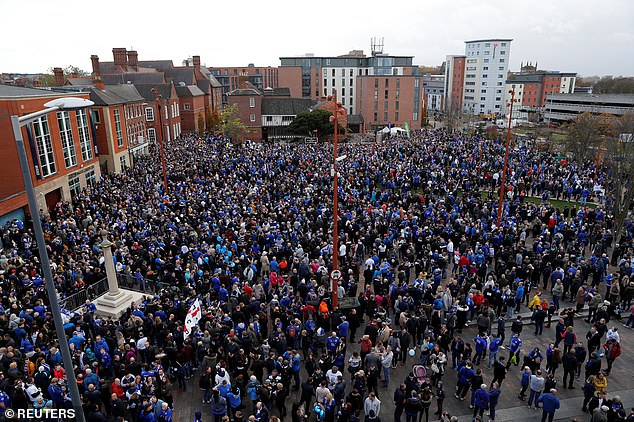 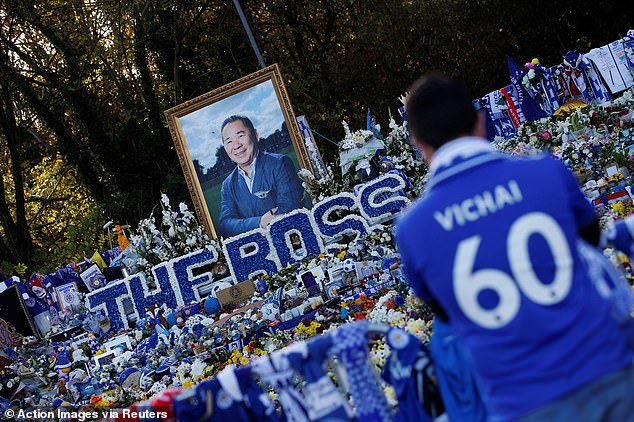 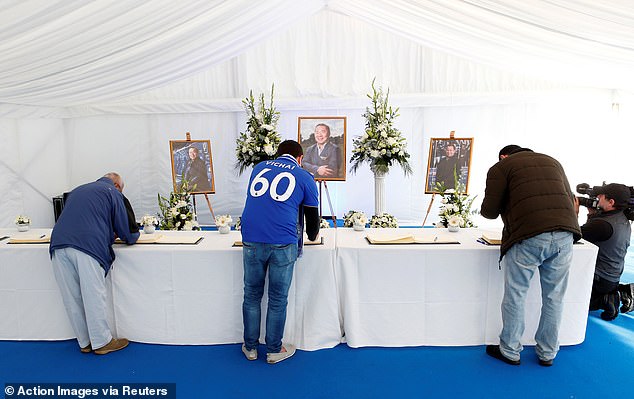