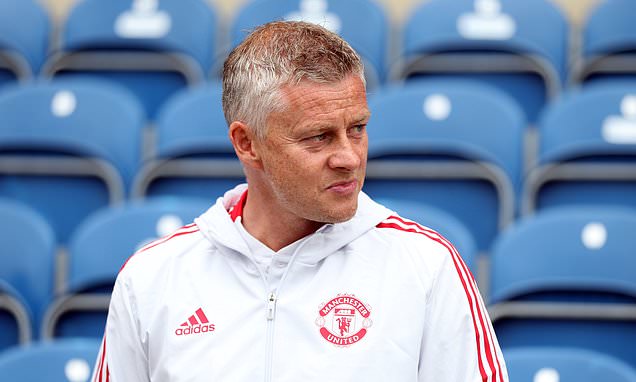 Manchester United step up their pre-season preparations as they take on Queens Park Rangers in West London on Saturday afternoon.

Ole Gunnar Solskjaer’s side are ramping things up as they bid to close the gap on Manchester City in the Premier League and lift their first piece of silverware under the Norwegian.

United are buoyed by the signing of Jadon Sancho for £73million, while Solskjaer has today put pen to paper on a new deal to extend his stay at Old Trafford.

Ole Gunnar Solskjaer was brought into steady the ship after Jose Mourinho’s departure and, two and a half years later, he is viewed as the man to restore the club to its glory years.

The Norwegian was today rewarded with a new contract, keeping him at Old Trafford until at least 2024.

If you didn’t know that Jadon Sancho is finally a Manchester United player, where have you been?

The 21-year-old completed his £73million switch to Old Trafford on Friday afternoon, with the club finally landing their man after over a year of negotiations.

Pre-season continues across the country this weekend, and we have live coverage for you as Manchester United face QPR.

It’s been a good week for United, with the club finally landing Jadon Sancho in a £73m move, while Ole Gunnar Solskjaer has put pen to paper on a three year deal.

Stay tuned as we build towards kick off, set to begin at 3pm BST.