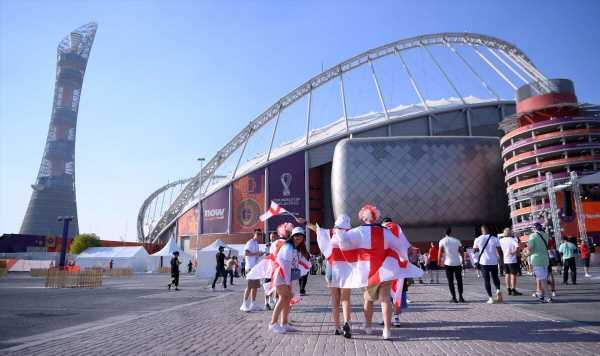 FIFA have ditched their plans to host a lavish ceremony before every World Cup fixture after receiving instructions from Qatar’s Supreme Committee, according to reports. The world governing body had planned to hold similar event to the opening ceremony on Sunday, which was widely criticised for its supposed hypocrisy, but have decided against implementing the plans.

FIFA had been rehearsing and planning for a similar show to precede every World Cup match, with 64 matches in total to be played in Qatar. But according to the Daily Mail, those plans have been scrapped and a scaled-down version will be used instead.

It will now last just two minutes, with a replica World Cup on display and each of the 32 participating nations’ flags featured.

It comes after Qatar’s opening ceremony proved to be an expensive flop, with American actor Morgan Freeman starring in the 30-minute show.

The report claims that Qatar’s Supreme Committee have now taken over the delivery of matchday events, which will result in events being more limited, despite FIFA president Gianni Infantino insisting the world governing body are ‘200 per cent’ in charge of operations.

Inside the stadium, seats were left unfilled while the ceremony was being shown to the world. Some broadcasters, including the BBC, chose not to show live coverage on its main channel – instead allowing viewers to watch on iPlayer.

There is also a concern over the lack of enthusiasm from the host nation’s fans after several thousands of seats were left unoccupied towards the second half of their opening match against Ecuador.

Qatar were left embarrassed after being outclassed 2-0 by their Group A opponents, with Enner Valencia scoring both goals and having one disallowed by VAR for offside. And the absence of their fans in the stands by the final whistle was evident, raising fears about the lack of interest from Qatari natives.

There have been a number of late changes made to scheduling, with fans left furious at the decision to perform a U-turn on alcohol being sold in and around stadiums after objections were put forward by the Qatari officials. Supporters have also hit out at the state of accommodation in fan villages, despite prices starting at £185-a-night, casting doubt on Qatar’s ability to host such a global event.

November 21, 2022 Soccer Comments Off on Qatar in another U-turn as FIFA scrap ceremony before England vs Iran
NFL News