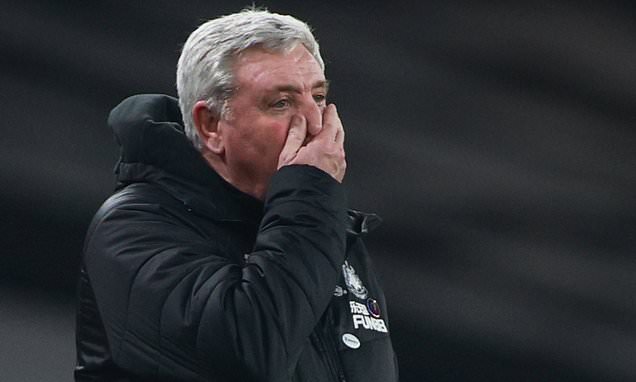 After another Cup knockout, Newcastle showed that under Steve Bruce they are like a boxer with a decent chin, but no punch – and have now scored once in EIGHT HOURS!

Newcastle United under Steve Bruce are like a boxer with a decent chin but no punch.

Throw what you want at them and they will resist for long enough to stay in the contest.

But when it comes to landing a blow of their own, they’ll take aim for your face and hit your cornerman. At least, that is, when they’re close enough to start swinging. 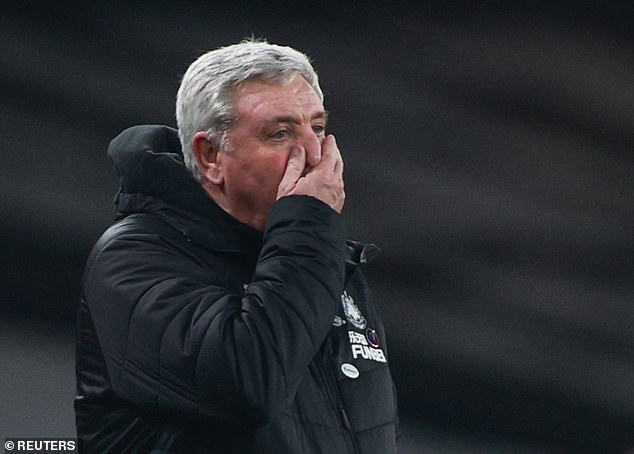 They have scored one goal in eight-and-a-half hours now and are without a win in seven matches.

Yet still Bruce emerged at the Emirates Stadium to talk of ‘progress’. In the context of what has gone before, he was arguably right. But it is a low bar for improvement.

They played okay against Arsenal. They soaked up some early pressure – they always do – and could have won the tie inside 90 minutes but for better finishing.

But therein lies the problem that threatens to drag them towards the bottom three. Tomorrow’s trip to Sheffield United is of far greater importance in that regard. 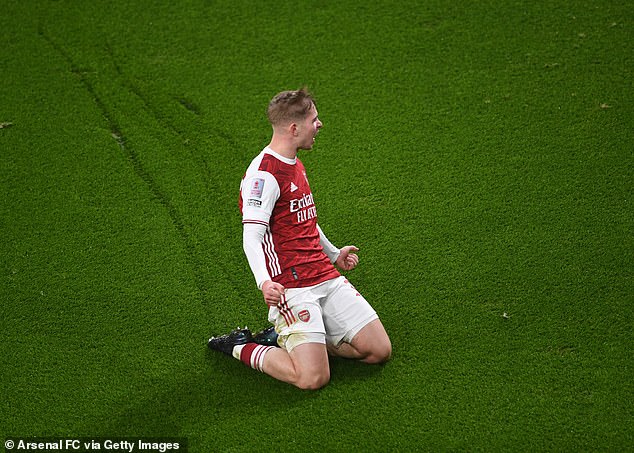 Arsenal, meanwhile, are looking up in the League and forward in the Cup. This was a fourth straight victory and they have winnable games to follow, Crystal Palace and Newcastle at home.

Bruce often made mention of the Gunners being below Newcastle in the table before Christmas. But these sides are heading in very different directions now.

Mikel Arteta, albeit belatedly, found a way to get his game-changers into a position of influence and the holders advanced thanks to extra-time goals from Emile Smith Rowe and Pierre-Emerick Aubeameyang.

But it was Kieran Tierney and substitute Bukayo Saka who again provided the spark for improvement after 90 minutes in which Arsenal, at times, looked back to their stodgy, pre-Christmas worst. 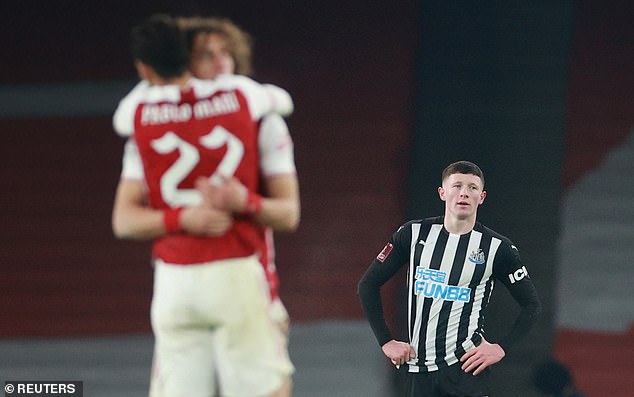 Arsenal have progressed, and are also climbing in the league while Newcastle languish

Finding a way to win games is a fine quality, though, and there has been enough evidence of late to suggest Arteta has identified those who can make a difference when deployed correctly.

By contrast, Bruce is 18 months into his job and still talks of ‘getting the team further up the pitch’ and ‘passing the ball a little bit better’.

In truth, they are nothing more than that battered boxer who stays on his feet and occasionally shades a bout on points.

A wider observation is that the club has not beaten a Premier League opponent since 2012 in this competition.

For when it comes to the cups, it’s invariably a knockout for Newcastle.