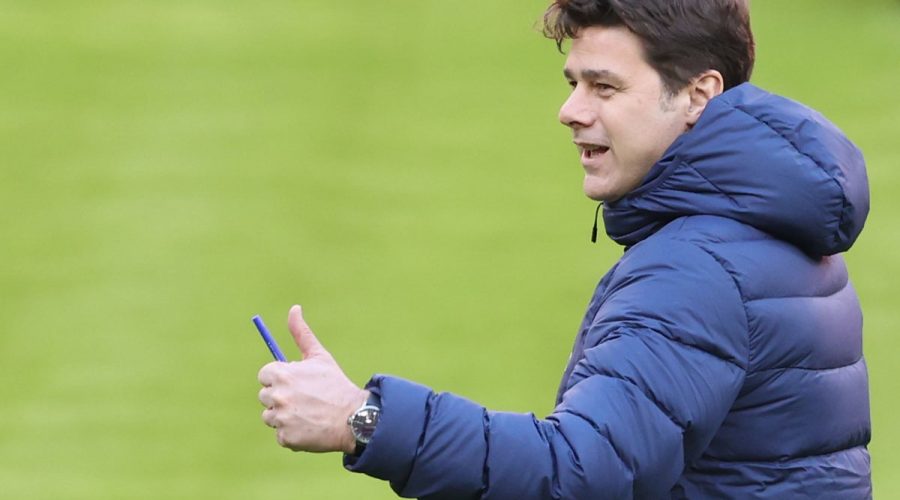 PSG and Manchester City clash at the Parc des Princes in the second of this season’s Champions League semi-finals.

The French champions earned their place in the last four with victories over Barcelona and Bayern Munich, while City saw off Borussia Monchengladbach and Borussia Dortmund to reach this stage.

It may be that PSG’s run to the semi-finals was more impressive, but they will be visited by a City side in imperious form.

Pep Guardiola’s team won a fourth successive Carabao Cup with victory over Spurs on Sunday and are on the verge of securing another Premier League title.

They may be slight favourites, then, though this is an unquestionably difficult game to call.

The match will kick-off at 8pm BST on Wednesday 28 April.

It will be shown live on BT Sport 2 and BT Sport Ultimate, with coverage getting underway from 7pm. The match is also available to stream for its customers on the BT Sport app and website.

A fully fit City squad means Guardiola will have the pick of the bunch at the Parc des Princes. Kevin De Bruyne will be available again, after playing for the majority of his side’s League Cup victory over Spurs. Thankfully for them, John Stones’ suspension for his move on Aston Villa’s Jacob Ramsey is domestic, so the Englishman could be expected to feature at the back.

Concerns had been raised as PSG’s Kylian Mbappe limped off in the 87th minute of his side’s win over Metz on Saturday. However, Pochettino believes the French forward will be fit for the clash against City. Abdou Diallo and Marquinhos should also return for the French side, after both were forced off with issues in their quarter-final first leg against Bayern.

Both sides feature strong offensive talent, however it is defensively where City could have the advantage. Pep Guardiola’s men have conceded the fewest goals in the Premier League this season and look to be confident at the back. However, given PSG’s run of form in the competition this year, it looks set to go down to a tight second leg at the Etihad on May 4. PSG 1-1 Manchester City