PSG ‘in advanced talks with Inter Milan over Mauro Icardi deal as they look to iron out transfer fee after agreeing four-year contract worth £170,000 a week with the striker’

Paris Saint-Germain are in ‘advance talks’ with Inter Milan striker Mauro Icardi, according to reports.

The striker has spent the season on-loan with the Ligue 1 side who are keen to secure a permanent deal after France’s top-flight was cancelled at the end of April.

Italian journalist Nicolo Schira claims PSG president Leonardo has offered £50million plus bonuses with an agreement thought to be close. 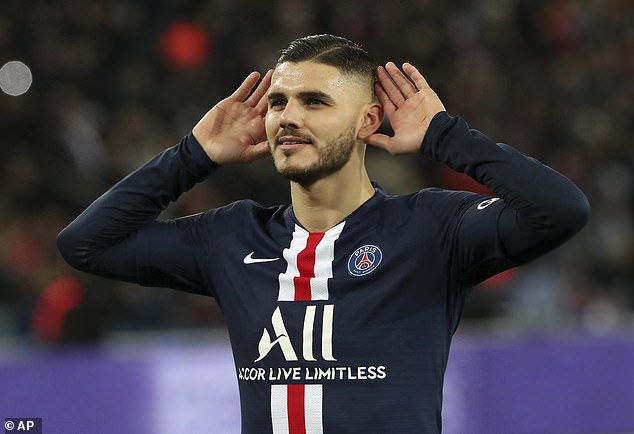 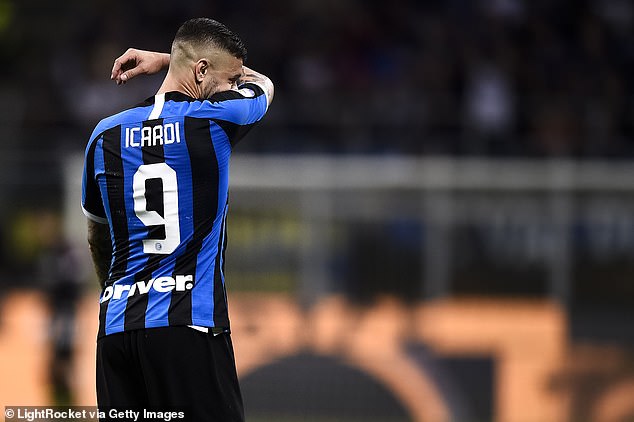 The club have reportedly agreed a £170,000-a-week four-year contract with the Argentine which would see him earn in the region of £8million a year.

The 27-year-old had been linked with a return to Serie A following the end of the French season.

Juventus are one of the clubs to have been linked with the forward in recent months but Premier League clubs Arsenal and Chelsea are also thought to have shown an interest. 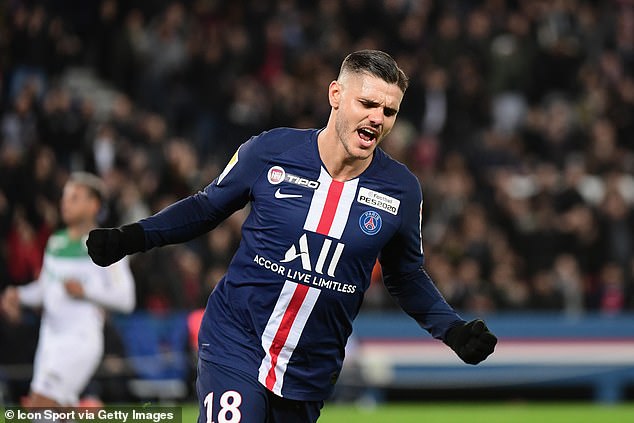 The forward has also been linked with several clubs including Juventus, Arsenal and Chelsea

Icardi has managed 20 goals and four assists in all competitions this season as PSG were crowned champions following the early cancellation.

His contract at Inter expires in 2021 after joining the club from  Sampdoria in 2013.

Reports earlier this month had suggested PSG may not have the resources to sign the striker on a permanent basis due to the financial implication of Covid-19.

Inter are thought to be interested in PSG’s Cavani who is out of contract in the summer but offering the Uruguayan a new deal would be a cheaper option, should he be open to remaining in Paris.

French outlet L’Equipe claimed Antonio Conte’s side have offered the striker a three-year deal which would take Cavani to the age of 36 by the time the contract expired.

May 27, 2020 Soccer Comments Off on PSG 'in advanced talks with Inter Milan over Mauro Icardi deal'
NFL News