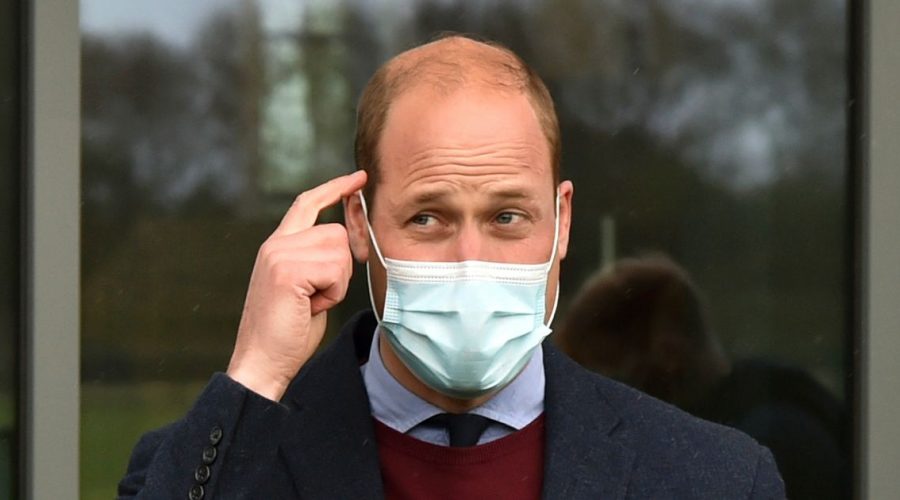 An Aston Villa star begged police who pulled him over for allegedly speeding to let him go – so he could get to a meeting with Prince William.

Defender Kortney Hause confessed cops stopped him on Tuesday on his way to the official unveiling of the Premier League club’s new £6million training centre.

As his teammates laughed, sheepish William replied: “I love it. I won’t ask you how fast you were going.”

The future king, an Aston Villa fan, visited the team's new complex to hear about the work of the club's foundation protecting and supporting communities during the Covid-19 pandemic.

In a speech he paid tribute to the father of Villa manager Dean Smith, who died after contracting Covid-19 as he opened the club’s new training centre.

Wills said Ron Smith, a lifelong Villa fan who died aged 79 last year, would have been “very proud” of the achievements of his son who has steered the team to promotion and Premier League safety since being appointed in 2018.

Dressed appropriately in the club's colours – a claret jumper and blue shirt – William met the squad and coaching staff and was told by the club’s manager “You’ve got the right colours on today” and replied “Absolutely”.

William was then asked if he watched Villa’s match against Everton on Saturday, which the Midlands team won 2-1, and said he had described it as a “good game”.

Later in his speech the duke told the guests: “As you know, Aston Villa is very close to my heart and I'm very delighted to be here today. I'd like to pay particular tribute to one man, for whom Aston Villa has always been in his blood.

"His loss is just one of the many ways the pandemic has impacted the club over the last 12 months.

“I want to offer my sincere condolences to Dean and pay tribute to his extraordinary contribution to the club since joining in 2018.

"I know your dad would be very proud.

"I'm immensely proud to be associated with a club that does so much through the Aston Villa foundation in support of the community, especially through the pandemic as we've heard today.

"I can’t think of a cooler place than Villa Park to be vaccinated – unless you're a Birmingham City fan.”

Before opening the centre William quipped: “As the country's best armchair manager, I need to chat to Dean about the next match.”

When he first arrived the duke met a group of players outside, including midfielder Ross Barkley and defender Tyrone Mings, and he congratulated them on a good season.

The use of video assistant referees (VAR) – employed when a clear and obvious error has been made by the on-field officials – has divided fans and television pundits.

William told the footballers: “VAR is causing some heart attacks but apart from that it’s been awesome.”

Later in the day, William, 38, revealed that his daughter Princess Charlotte had a “lovely” sixth birthday party with friends from another family.

Wills told how they celebrated in Norfolk over the weekend when he was asked about his daughter during a visit to a firm, Babcock Vehicle Engineering, in Walsall, West Midlands.

William, 38, was talking to Jenna Jackson, the company’s lead HR business partner and a mother of two, who asked him if Charlotte had enjoyed her birthday on Sunday.

“She had a lovely day thank you,” William said, his eyes lighting up. “Last year it was her birthday in lockdown but this year we were able to have one other family over.

“They grow up very fast. It was great fun.”

The Duke visited the centre at Babcock to recognise the work the company has done in keeping the police, military, air ambulances, and other emergency services running during the coronavirus pandemic.

The company has also produced ventilators for the NHS during the pandemic, and made air ambulances Covid secure by fitting screens.

May 4, 2021 Soccer Comments Off on Prince William laughs off footballer’s admission after being stopped by police
NFL News