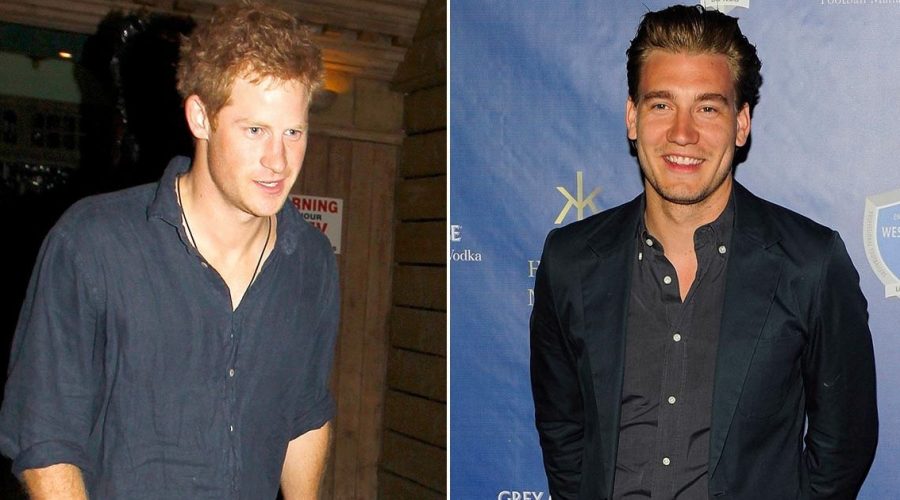 Prince Harry has naturally become accustomed to moving in exclusive circles – though perhaps even the famous Royal wouldn't have expected to be hitting the same late-night haunts as 'Lord Bendtner' in his prime.

Arsenal's former striker Nicklas Bendtner enjoyed a wild if unspectacular career in the Premier League during a nine-year spell on the Gunners' books. The Danish international failed to ever truly make his mark at the Emirates, spending three spells out on loan including a season at Juventus.

But while Bendtner didn't quite achieve the heights he would have hoped for on the field, he more than made up for it off it – which is how he came to cross paths with Britain's very own Prince.

Bendtner was a fresh-faced teenager when he joined Arsenal as a 17-year-old back in 2004. He made his debut the following season in a League Cup tie – the first of over 170 appearances for the Gunners during his time in North London.

But it took him a few years to force his way into Arsene Wenger's plans, first taking in a loan spell at Birmingham before finally making his breakthrough. He netted the winner in the North London derby in the 2007/08 season just moments after coming on as a substitute to announce himself in the Premier League with his first goal in the division.

A week later he was sent off for two bookings at Everton – a week which you could argue summed up Bendtner's time at Arsenal and his career in general. Soon to be known for his party-loving antics, his goal against rivals Tottenham spurred Bendtner on and he was quickly distracted by the bright lights of the UK capital. Bendtner would be pictured by paparazzi leaving trendy London nightspots – more often than not with gorgeous women in tow. But he soon became bored by the usual haunts frequented by Premier League footballers, and wary of “gold diggers”, he opted for a more private nightlife experience.

It was at these more exclusive venues – namely Boujis in South Kensington – where Bendtner would bump into Prince Harry, who he described to The Athletic as “always friendly, always down to earth." Bendtner's new surroundings and their respective clientele earned him a new nickname 'Lord Bendtner', which only became more appropriate when he began dating a Danish Baroness, Caroline Fleming.

But as his profile grew on the nightclub scene, his football suffered – and it soon became clear Bendtner couldn't mix the two. There were incidents where he turned up late for training after a heavy session the night before, while he confessed to once losing £20,000 in a casino one night as he chased the high of winning, which led to him stopping gambling altogether.

Ultimately he would end up leaving Arsenal for Wolfsburg in 2014, before subsequent stints at Nottingham Forest, Rosenborg and Copenhagen. He retired in 2020 after a brief stint in Denmarks fourth division.

HAVE YOUR SAY: Who is Arsenal's biggest cult hero? Let us know in the comments below. Looking back on his time at Arsenal and the fame that came with it, he admitted: "I’m a very curious person and I wouldn’t have been complete without it, that’s for sure. But I was entering a new world, from being a young kid to being a young man trying to find his way.

"I was fond of having fun. I was also fond of girls and living life. Not just living life in terms of going out, but living life in general. I find it exciting to meet new people and to experience new stuff.”

Asked whether Wenger ever caught on to his lifestyle choices, he replied: “I’m not sure if he knew or not. He just tried to support us as good as he could. I wasn’t drinking every day. It wasn’t like that. But when I would drink, I would drink.”

January 18, 2023 Soccer Comments Off on Prince Harry would ‘rub shoulders’ with Bendtner in London’s most private clubs
NFL News