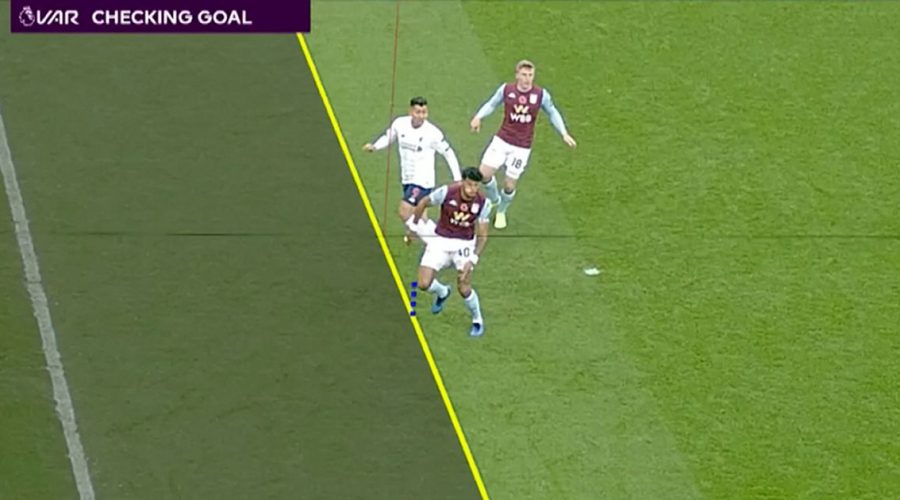 The 2020/21 campaign saw a number of players deemed offside by the tightest of margins, with attackers penalised for their armpits, hands or feet being marginally in front of the last defender.

This rule proved deeply unpopular with Premier League supporters, meaning top-flight chiefs have decided to change it for the 2021/22 season.

According to The Times, VAR officials will use thicker lines to hand attackers a bigger margin for error, putting an end to so-called armpit offsides. The change will have a drastic impact on matches next term after several goals were chalked off last season by the slightest of offsides.

But under the new protocols, those body parts are no longer expected to be deemed offside.

It is believed the thicker-line system is already being used in other UEFA competitions and the Dutch Eredivisie.

Do you think using thicker lines when judging offsides will improve VAR? Let us know in the comments section below. Premier League viewers will also no longer watch the process of offside lines being drawn on the VAR screen, instead just seeing the final result.

All 20 top-flight teams agreed to the VAR change during their annual general meeting near Harrogate on Thursday.

Referee chiefs were present the meeting and are also looking for ways of increasing the threshold for what warrants a penalty. They are set to draw up a criteria which will provide greater clarity over what should be deemed a foul inside the box.

Premier League clubs were invited to answer a survey about VAR, giving their opinions on the controversial technology and how they think it can be improved. In the midweek meeting, they are said to have been informed of plans to introduce automated offside technology.

However, with that still two years away from being ready to use, clubs decided to use thicker lines in the meantime.

READ MORE:Roy Keane blasts Harry Kane for "not being a good leader" – but wants Man Utd to sign him

June 11, 2021 Soccer Comments Off on Premier League VAR change will give advantage to attacker with ‘thicker lines’
NFL News