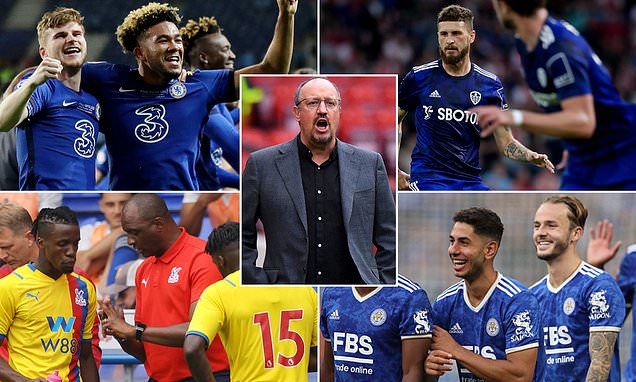 PREMIER LEAGUE REPORT CARD – PART TWO: Can Chelsea go from champions of Europe to champions of England, is Brendan Rodgers set for another top-four collapse… and will Everton, Leeds or Crystal Palace spring a surprise this season?

The new Premier League season is upon us with all the giddy excitement and optimism that brings.

We can expect the usual drama from the self-styled ‘best league in the world’ where, as we’ve seen time and time again, anyone can beat anyone.

Manchester City will be looking to defend their title but can expect to be pushed hard by Manchester United, Liverpool and reigning European champions Chelsea. FA Cup holders Leicester City will again be trying to crack the top four, leading a cluster of sides with designs on qualifying for Europe. 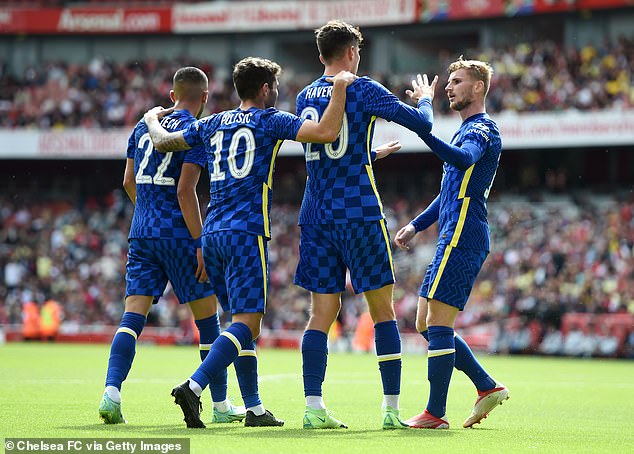 And towards the bottom, the three newly-promoted clubs – Watford, Norwich and Brentford – will be hoping their Premier League experience isn’t a brief one while the likes of Burnley, Brighton and Southampton battle to keep heads above water.

Ahead of the big kick-off on Friday night, we will preview the new Premier League season in four parts, assessing the prospects for all 20 teams. Part Two covers Chelsea through to Leicester.

Thomas Tuchel worked wonders to rectify the struggles left behind by Frank Lampard to secure Chelsea a second European title and a spot in the top four. Now it’s time to see if the Blues can move up a gear under the German head coach.

The normally free-spending club actually required one position only in the market and that was a centre forward. Last season, the west Londoners struggled to break down opposition with new German attackers Timo Werner and Kai Havertz. 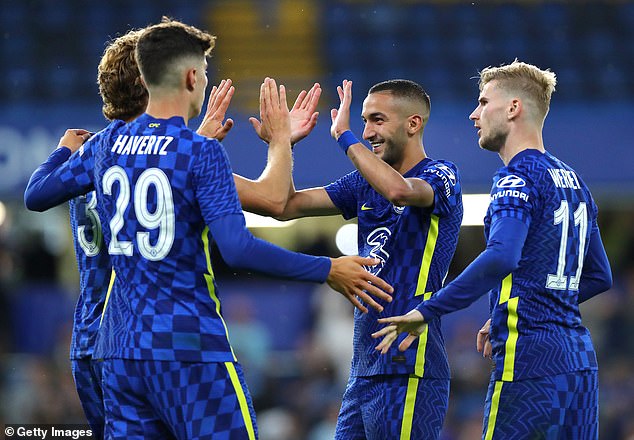 While a move for Erling Haaland proved too expensive, Romelu Lukaku has all but come in after guiding Inter Milan to the Serie A title and Chelsea have one of the more complete squads in the top-flight.

Lukaku will compete alongside Werner and Havertz for starting spots but do not forget that Hakim Ziyech and Christian Pulisic can turn up on their day as well.

Meanwhile, Mason Mount, N’Golo Kante and Jorginho will be rotated in the midfield two while Callum Hudson-Odoi, Ben Chilwell and Reece James are likely to adopt the wing-back roles. 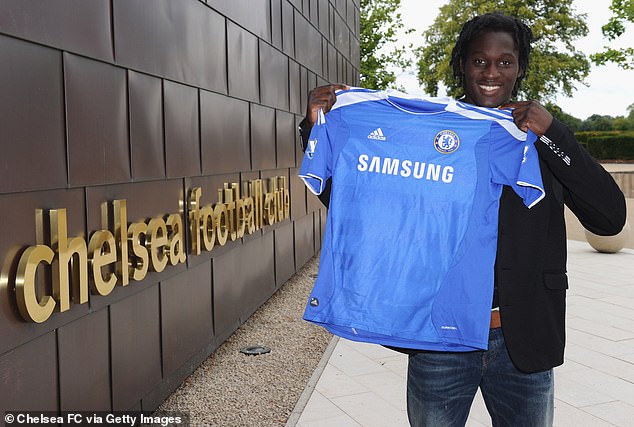 Can Romelu Lukaku shine for the Blues this season after his imminent £98m move from Inter?

In defence, Cesar Azpilicueta and Thiago Silva will bring the leadership in front of Edouard Mendy – who was one of the standout shot-stoppers last term in his debut season.

Despite having 17 players at the European Championships or Copa America this summer adding to a small coronavirus scare in their pre-season tour of Ireland, this Chelsea squad looks ready to take on the new season.

But a good start is needed as trips to Arsenal, Liverpool and Tottenham await in the first five games of the season – this is the Blues’ chance to make an early statement.

It is all change at Selhurst Park as the Roy Hodgson era makes way for the Patrick Vieira revolution.

The comfort of Hodgson’s stability has been traded in for a gamble on the former Arsenal midfielder who is still in his very early days as a manager. The two bosses could not be any more different in terms of stature, experience and style. 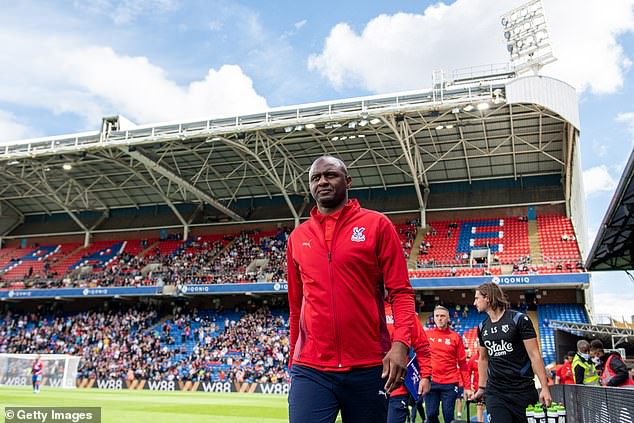 The Frenchman arrived at Crystal Palace the day before a dozen players’ contracts expired but Vieira has not only managed to keep some on board but also brought in fresh young talent which has brought the average squad age down.

Elder statesmen such as Gary Cahill, Scott Dann, James McCarthy, Andros Townsend and Wayne Hennessy have all moved on. In their places, young defenders Joachim Andersen and Marc Guehi add steel to the back alongside the youthful Tyrick Mitchell, while Michael Olise and Conor Gallagher can bolster the midfield.

There’s still experience in the squad through Joel Ward and Christian Benteke, who now needs to show he can produce the goalscoring goods over the course of the season – and not when his contract is slowly running out and needs a pay cheque. 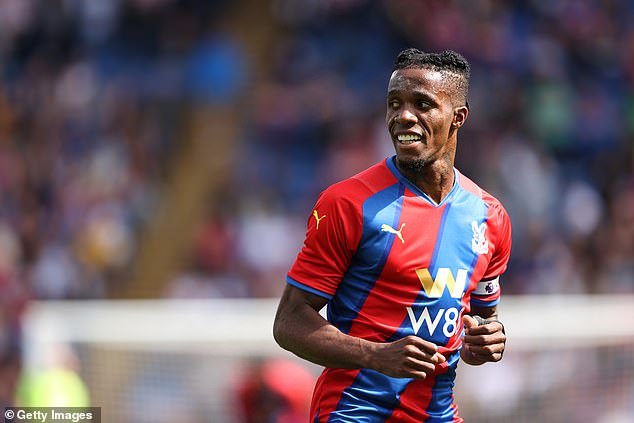 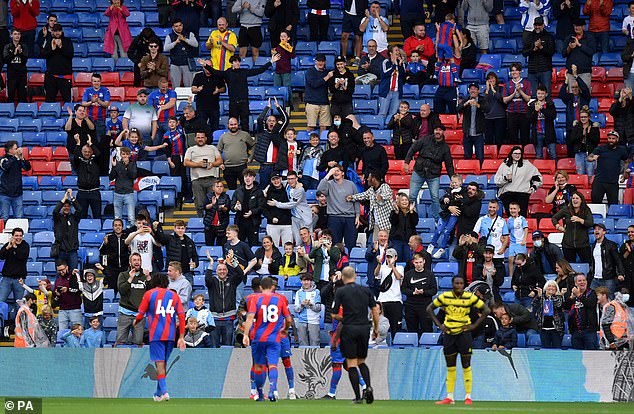 Ebere Eze is still a long way back from a serious knee injury so there is even more pressure on the shoulders of Wilfried Zaha to be the killer spark in the final third.

But a major plus for Palace is the return of their supporters. The cluster of Holmesdale Fanatics behind the goal have 18 months of making up to do in terms of noise. Players who have got used to the silence of behind closed doors games will get a nasty shock at SE25.

If you offered Vieira an unbeaten pre-season campaign, capacity crowds on the way, exciting new signings and Zaha choosing to stay at the club by matchday one, he would have certainly taken it when he first walked through the door.

It’s time to see if this Palace rebuild is as attractive as it sounds.

The mood at Goodison Park this summer is almost the opposite compared to last year.

After the excitement surrounding Carlo Ancelotti, James Rodriguez and the potential of European football last season, everything has unravelled for the Toffees.

Their progress rescinded towards an 11th-placed finish, Ancelotti jumped ship for a Real Madrid reunion and now James has serious doubts over his future. 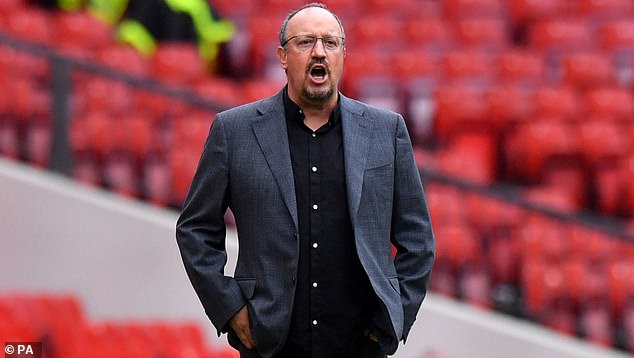 In comes a manager the fans do not universally want – which is the complete opposite of what Ancelotti represented – in former Liverpool boss Rafa Benitez, while the pre-season signings of Andros Townsend and Demarai Gray could be smart but are not the big-money household names that arrived last season.

On top of that, pre-season plans were hampered by the absences of Dominic Calvert-Lewin and Richarlison – who both saw their summers dominated by international duty – with the former also struggling with a minor injury this week.

Jordan Pickford had a brilliant summer with England but, if the 4-0 Manchester United friendly defeat is anything to go by, the Toffees goalkeeper still has not shaken off his error-ridden Everton episodes. 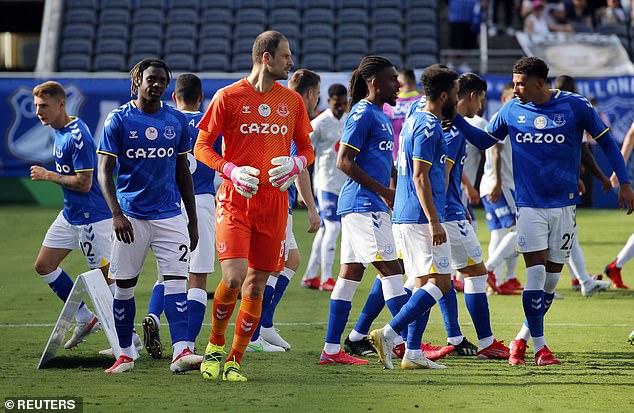 The Toffees may be fun to watch due to their promising youngsters coming through. Anthony Gordon should get more minutes this season and this could be the breakthrough season we have been waiting a while for, while keep a close eye on fellow forward Lewis Dobbin.

Benitez and the Everton board have a lot of work to do in the transfer market as a reliance on Calvert-Lewin and Richarlison for goals is not the way forward.

The first six matches are all winnable and the ex-Liverpool boss needs those maximum points if he is to begin to win over his own supporters.

Leeds have now avoided the Bielsa Burnout for two seasons in a row but now it’s time for another alliterative cliche – the second season syndrome.

The Whites were entertaining to watch last season even without the roar of Elland Road behind them but now it’s time to see how far Marcelo Bielsa can take this side. 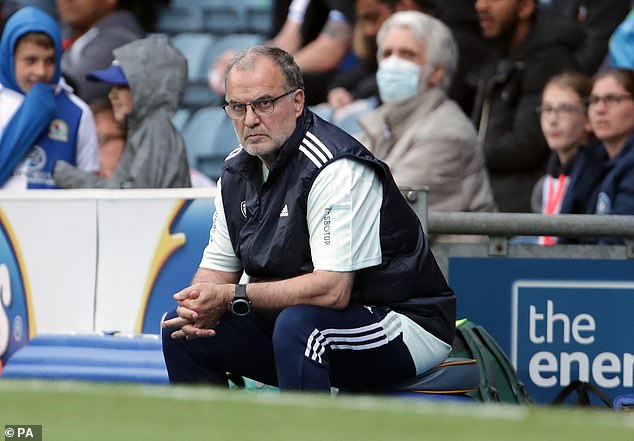 A ninth-placed finish last season with the second-highest points tally from a promoted side since 2004 was a phenomenal achievement. But under the Argentinian coach, progress must be made or it’s not worth it.

Can it be done with this group of players? Why not. Patrick Bamford will be eyeing up a bigger goal tally and we should expect more from Raphinha this time around. Expectations are now raised on Kalvin Phillips following his England exploits but he certainly showed the character to handle it at Euro 2020 this summer.

Any normal side would have concerns about a key midfield trio all going over the age of 30, but Stuart Dallas, Rodrigo and Mateusz Klich do Bielsa’s Murderball training session every Wednesday, so no issues there. 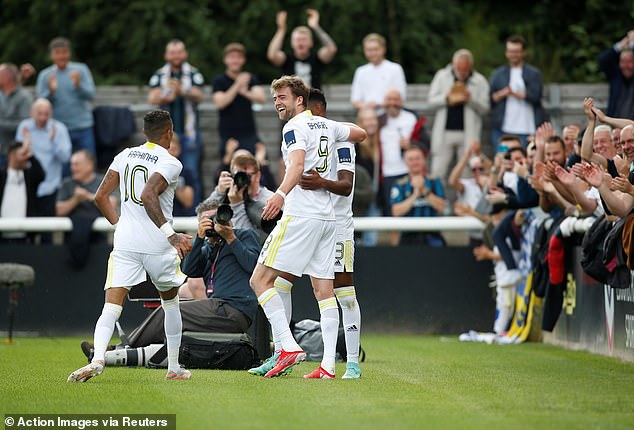 Very little has changed in the Leeds squad so far but that is to be expected, Bielsa does not like to tinker very much. In fact, 10 of the players who ended their debut Premier League campaign on the final day of last season also started Bielsa’s first Leeds game against Stoke in the Championship back in 2018.

In terms of transfers, Barcelona left back Junior Firpo has come in following the departures of Ezgjan Alioski and Barry Douglas, while midfield maestro Jack Harrison is now a permanent member of the squad.

Leeds fans should not have any worries in terms of staying up, the real question is whether there could be a European qualification bid on the line. Especially now they can bring their fervent home and away crowds to every game.

A bittersweet feeling met Leicester City fans’ mouths at the end of last season. The FA Cup victory was swiftly followed by another top-four collapse. There was the feeling Brendan Rodgers’s side deserved more.

Once again, the Foxes have been excellent in the market and should everything go to plan, Leicester will be in the top six once again come next May. 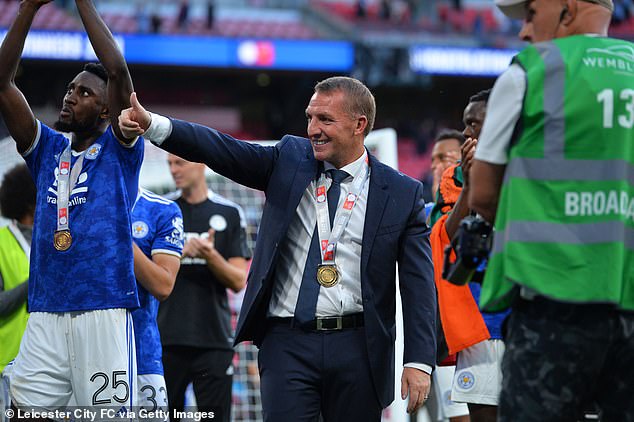 Patson Daka is an exciting forward signing and even if it takes some time for him to settle in, Jamie Vardy and Kelechi Iheanacho can continue the fine form they ended last season in until he is ready.

Lille’s Boubakary Soumare is another coup for the Foxes and could follow in the likes of N’Golo Kane and Wilfred Ndidi as superb midfield finds by the scouting team.

Meanwhile, Ryan Bertrand will bring similar levels of experience to the ones Jonny Evans has instilled over recent seasons, while also helping the likes of Luke Thomas come through.

The James Maddison saga looks like a key moment in Leicester’s season already. High hopes are expected for the England midfielder after an injury-hit spell last term – and any late move by Arsenal could see the Foxes resort to either feeling short-changed or panic-buying come August 31. 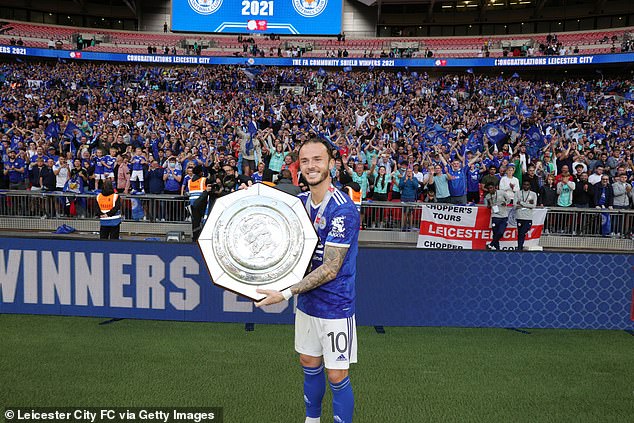 A potential long-term injury to Wesley Fofana is another potential blow. Fellow centre-back partner Evans is also a liability fitness-wise so whether Daniel Amartey and Caglar Soyuncu can hold the fort with Europa League football remains to be seen.

But there’s more youthful positivity from the likes of midfielder Kiernan Dewsbury-Hall who may have a breakthrough season in the first team, plus Harvey Barnes is back from injury and with plenty to prove for both club and country.

They have the trophy they craved for in order to make that next step and started off in the best possible way by winning the Community Shield last week… but can Rodgers avoid another collapse in the back end of this season?