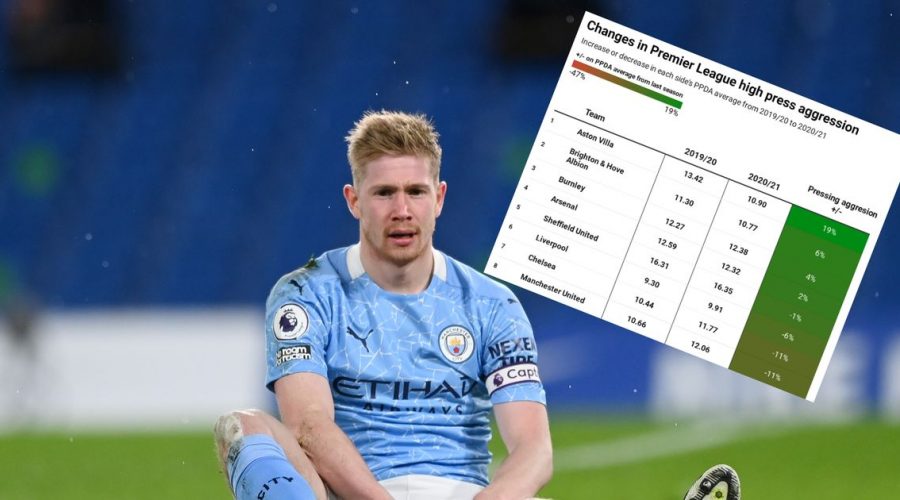 This current Premier League campaign is close to approaching its halfway point, and it’s shaping up to be one of the most competitive in years.

This point is captured by the fact that just 10 points separate first-placed Liverpool with Leeds United down in 12th.

As things stand, Jurgen Klopp’s men have 33 points, which is 16 fewer than what they had accumulated after the same number of matches of last season, and 12 less than in the 2018/19 season prior.

This notable drop in points by the champions, added with the fact that no top team has been able to take advantage and leapfrog them in the table does bring to prominence the unpredictable nature of the season so far.

Numerous theories have been formulated trying to explain the enigma behind the erratic nature of this season, with things such as a lack of supporters and the ongoing Covid pandemic all undoubtedly being a factor.

However, there does seem to be growing evidence of fatigue throughout most sides in the division, caused by a lack of a proper pre-season and a congested fixture schedule. This is impacting the performance capabilities of a lot of the sides in the division, therefore opening the door for more unpredictable fixtures and results.

This point is captured by looking at the changes in the division’s passes allowed per defensive action (PPDA) average this season when compared to previous campaigns.

PPDA is a metric to quantify high press intensity, by calculating the number of passes an opposition is allowed to make in the final 60% of the pitch and dividing it by the number of defensive actions attempted by the team looking to win the ball back. The lower the number, the more aggressive and better a team’s high pressing is.

The Premier League's PPDA average this season is 14.15. However, last season that average was notably lower at 12.42, whilst in the campaign before that it was 11.89. In fact, the league’s PPDA average is at it’s highest for at least five years, with the data not publicly available for the seasons before then.

The changes in each team’s PPDA average in this season, compared to the last, is illustrated below.

Notably, only Aston Villa, who've played just 15 league matches so far, are noticeably pressing more aggressively higher up the pitch, with an increase of 19 per cent on their PPDA average from last season.

Strikingly, it’s most teams juggling the demands of both domestic and Europen fixtures that seem to be feeling the strain most. Klopp’s Liverpool, known for their high pressing capabilities, have dropped off by 6 per cent in comparison to last season, whilst Chelsea and Manchester United have both fallen by 11 per cent.

Additionally, each of Manchester City, Leicester City, Tottenham, Everton and Wolves have seen their PPDA averages drop by 20+ per cent.

The biggest changes in pressing aggression have come from each of the newly promoted sides, however, this is to be expected given that they’ve transitioned from the Championship to the Premier League.

Furthermore, Leeds, who are considered one of the most hard-working sides in the division under Marcelo Bielsa, currently have a PPDA average of just 9.46 which still ranks as the most aggressive in the league.

Overall though, the above highlights what toll the current campaign and all of its challenges are taking on the teams in the league. It also goes some way to explaining why we’re seeing such unusual results and an unrecognisable league table at this stage of the season.