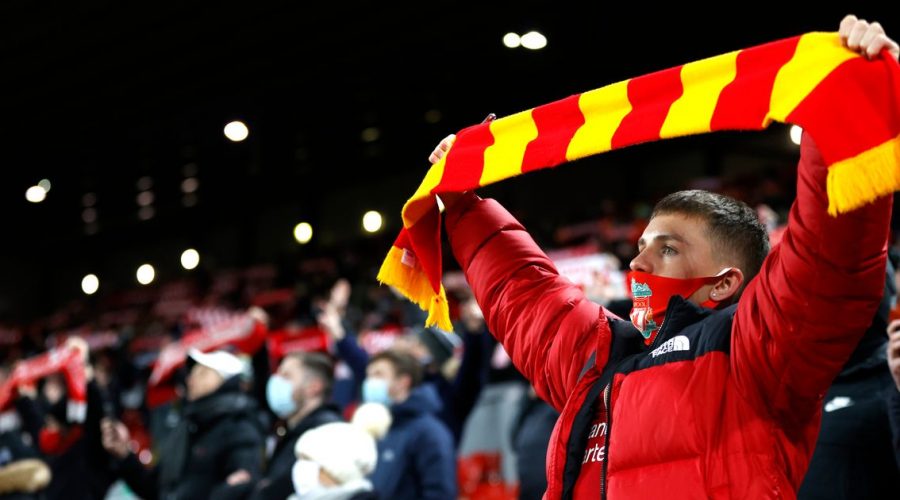 Premier League supporters could be blocked from making an emotional return to their stadiums on the final day of the season despite positive government plans.

The new guidelines outlined by the Prime Minister on Monday included the resumption of limited crowds at sporting events as soon as May 17, subject to additional review.

That left Premier League supporters dreaming of a return to grounds for the final day of the 2020/21 campaign on May 23, but there is yet to be an official decision from league chiefs.

Despite the potential return of spectators, all 20 teams are expected to play at the same time in order to retain sporting integrity with positions in the table set to be contested.

"The turnstiles of our sports stadia will once again rotate," said Boris Johnson.

With the penultimate round of fixtures coming before the new regulations on May 15, there is set to be debate over the integrity of allowing only home fans return, as was the case earlier in the campaign.

One of the biggest fixtures could be Fulham’s visit of Newcastle, with the two relegation battlers currently separated by just three points in the Premier League table.

Sky Sports report that league bosses are remaining cautious at this stage, while holding onto hopes of a return to full stadiums for the 2021/21 campaign.

Premier League chief executive Richard Masters told Sky Sports News in January: “The vaccination programme will have returned this country to some semblance of normality."

The Football Association said: ”The FA is absolutely delighted that fans will be allowed back soon.

"The game is simply not the same without them and we look forward to the return of full stadia as soon as it is safe and possible."

READ MORE: Pele recalls moment which nearly made him 'give up' at the age of 25