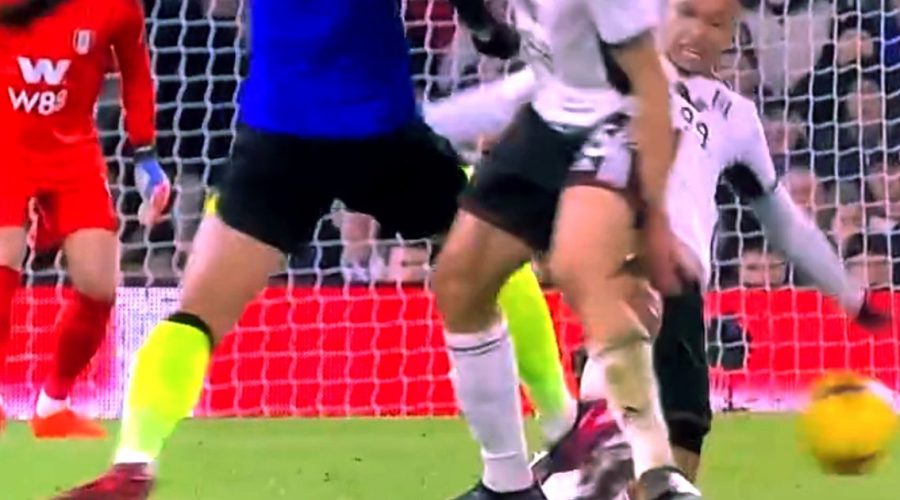 Son Heung-min escaped a red card following a studs-up challenge that left Fulham's Kenny Tete in agony during the first-half of Tottenham's trip to Craven Cottage.

Premier League supporters took to Twitter to ask why the South Korea international wasn't dismissed for the apparent stamp, which came after the Spurs forward thought he should've been awarded a foul.

One fan said: "How is that Son tackle not a red… Incredibly reckless and VAR have barely looked at it…"

Another wrote: "Thats a red card for Son ….Reckless tackle."

A third agreed: "Only Son will actually know, but that stamp was a naughty tackle, got lucky to get away with that, big risk.."

As fourth posted: "Son should have been sent off for that tackle on Tete. Really dangerous."

Should Son have been shown a red card? Give us your thoughts in the comments section below.

A fifth then concluded: "How did Son not get a red card for that stamp and VAR had a quick look. Are the officials waiting for someone to get seriously hurt to take action."

Fulham dominated the opening stages of the first-half but couldn't find the breakthrough as they looked to leapfrog their opponents in the table – and were punished.

With Son having a quiet half, Harry Kane gave the visitors at lead at the break after finding the bottom corner from outside the box.

Speaking before the game on Sky Sports, Gary Neville said of Antonio Conte's side: "Spurs have got to snap out of it, they’ve got a really good opportunity here to get into the top four. There’s a marathon in this season still to run.

"They’ve got big Champions League games to come, AC Milan is a dream tie, that’s a game you want to play in at the San Siro and back at home. There’s FA Cup to look forward to.

"They’ve got to snap out of this mood they’re in."