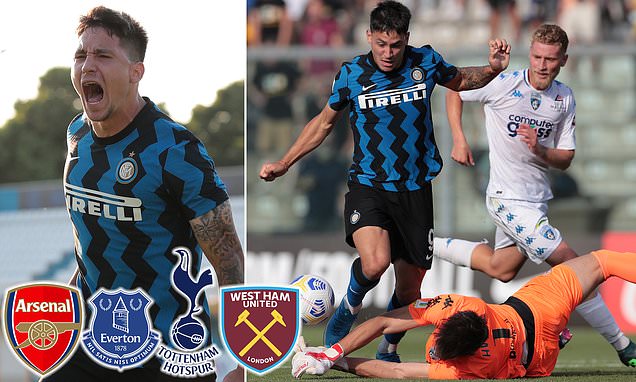 Arsenal, Tottenham, West Ham and Everton are all keen on Inter Milan wonderkid Martin Satriano… and the Italian giants could be forced to sell the striker due to their financial woes

Inter Milan forward Martin Satriano is emerging as a target for a host of Premier League sides.

Tottenham, Arsenal, West Ham and Everton are among the clubs tracking the hotshot, with Manchester City and Chelsea previously linked.

Satriano has a number of admirers across Europe following a string of impressive performances for Inter at Primavera 1 level. 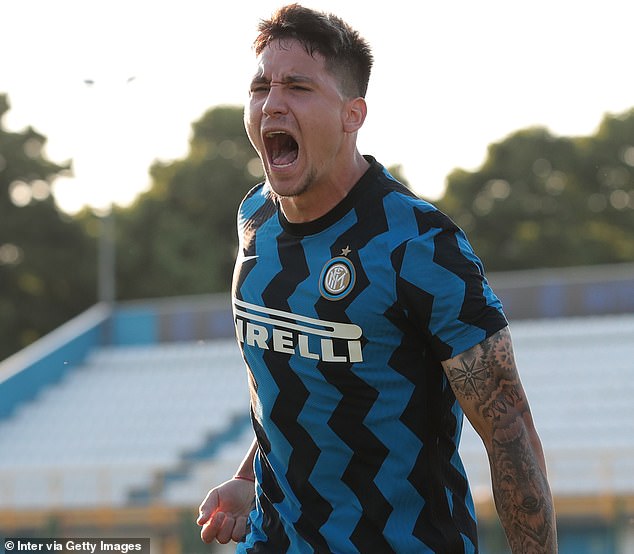 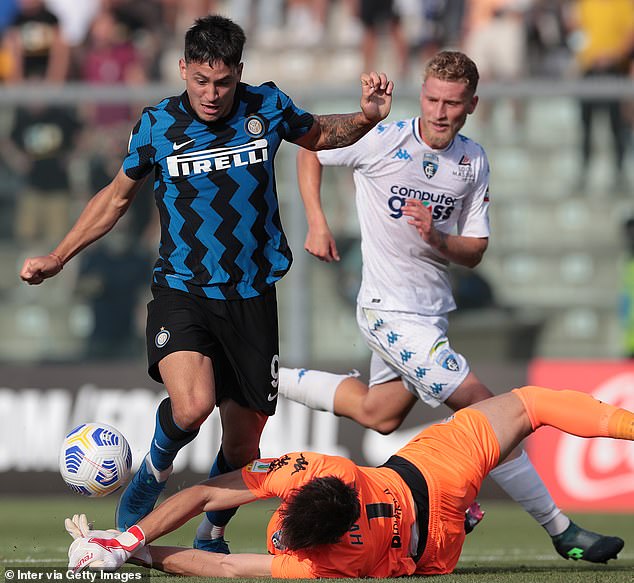 The powerful forward scored 14 goals and provided eight assists in 25 games to be voted the best forward for the 2020/21 season in Primavera 1.

Satriano is yet to make his first-team debut for Inter, but he has trained regularly with the first-team and was named on the bench for three matches as the Nerazzurri won Serie A last season.

Inter beat off interest from a number of the continents big guns to sign Satriano from Nacional in his native Uruguay in January 2020 and the talented forward is widely regarded as one of the most promising strikers in Europe.

The forward’s suitors have been alerted to Inter’s well-documented financial problems amid hopes the South American could be available for a cut-price fee this summer. 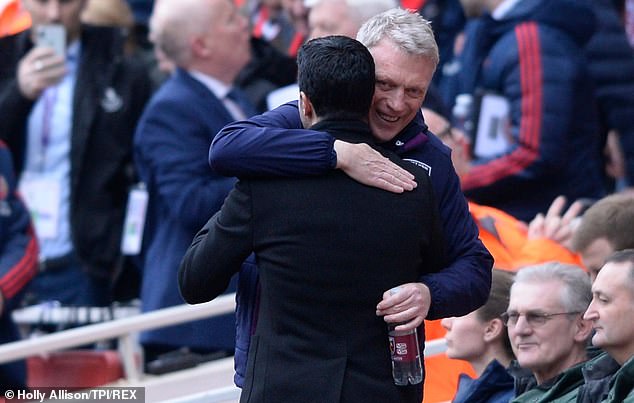 Tottenham have made a new forward one of their top priorities this summer regardless of Harry Kane’s future.

New Spurs managing director of football Fabio Paratici is well aware of Satriano from his time in Italy.

Arsenal, West Ham and Everton are all in the market for striking reinforcements and they are actively keeping tabs on Satriano amid Inter’s financial plight.

Inter would be loath to lose such an exciting talent as Satriano, but are aware they may have to cash in on some of their prize assets to help the club settle debts.