‘We competed against a top four side’: Brighton boss Graham Potter insists there are ‘lots of positives’ from opening-day Chelsea loss as he heaps praise on ‘refreshing’ Tariq Lamptey

Brighton managed to impress their boss Graham Potter with a ‘spirited performance’ despite losing to Chelsea on Monday night.

The Seagulls opened-up their Premier League campaign with defeat to Frank Lampard’s side at the Amex, with Jorginho, Reece James and Kurt Zouma cancelling out Leonardo Trossard’s 54th minute long-ranger.

Potter’s men avoided relegation by seven points last season and spells where Brighton took control against the big-spending west Londoners will give Potter hope of finishing even further from the drop in 2020-21. 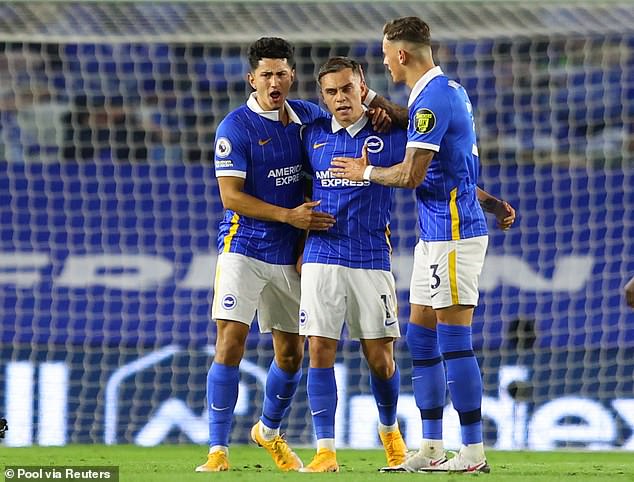 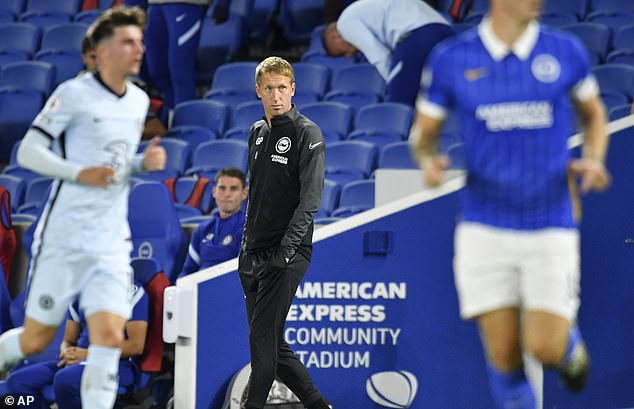 ‘We performed quite well, I think in the first-half we were the better team,’ the Englishman said on Sky Sports.

‘It’s just those fine little margins that against the big teams you need to turn in your favour. We recognised when we need to be a bit more compact as a team. 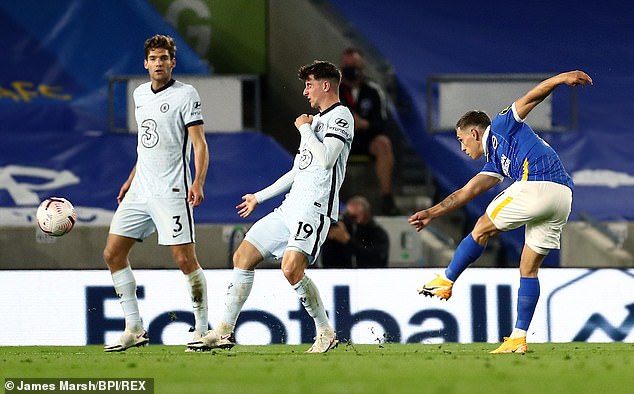 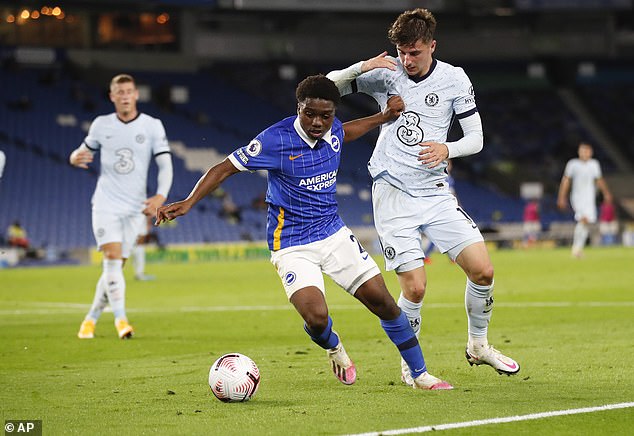 Tariq Lamptey was on form for Brighton, with the 19-year-old impressing his manager

‘It can happen and we have to accept them and pick the bones out of the game. It was a spirited performance. We competed against a top four side.’

One of the biggest positives of Brighton’s game was 19-year-old full-back Tariq Lamptey, who secured a permanent move from Monday’s opponents in January.

The right-wing-back rose to the challenge of facing his old club, assisting Trossard’s strike and looking ready to lock down his spot in only the eighth Premier League start of his career.

‘Such energy, such personality and enthusiasm for the game. He’s still got lots to learn but his approach to football is refreshing.’