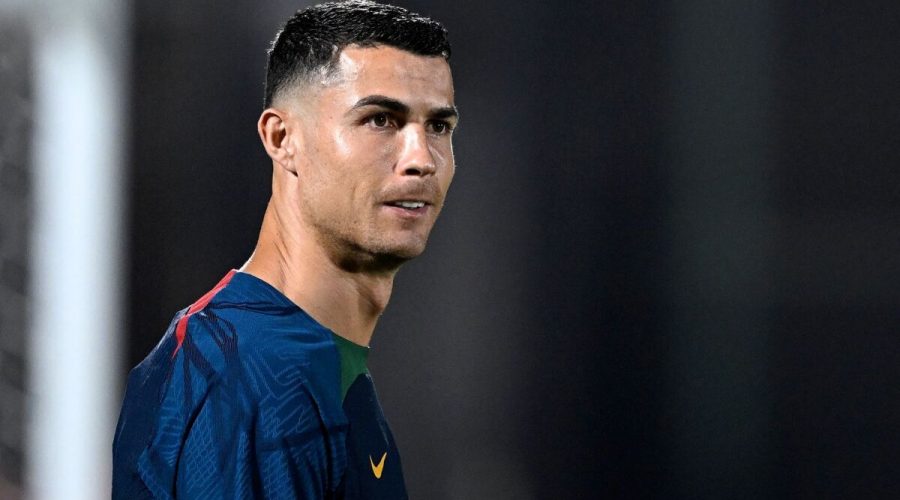 Portugal’s players and coaching staff will have been internally discussing Cristiano Ronaldo’s transfer situation at the World Cup in spite of their insistence that his exit from Manchester United has not been distracting them in Qatar, according to former Wales ace Hal Robson-Kanu. Ronaldo is currently on the lookout for a new club after his deal at United was ripped up by mutual consent just days before Portugal’s first game in the World Cup against Ghana on Thursday.

Portugal boss Fernando Santos has already insisted that Ronaldo’s departure from United has not influenced his team’s preparations for the World Cup, with all players and staff pulling in the same direction as they eye a maiden global triumph in Qatar over the next few weeks. However, Robson-Kanu was adamant that Ronaldo’s team-mates will have been privately discussing his next move behind closed doors as the Welshman ran the rule over the matter during an appearance on BBC Sport.

“It’s also interesting, top managers will always try to diffuse the situation and take the media attention away from the players,” said Robson-Kanu. “That’s what the manager has done in that scenario. 100 per cent, the players, coaching staff, they’ve all been talking.”

Robson-Kanu’s verdict on the Ronaldo situation was echoed by fellow BBC pundit and former Manchester City midfielder Nigel de Jong, who added: “Oh 100 per cent, come on. That will be the first question. They will be like: ‘What’s going on with you? Where are you going?'”

It remains to be seen where Ronaldo will end up after his acrimonious exit from United, who he joined for a second time in the summer of 2021 before seeing his deal cut short after giving a tell-all interview with Piers Morgan earlier this month. He has been linked with a potential move to Newcastle over the last few days, but there has reportedly been no concrete movement from the Magpies regarding the possibility of snapping him up as of yet.

It has been claimed that Ronaldo’s most likely destination could be Saudi Arabia, with the five-time Ballon d’Or winner keen on signing a two-year contract with Al-Nassr in the not-too-distant future, according to Marca. Ronaldo is said to be interested in leaving Europe and making the jump to the Middle East after leaving United, although his immediate focus will undoubtedly be on leading Portugal to World Cup glory before club football returns next month.

De Jong went on to insist that Portugal will be among the standout contenders to win football’s most prestigious trophy in spite of the Ronaldo situation hanging over their heads at present. He said: “The expectations are high with them being a European champion, that says something about the qualities that they have, but they need to step up.

“Of course Ronaldo is Ronaldo and gets the majority of the attention in this squad but you have other players also that need to step up. I still think Portugal is one of the favourites, regardless of what is being said.”

November 24, 2022 Soccer Comments Off on Portugal players and staff ‘all talking’ about Cristiano Ronaldo
NFL News