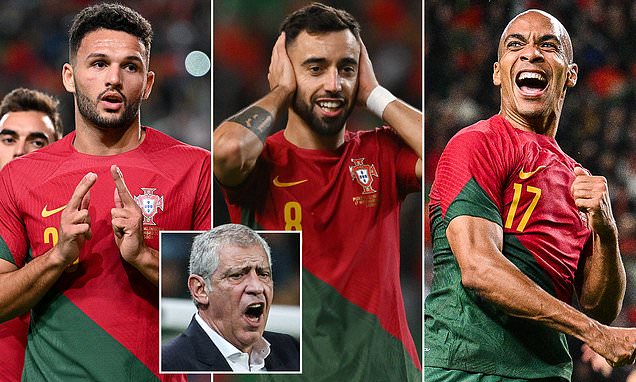 Bruno Fernandes scored twice in the first half and debutant Goncalo Ramos and Joao Mario added late goals as Portugal crushed Nigeria 4-0 in a World Cup warm-up in Lisbon on Thursday.

Missing Cristiano Ronaldo due to a stomach bug, his Manchester United team-mate Fernandes led a strong Portugal side in their last match before travelling to Doha on Friday.

The only surprise was the debut of 19-year-old Benfica defender Antonio Silva, who started ahead of Pepe as the veteran works his way back from a long injury layoff. 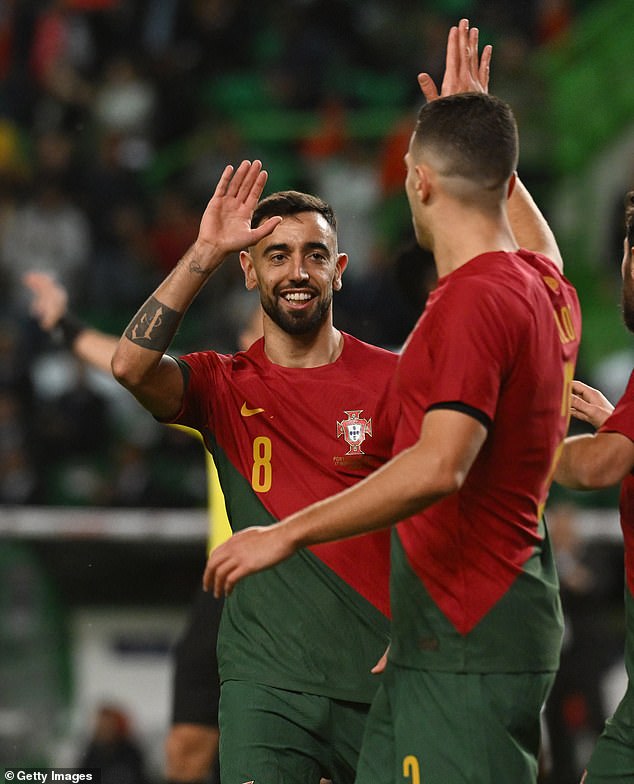 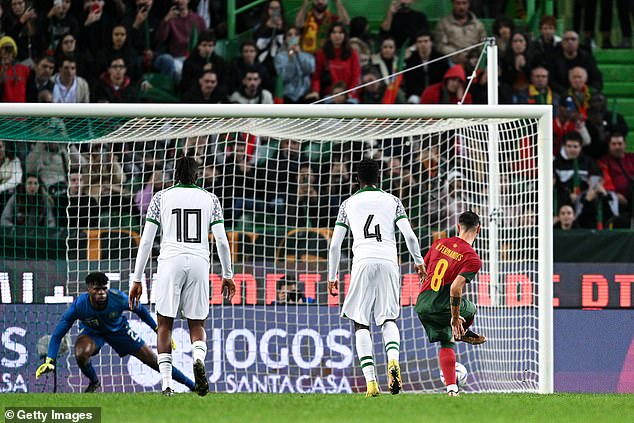 Roared on by a sold-out Alvalade stadium, Fernandes seized the first chance he had in the ninth minute when Joao Felix found Diogo Dalot and he teed up Fernandes to tap into an empty net.

Portugal doubled their lead through Fernandes from the penalty spot in the 35th minute after a Bernardo Silva cross struck the hand of defender Bright Osayi-Samuel.

Fernandes calmly converted the spot-kick to complete only the third brace for Portugal.

‘The perfection didn’t exist or at least it is very hard to accomplish, but we made a great game, dominating every level,’ Fernandes told Sport TV.

‘It was a win that give us great confidence ahead of our debut against Ghana.

‘We are a team, it is not about individuals and we have a great group, young players that are up and coming and hungry. We are ready to the World Cup.’ 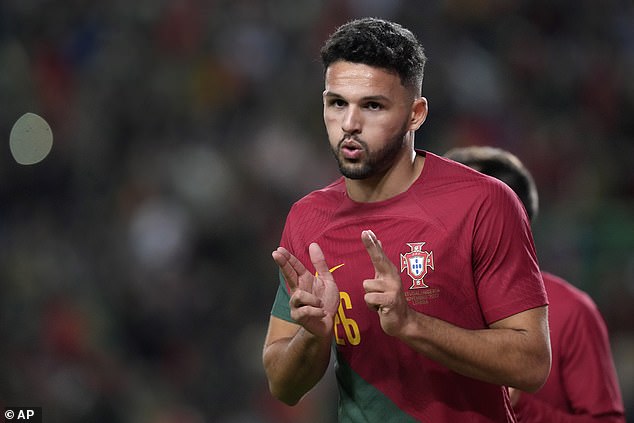 Coach Fernando Santos made six substitutions in the second half and Ramos scored Portugal’s third immediately after Portugal goalkeeper saved a penalty from Emmanuel Dennis after the VAR spotted Dalot’s foul in the 81st minute.

Ramos took a short pass from Raphael Guerreiro in his stride and unleashed a powerful shot low into the middle of the goal.

Joao Mario closed out the victory with a strike into the bottom corner to the delight of around 45,000 fans in the stadium.

Portugal are in World Cup Group H with Ghana, Uruguay and South Korea. 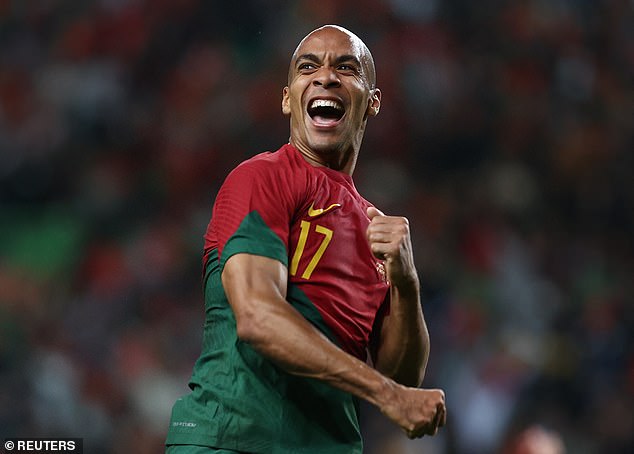