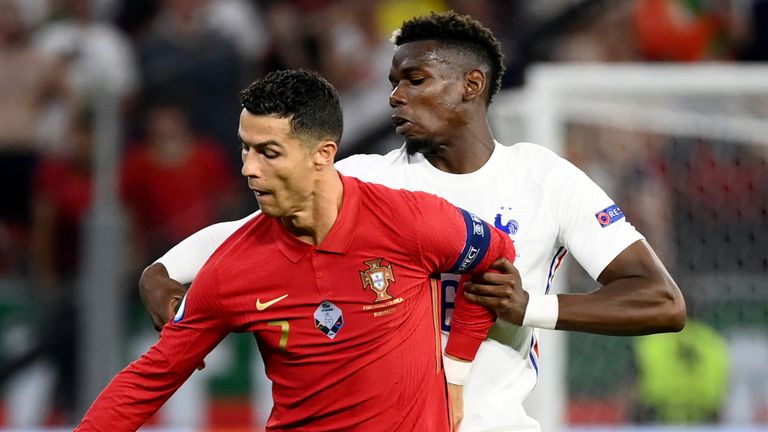 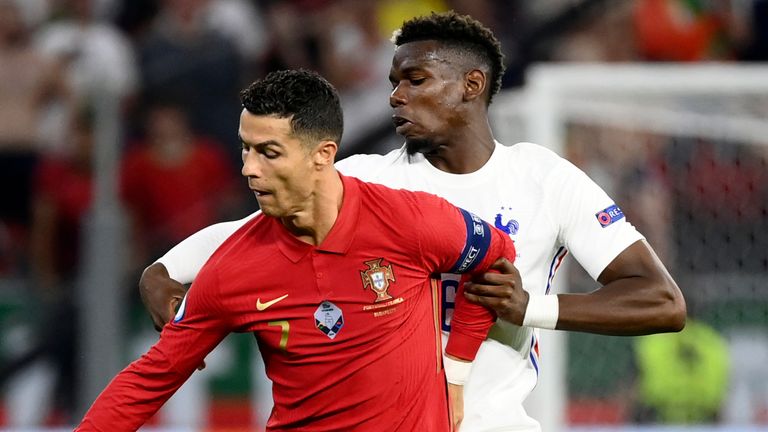 France and Portugal played out a thrilling 2-2 draw in Budapest as Didier Deschamps’ side secured top spot in Group F, while Portugal still qualified for the last 16 as one of four best third-place finishers.

On a dramatic night at Euro 2020, former Real Madrid team-mates Cristiano Ronaldo (30) and Karim Benzema (45+2) converted controversial penalties to leave the two sides locked at 1-1 at half time.

However, Benzema’s second of the night (47) – given after VAR had adjudged him to be onside – sent Portugal bottom of the group and crashing out of the tournament for a short while, before Ronaldo converted his second penalty (60) – his fifth goal of the tournament and 109th international goal – to keep his side’s Euro dreams alive.

Portugal, who occupied every single position in the group at certain times throughout the game, looked on course for a showdown with England at Wembley, but Germany’s late equaliser against Hungary secured them second spot, meaning Fernando Santos’ side will face Belgium in the last 16 on Sunday.

Meanwhile, the point sees France, who were already qualified for the last 16, secure top spot in the group and set up a tie with Switzerland.

France will play Switzerland in the last 16 on Monday, June 28 (kick off 8pm).

Meanwhile, Portugal have set up a round-of-16 clash with Belgium on Sunday, June 27 (kick off 8pm).

July 3, 2021 Soccer Comments Off on Portugal 2-2 France: Didier Deschamps’ side seal top spot in Group F as Portugal get through in third
NFL News