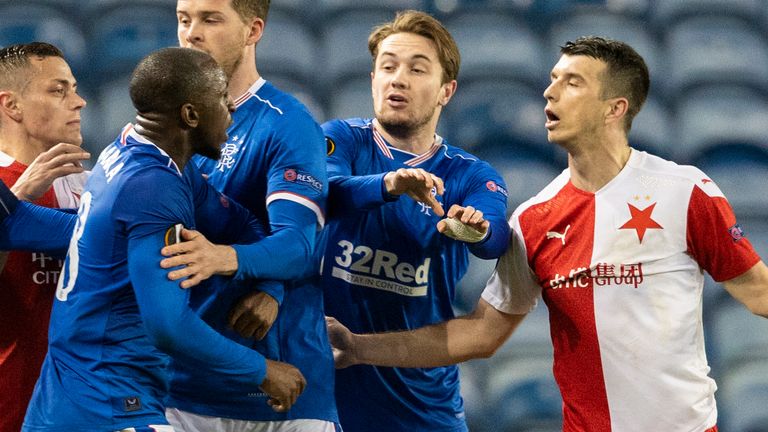 Police Scotland have confirmed they are investigating an incident of alleged racist abuse during the Europa League match between Rangers and Slavia Prague last week.

Slavia have denied the claim and say Kamara punched Kudela after the match, which they have reported to the police. 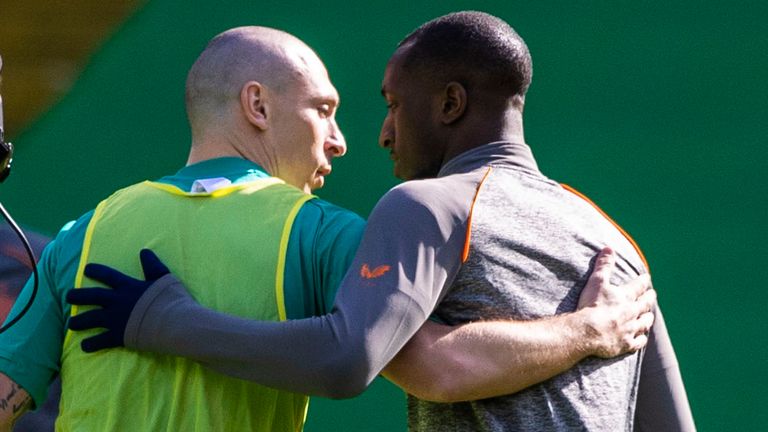 The police had already confirmed they were investigating that incident and now say they are also looking into the racism allegations, after a complaint from Rangers.

A statement read: “We can confirm we are investigating incidents of alleged racial abuse and a reported assault following the match between Rangers and Slavia Prague at Ibrox on Thursday 18th March.

“Officers are liaising with both clubs and enquires are continuing.”

European football’s ruling body UEFA are already conducting an investigation into the incidents that occurred during and after the 2-0 Slavia Prague victory that sent them through to the last eight.

The Scotland national team will not take a knee in Thursday’s World Cup qualification clash with Austria, but instead stand in solidarity with the fight against racism, and to show their support for Kamara.