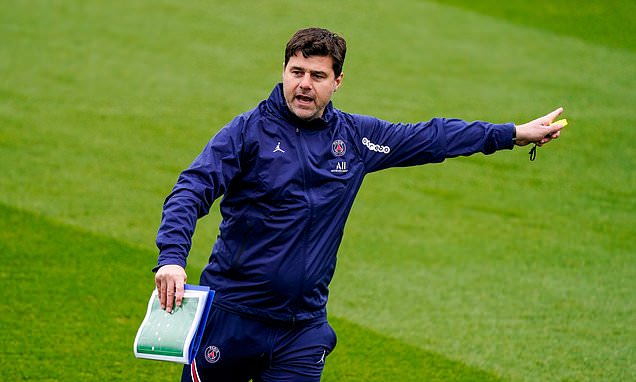 Mauricio Pochettino got defensive about his defence when asked to explain why Paris Saint-Germain are conceding such a high volume of shots in the Champions’ League this season, compared to rivals Chelsea.

The Ligue 1 side have conceded five goals in Europe this term, while Thomas Tuchel’s side have let just one past their defence.

The club made a number of high profile signings this summer to bolster their defensive ranks, including full-backs Achraf Hakimi and Nuno Mendes. 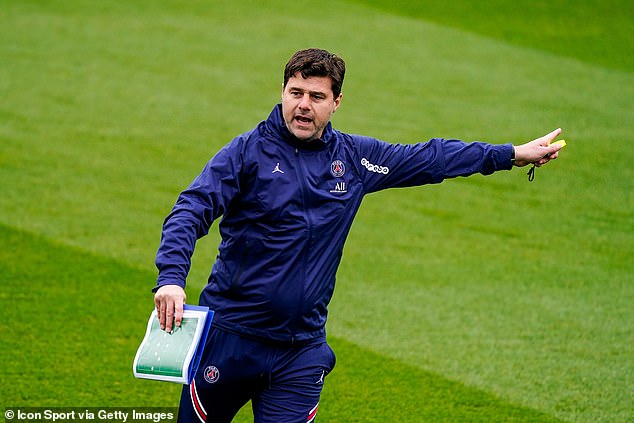 But the PSG boss claimed they are attacking instead of defensive assets to the side and still need time to adapt to the club.

‘Chelsea have a defensive team, they play in transition and on the counter,’ Pochettino said. ‘We have signed two attacking full-backs, Hakimi and Nuno Mendes.

‘The club has the ambition of playing attacking football, we are going to have to find the defensive balance that allows us to control the ball well to be able to attack well. 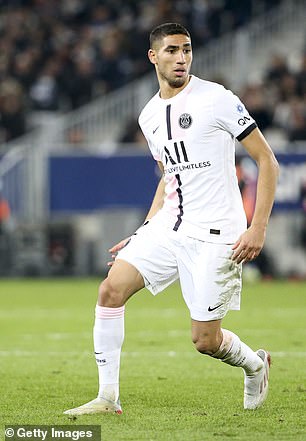 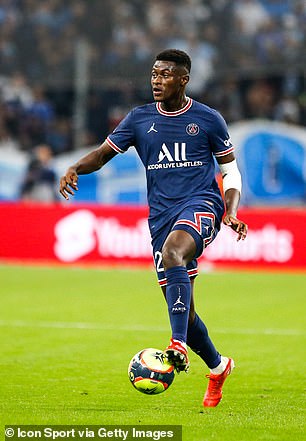 ‘There is also the recovery side: how to organise after losing the ball, how to get it back under pressure etc.

‘It is true, we are conceding a high volume of shots, but that is one of the characteristics of attacking teams, to have full-backs that bomb forward, get into the opposition box.

‘We are in a phase of understanding. An example: Hakimi has gone from a wing-back role to playing in a back four. You have to see when to attack, when not to. It takes time.’ 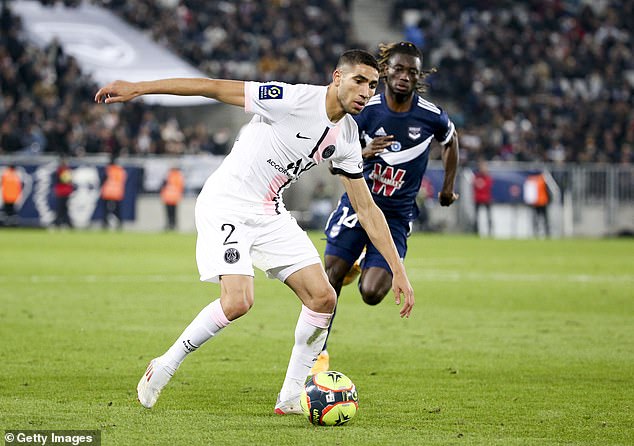 But Ramos is yet to make an appearance for the Ligue 1 giants after struggling with calf issues since arriving at the club as a free agent.

Meanwhile, despite being a stellar prospect after his Euro heroics, Donnarumma has featured just twice for PSG this term with Keylor Navas often getting the nod in goal.