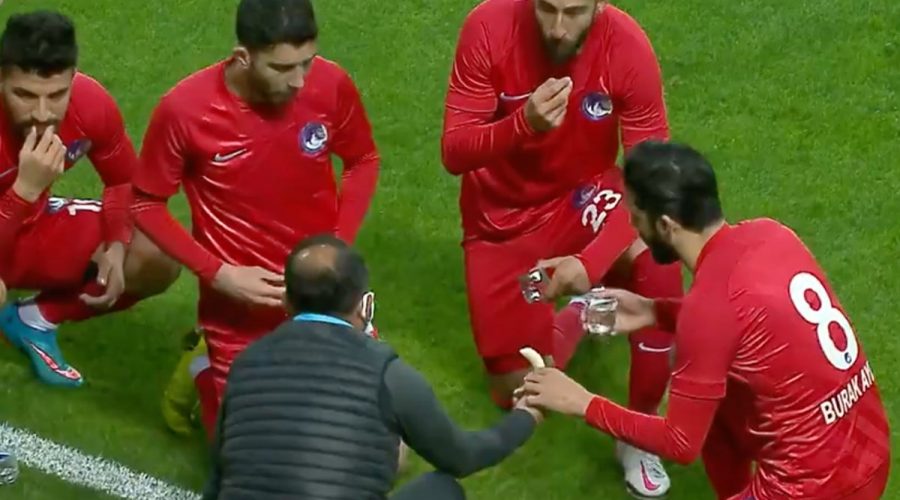 Players in a Turkish second division match broke their fast for Ramadan after a stoppage in play coincided with Iftar, the evening call to prayer.

The match between GZT Giresunspor and Ankara Keciorengucu was paused in the 11th minute due to an injury, which gave the players a chance to eat and drink after having spent the daylight hours fasting due to Ramadan.

During the month of Ramadan, fasting takes place between sunrise and sunset and those taking part can only eat or drink early in the morning, before Suhur, or after Iftar.

The players were seen eating fruit and drinking water during the stoppage.

All Muslims adults are obliged to fast during Ramadan, which started on Monday 12 April, but under Islamic teachings, it is permissible to break your fast “with anything that is adequate need”.

It is believed Liverpool’s Mohamed Salah, for example, has not fasted in previous seasons when Ramadan has coincided with his football schedule.