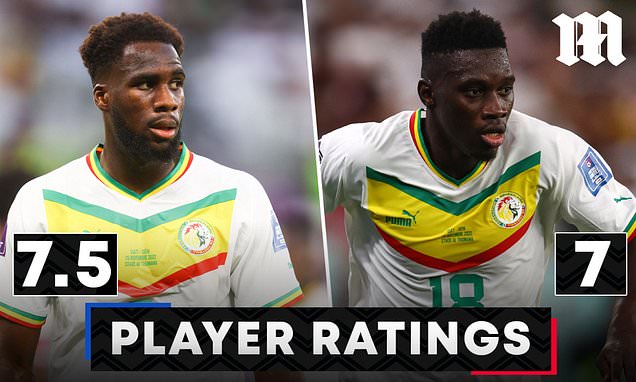 PLAYER RATINGS: Boulaye Dia and Famara Diedhiou shine for Senegal, as the African champions get their World Cup campaign back on track

Senegal bounced back from their opening game defeat against the Netherlands to beat Qatar 3-1 in Group A on Friday.

Boulaye Dia and Famara Diedhiou fired the African champions into a two-goal lead, but Qatar pulled one back – their first ever World Cup goal – through Mohammed Muntari.

Senegal quickly eased any concerns about a nervy finish, though, as Bamba Dieng made it 3-1 with six minutes to go. 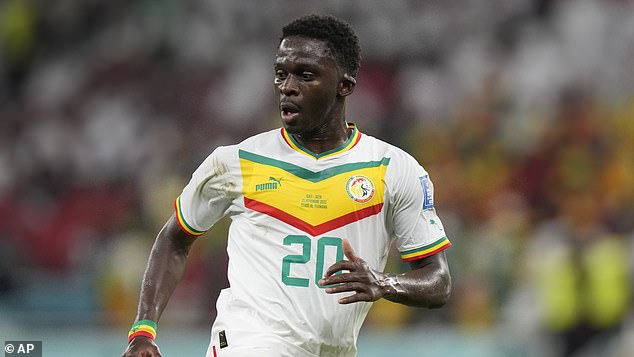 Qatar are now knocked out of their own tournament following Holland’s 1-1 draw against Ecuador.

Sportsmail’s Kieran Gill and Sam Brookes have rated all the players from both sides.

Meshaal Barsham – Tried to get involved at every opportunity in the first half, but his decision-making was bizarre at times. He was fortunate to get away with a flap at a corner, that ended up with Senegal missing a good chance. 5 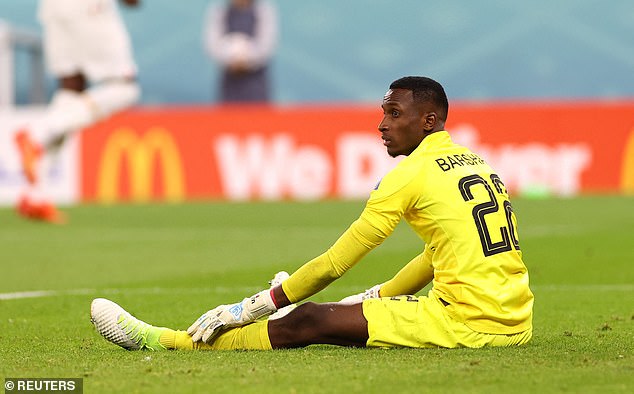 Pedro Miguel – Looked to get forward more than he did against Ecuador, but was unable to produce much quality here. 5

Ismail Mohamad – Picked up a booking in the first half for a poor challenge. Struggled to keep Dia and Diedhiou at bay. 5

Boualem Khoukhi – Made a poor error for Dia’s goal, failing to clear his lines when under very little pressure. Responded well after the break, though. 5 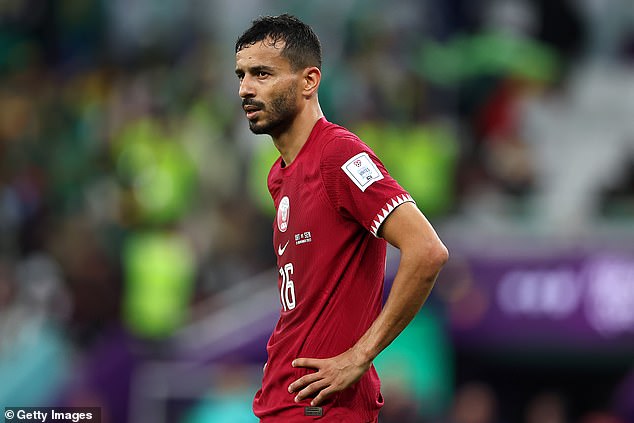 Abdelkarim Hassan – Cannot fault his enthusiasm and he clearly fancied a goal. Was shooting from everywhere at times, but did not find the net. 5

Homam Ahmed – Put in some decent crosses in the second half, but Sarr caused him plenty of problems down that flank as well. 5

Hasan Al Haidous – Had a quiet game and it was no surprise when he was taken off in the second half. 5

Karim Boudiaf – Unable to produce much quality in the middle of the park, especially in the first half as Senegal took control. 5

Assim Madibo – A combative midfielder and he earned a ripple of applause from the crow with a strong tackle early on. Mistimed another challenge in the closing stages and was rightly booked. 5 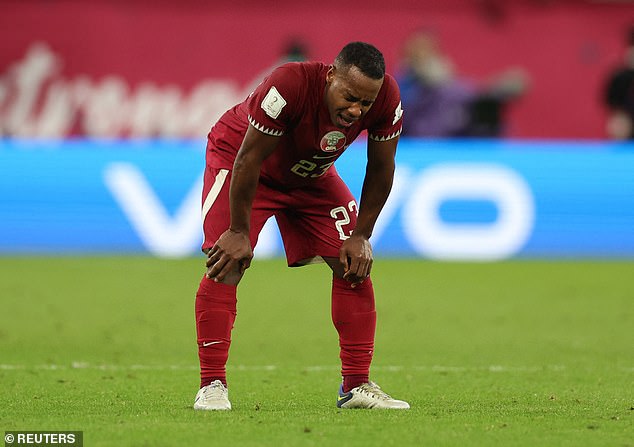 Almoez Ali – Came into the game more in the second half and forced Mendy into a good save. 6

Akram Afif – Looked the most likely to score for Qatar so it was a slight surprise that he didn’t get the goal. A lively performance and he perhaps should have had a penalty in the first half. 6 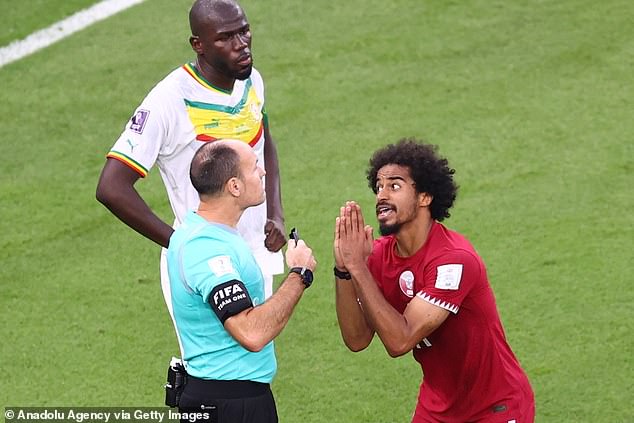 Mohammed Muntari – Excellent header to score Qatar’s first ever World Cup goal. Just a cameo appearance, but he managed to make history for his country. 6 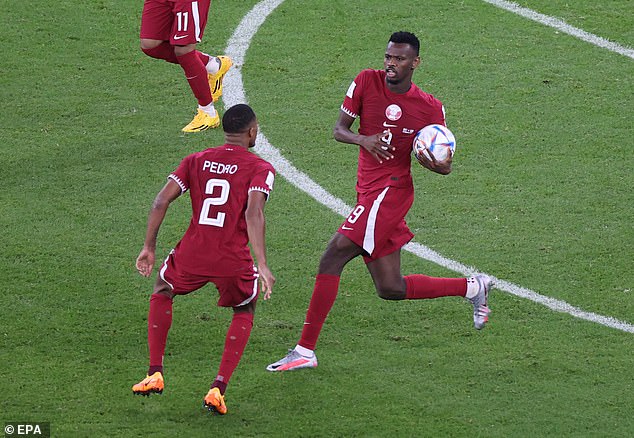 Felix Sanchez – Brought Muntari on who scored the goal, but did not put enough pressure on Senegal early enough, allowing them to cruise in second gear for large parts. 5

Edouard Mendy – Made one excellent save to deny Mohamad in the second half. Had very little to do other than that. 6

Youssouf Sabaly – Afif pulled over to his side of the pitch regularly, but he handled the Qatar forward well for the most part. 6

Kalidou Koulibaly – Looks more at home in a Senegal shirt than he has for Chelsea. A solid outing here for the centre-back. 6.5 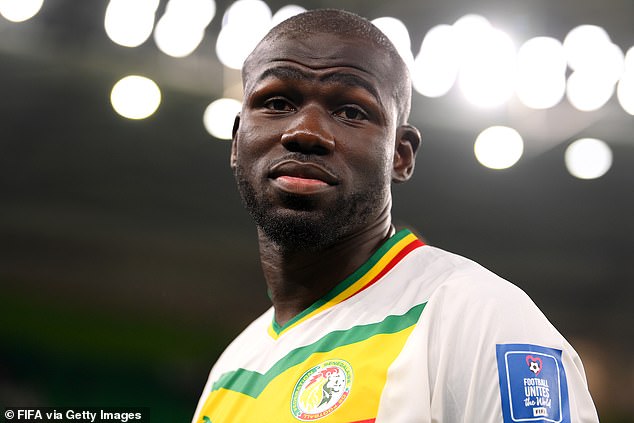 Abdou Diallo – Can play left-back or centre-back, making him a useful asset to Senegal. Kept things simple throughout. 6

Ismail Jakobs – Picked up a booking for a late challenge but was largely untroubled by Qatar’s rare attacks. 6

Nampalys Mendy – A hard-working display in the middle of the park. Burst forward to have a late effort on goal, but it flew over the bar. 6

Idrissa Gana Gueye – Came close to opening the scoring with a shot from the edge of the area that flew just wide. Looked better than in the opening game as he played slightly deeper here. 6.5 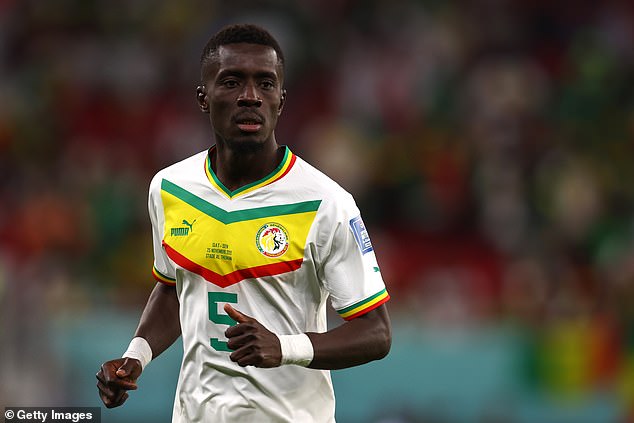 Ismaila Sarr – Hit the side-netting early on and was a threat with his pace down the right. May feel he should have got a goal. 6.5

Famara Diedhiou – Scored with an excellent header after half time. It was not an easy one to control, but he stooped well and placed it beautifully into the far corner. 7 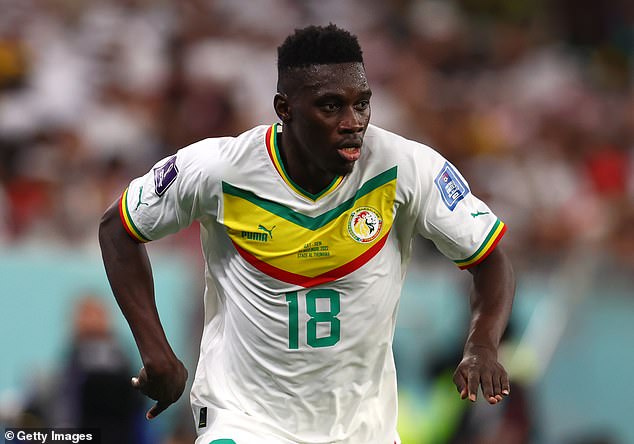 Krepin Diatta – Offered an outlet down the left, and almost scored with a deflected cross in the first half. 6.5

Boulaye Dia – Took his goal very well, pouncing on a mistake from Khoukhi to smash the ball into the bottom corner. His directness caused Qatar problems all afternoon. 7.5 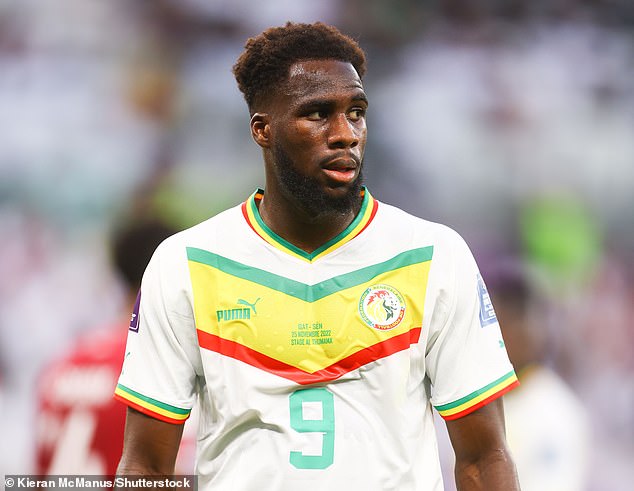 Bamba Dieng – Produced a composed finish to restore his side’s two-goal advantage. Would have been easy to snatch at the ball, but he placed it calmly past the goalkeeper. 7

Pathe Ciss – A little unfortunate to pick up a booking late on as he appeared to get a touch on the ball. 6

Iliman Ndiaye – Not as effective as Sarr when he came on, but did a steady job off the bench. 6

Aliou Cisse – Dieng came off the bench to score, and the team shape looked better than in their opening match. 7 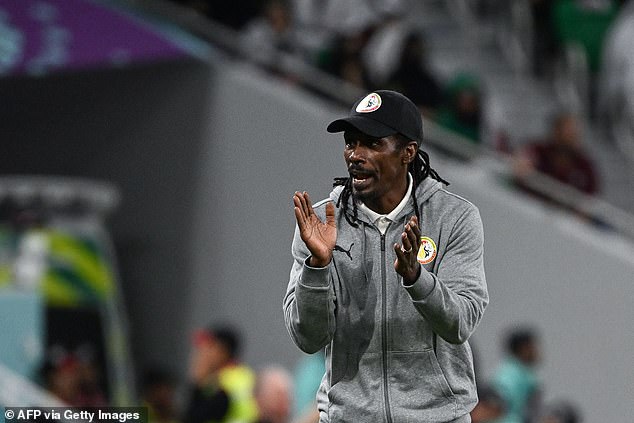 Antonio Mateu – Missed a couple of deflections that should have led to corners, but no major errors. 6