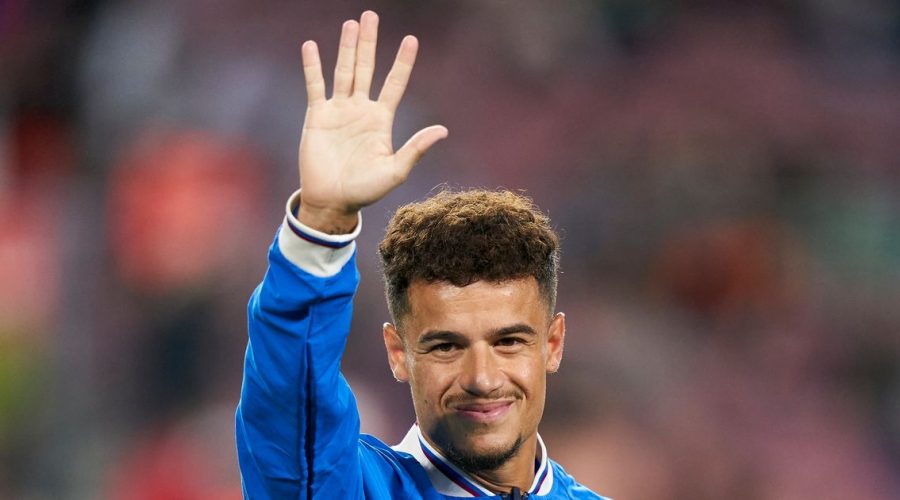 Barcelona stand to lose over £100million if Aston Villa take up the option to buy Philippe Coutinho at the end of his loan spell.

Coutinho has agreed to join Steven Gerrard's side on loan until the end of the season, subject to a medical and work permit.

The 29-year-old wanted to return to the Premier League and sees Villa as an ambitious club that are building for the future.

It's no surprise that he would want to be part of that and not just because of his previous association with Villans boss Gerrard.

But while Villa and Coutinho are likely purring at what lies ahead, Barcelona must be left feeling as sick as a Spanish pig.

The Catalan giants shelled out £142million to sign the winger from Liverpool in 2018 in one of the most expensive deals of all time.

At the time, reports claimed that Coutinho would have a buyout clause of 400m euros (£355million) inserted into his contract.

But four years is a long time in football – and after a disastrous spell at the Nou Camp – Villa look set to snag him for a lot less.

Indeed, Villa have the option to buy him at the end of his loan deal, with the fee believed to be around the £33million mark.

Is Coutinho to Barcelona the worst transfer deal in football history? Let us know in the comments section.

It doesn't take a rocket scientist to work out that it is a lot less – £322million, in fact – than his original reported buyout clause.

More embarrassing for Barca is the fact they stand to record a net loss of £111million if Villa take up the option to buy Coutinho.

And that's without his reported £150,000-per-week wages during his time in Spain's second city.

From Antoine Griezmann to Malcolm (remember him?), the Catalan club have made some bad decisions in the last few years.

But surely nothing comes close to Coutinho and the way his time at the Nou Camp has been handled – from start to finish.

Despite being one of the best footballers in the world at the time of the move, Barcelona massively overpaid for Coutinho.

And now they're paying the price once again, only this time they could be left counting the cost of their mistake instead.