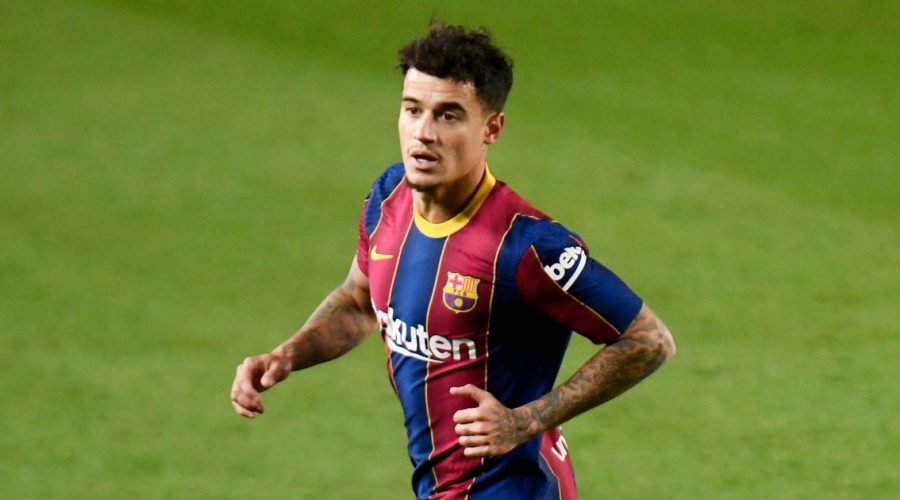 Everton could be set to make a shock move for former Liverpool star Philippe Coutinho, according to reports.

Coutinho was a huge fans' favourite on Merseyside during five impressive years, before becoming one of the most expensive players of all time when he signed for Barcelona in 2018 in a deal which could eventually cost £142m

But the Brazilian has struggled to replicate his Liverpool form in La Liga and spent last season on loan at Bayern Munich, where his brace in the Champions League semi-final added insult to the humiliating 8-2 scoreline against his parent club Barca.

After failing to make a big impact back at the Nou Camp this season, Coutinho is one of the players Barca chiefs are keen to offload.

And a report from TZ claims Everton are now ready to make a bold move for the playmaker and could land him for just £35million.

The two clubs have done a lot of business together in recent years, following Everton’s signings of Andre Gomes, Lucas Digne and Yerry Mina.

And the Toffees have shown in past seasons they are not afraid to aim high or spend big when it comes to summer signings.

Bayern Munich are also said to be considering re-signing Coutinho, this time on a permanent transfer, according to Spanish publication Fichajes.

Coutinho impressed during his season on loan at Bayern during the 2019/20 campaign, when he lifted the Champions League, Bundesliga and the DFB-Pokal.

The Brazil international made 38 appearances in all competitions, scoring 11 goals and creating nine assists before returning to Barcelona.

Last summer, Bayern refused to pay the asking price for Coutinho, which was believed to be in the region of £104 million.

However, Barca are among a host of clubs who are struggling financially and reports suggest they may now be willing to let Coutinho leave for a fraction of that figure.

When Coutinho left Liverpool in 2018, it was reported that he cost an initial £106m up front, with the rest being add-ons.

There have been reports in Spain that Liverpool were set to receive another £18m once Coutinho had made 100 competitive appearances for Barcelona, and that could be part of their thinking when it comes to selling Coutinho for a cut-price deal.

He has not played for the club since December 29 after injuring his meniscus in a game with Eibar, meaning he has now only played 90 competitive matches for the club.

And he looks unlikely to feature again this season after Barcelona confirmed last month that he had travelled to Brazil for further treatment.

It had been hoped Coutinho would recapture some of his best form under Ronald Koeman but he has only scored three goals in 14 outings in all competitions this season.