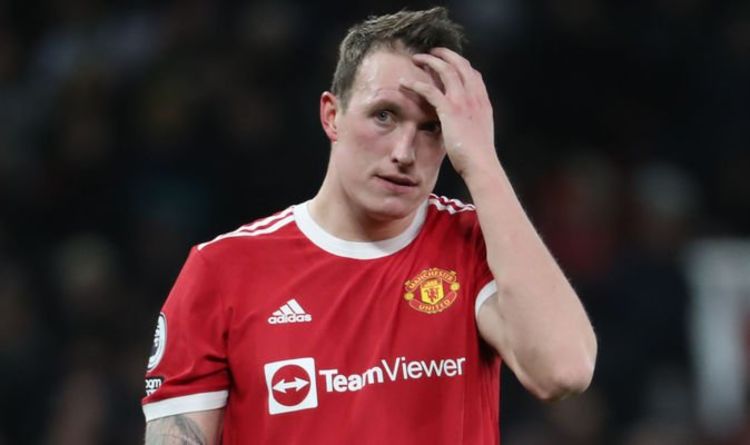 For Phil Jones the last two years have probably seemed the longest of his professional career. Personally, much has changed during a challenging struggle against serious knee problems which kept him on the sidelines for over 700 days. Yet for Manchester United fans, who welcomed him back with genuine warmth against Wolves on Monday, precious little has altered since they last saw him in a red shirt.

In January 2020 they were sitting fifth, drifting six points off fourth place after a dispiriting defeat at home to Burnley.

This time the problems seem eerily familiar with the club 22 points and six places off Manchester City and with no obvious sign of solutions after another miserable defeat at home.

For Jones, the pleasure taken in his successful rehabilitation – a legacy by the way of public support received from Ole Gunnar Solskjaer after critcism from Rio Ferdinand – was universal.

Luke Shaw led from the dressing room insisting Jones should be “proud of himself”.

“He has been criticised for years and has gone through a lot, but he is professional and he has trained hard,” added the left-back. “I am happy for him and he deserves it.”

Yet Shaw’s initial comments about the performance against Wolves were more telling, blasting a lack of togetherness and commitment in the dressing room and on the pitch.

The starting line-up against Wolves have a combined wage of around £2.4million a week and the nine on the bench around £925,000 so United fans and the interim manager Ralf Rangnick might expect more.

As Shaw offered, perhaps it is time to accept that it is not the managers who are the problem at United but the players.

While there are obvious teething problems with Rangnick’s 4-2-2-2 system which seems attractive in its innovation but appears to leave too much space behind the forwards and in front of the full backs, formation is only a part of the problem.

As Rangnick is quickly finding after just nine games in charge, keeping this group of players united is no easy task.

Solskjaer’s solution was to spare the rod and throw an arm around everyone he could which left players taking liberties on and off the pitch.

While Rangnick almost certainly favours more stick than carrot he may find laying down the law more difficult than at other clubs he has managed.

Several players do not seem to fit Rangnick’s system with Bruno Fernandes and Marcus Rashford looking second-choice options. Others do but are not performing like Rangnick wants.

All the while Donny van de Beek remains rooted to the bench assured he will figure when he asked for a loan move away but is now behind even Jones in the number of Premier League starts made for United this season.

The midfielder might feel he was pitched a false prospectus at United as might Edinson Cavani after he was persuaded to stay on last summer only to now find Cristiano Ronaldo in his shirt, face and place.

It was United’s misfortune to be drawn against Aston Villa in the third round of the FA Cup next weekend given lower league opposition would have allowed rotation.

Rangnick may still ring the changes but a win would help blow away gathering negativity around the club.

That may mean a second call-up inside a week for Jones. If so his manager will be hoping for greater signs of progress made between appearances than the last time.