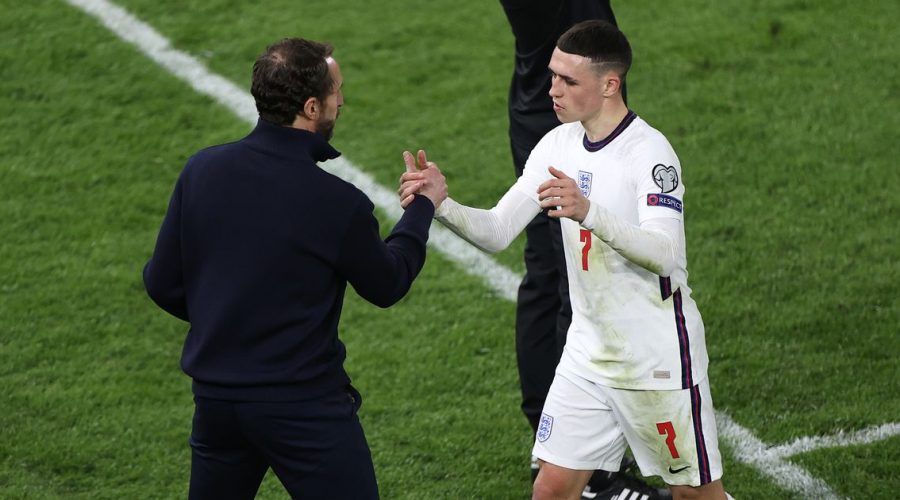 Despite his career in senior football only starting four years ago, Phil Foden has already received enough compliments to see him through the rest of his playing days.

Previously described by manager Pep Guardiola as the 'most, most, most talented player' he has coached, Foden has now been compared to England icon Paul Gascoigne by former Three Lions international Darren Anderton.

Anderton, speaking exclusively to BritishGambler.co.uk, was asked if Foden is to this side what Gascoigne was to the England team in ‘96, to which he said: "Yeah I think so. I think there's a lot of ability in the team. I think Mason Mount has got that quality about him as well, he can go and do things.

"But Foden is the man for me, I think he could be the player of the tournament, he could go on to be the best player in the world. We're talking about him being young and the potential he has but I think he is already the real deal."

Anderton went on to cite Guardiola's influence on the 21-year-old, explaining: "Playing for Pep Guardiola has been amazing for him, I'm sure that lots of people were questioning why he wasn't playing more and would he have to move on.

"Obviously, that isn't the case and he's there now playing in the best team with the best players and whenever he's played for England, for me he just looks so at ease, just gets on and plays the game the way it should be, enjoys it and I think you need that in a tournament."

Anderton's sentiments were echoed by another England legend in the form of Michael Owen, who explained how Foden could reach the heights of Balon D'or winners Lionel Messi and Cristiano Ronaldo.

"We’ve got so many good kids, but he is the one. I look at him and think he could be anything. World, world class,” Owen said speaking to talkSPORT on behalf of Booking.com, the official Accommodation and Attractions Booking Partner of UEFA EURO 2020.

"We’re talking the Messi’s and Ronaldo’s that are going to finish in the coming years and we’re all looking at the next generation of great players.

"I think from the England point of view he could be an absolute world-class player for years and years to come. I just hope he keeps developing in that way."

Does Phil Foden have what it takes to be one of the world's best? Let us know in the comments.

June 9, 2021 Soccer Comments Off on Phil Foden is ‘Gazza of this generation’ and can ‘replace Messi and Ronaldo’
NFL News