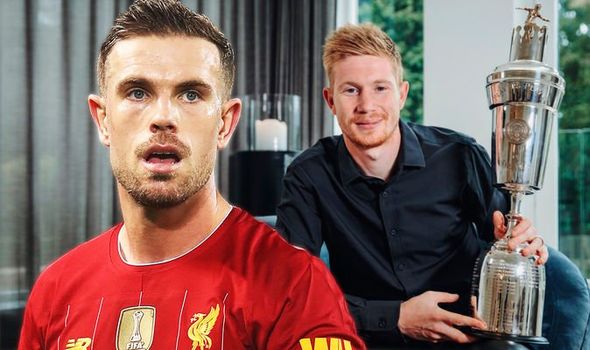 Liverpool are looking for a first ever hat-trick of awards with Mohamed Salah and Virgil van Dijk the previous two winners of the Player of the Year award.

Dutch centre-back Van Dijk is looking to become the first player to retain the gong since Cristiano Ronaldo in 2006-07 and 2007-08. Only Ronaldo and Thierry Henry have ever been triumphant in back-to-back years.

He goes up against Jordan Henderson, winner of the FWA Footballer of the Year award, as well as Trent Alexander-Arnold and Sadio Mane.

Despite their success in the past 10 years, City have never had one of their players win the chief award, with Robin van Persie, Luis Suarez, Salah and Van Dijk instead the winners in the four seasons they have won the title. 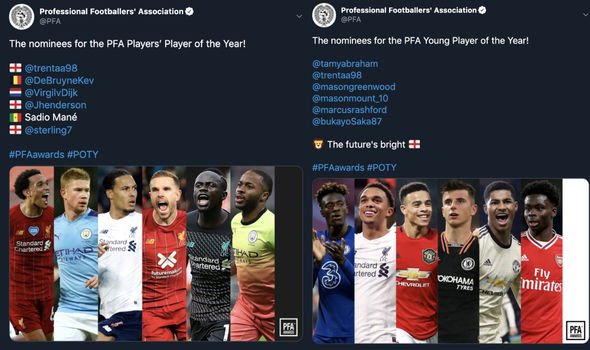 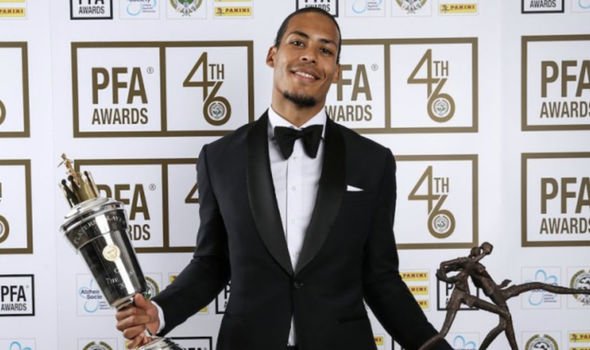 Kevin De Bruyne leads the contenders for the Citizens having been named the Premier League Player of the Season last month, with team-mate Raheem Sterling also in the running.

City playmaker De Bruyne and Liverpool captain Henderson are the favourites to claim the main award.

City’s Sterling is the current holder of the Young Player of the Year prize, with Leroy Sane – now at Bayern Munich – the winner the year before him.

Liverpool and United have not had a youngster win since Steven Gerrard in 2000-01 and Ronaldo in 2006-07 respectively.

Live updates of the awards including all the winner of each category can be found below from 7pm.