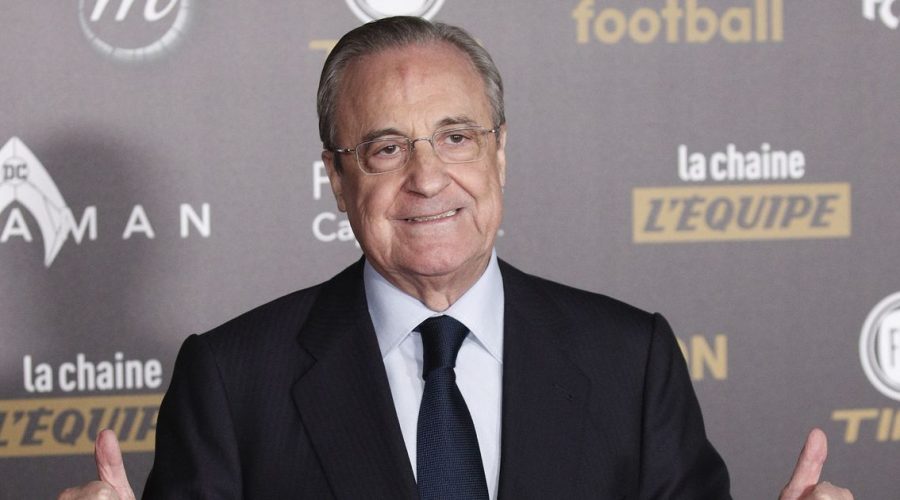 Real Madrid president Florentino Perez reportedly hopes to use the club’s refurbished Santiago Bernabeu stadium as a venue for NFL games after plans for a European Super League fell apart.

Perez and Los Blancos were purported to be one of the primary promoters of the breakaway competition prior to its cancellation following backlash from fans.

The Santiago Bernabeu has been undergoing a £500 million revamp since June 2019. Among the biggest changes will be the addition of a retractable roof, as well as a 360-degree video screen circling the ground.

In the wake of the European Super League debacle, El Confidencial reported Real hope to copy Tottenham Hotspur and offer their new-and-improved stadium as a location for NFL games played outside the United States.

The north London site is scheduled to host two more yet-to-be-confirmed NFL matchups in 2021, one of which will feature the Atlanta Falcons.

Each of the 12 clubs forecasted to form the European Super League would have received their share of a £3 billion loan provided by American investment bank JP Morgan.

Real were one of three teams from La Liga announced as part of that group, alongside rivals Barcelona and Atletico Madrid.

As well as exporting games to England since 2007, the NFL has also played three fixtures at the Estadio Azteca in Mexico City since 2016.

The 2021 NFL season will be the first in which every team plays 17 games following a decision to expand earlier this year. It’s been reported each of the 32 franchises will be expected to play at least one international fixture every eight years.

Zinedine Zidane’s side drew 1-1 against Chelsea in the home leg of their UEFA Champions League semi-final on Tuesday, with the club hoping to clinch its fifth European crown since 2014.