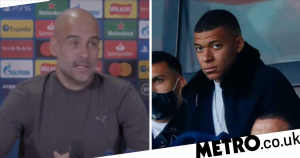 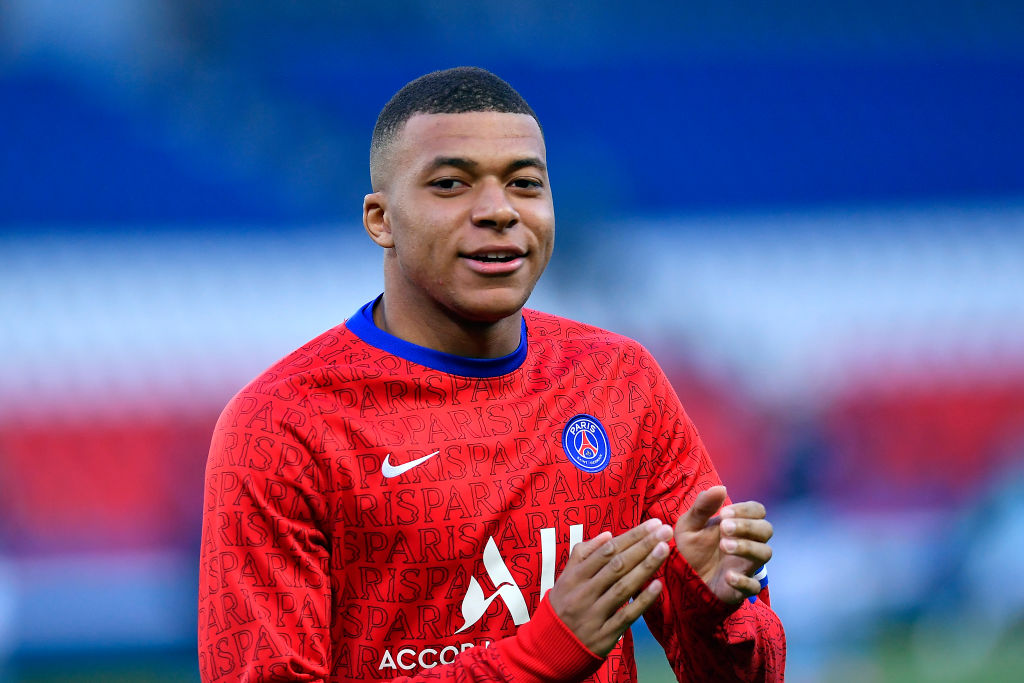 Pep Guardiola has defended Kylian Mbappe’s performance in PSG’s Champions League semi-final first leg defeat to Manchester City and expects the forward to shake off his calf injury to play a key role at the Etihad on Tuesday night.

PSG faced criticism after surrendering an early lead to lose 2-1 in last week’s first leg at the Parc des Princes, with Kevin De Bruyne and Riyad Mahrez scoring in the second half after Marquinhos’ 15th-minute header.

Mbappe had found the net in PSG’s previous ties with Bayern Munich and Barcelona but failed to register a single shot in target in the French capital in an uncharacteristically quiet display.

There are now serious concerns surrounding the attacker’s fitness after he was forced to sit out PSG’s Ligue 1 victory over Lens due to a niggling calf problem.

And while Mbappe was pictured walking with a limp as Mauricio Pochettino’s squad prepared to board their flight for Manchester, Guardiola is confident the World Cup winner will feature.

‘He’s going to play and I’m looking forward to him playing,’ the City head coach told reporters at his pre-match press conference.

‘For the football and for the game itself, hopefully he can play.’

Guardiola feels both Mbappe and Neymar were unfairly criticised and made scapegoats for PSG’s loss in the first leg.

‘In the first half they were exceptional. Mbappe was dangerous and Neymar was as usual. In the second half we were better. We were better, they were worse.

‘But they judge Mbappe and Neymar because they lost. They lost, they played bad. If they win, they played good.

‘But if you ask me for my opinion, they played good and they are going to play good [tomorrow], I know.

‘What’s the best way for them to not play good? That’s what we try to do tomorrow.’

Asked whether Tuesday’s match is the biggest of his City career to date, Guardiola replied: ‘I don’t know If it’s the most important but it’s the first time here together in this club.

‘We know what we are playing for but sometimes you don’t need much emotion. Be calm and know what you have to do.

‘We don’t have to tell anyone what we’ve lived through for 11 months, not just players, everyone knows how important it is.

‘We spoke today about who we are. We played PSG one week ago, that’s not necessary now so we just speak about us, what we have to try to do and try to do it.’

Guardiola warned his players not to take anything for granted given the quality of the opposition, last year’s runners-up.

On the threat PSG still pose, the Catalan said: ‘They are just as dangerous as first leg, same as Chelsea, Madrid, Bayern Munich, Barcelona, other top clubs in Europe.

‘Just focus on what we have to do. We know they can change shape, their manager is clever, can do something we don’t expect.

‘We try to focus on our game, I know the desire to reach the final, never done it before here, so what we do is focus on ourselves.

‘Stick together and suffer together, try to impose our game and try to win the game, be patient, attack and try to score goals.’