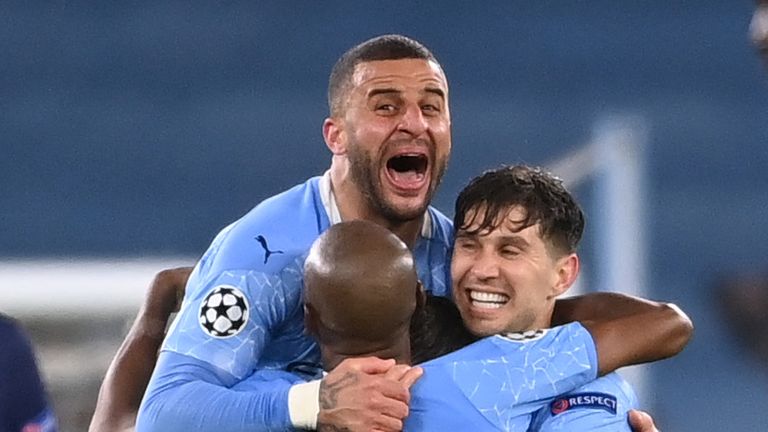 Riyad Mahrez scored goals in each half as the Premier League leaders beat French champions PSG 2-0 at the Etihad Stadium to complete a 4-1 aggregate success in just their second Champions League semi-final.

It means Guardiola, who reaches the Champions League final for the first time since he won the competition with Barcelona in 2011, will now lead his side against either Chelsea or Real Madrid in the final in Istanbul on Saturday, May 29 as City bid to claim the major title missing from their trophy cabinet.

Before that, they have domestic matters to attend to and could add the Premier League title to the Carabao Cup they won last month with victory against Chelsea at the Etihad Stadium on Saturday, live on Sky Sports (kick off 5.30pm), as they bid to complete a treble.

And speaking in his post-match press conference, Guardiola was full of praise for the achievements of his players in what has been an extremely tough season.

“We beat a team that knocked out Barcelona and Bayern Munich,” he said.

“We struggled early on but were much better in the second half. It was an incredible, huge victory for us.

“What the players have done this season is incredible in the toughest year for everyone. Being so close to winning the Premier League and in the final of the Champions League is so good.”

Pep: Win is for everyone at City 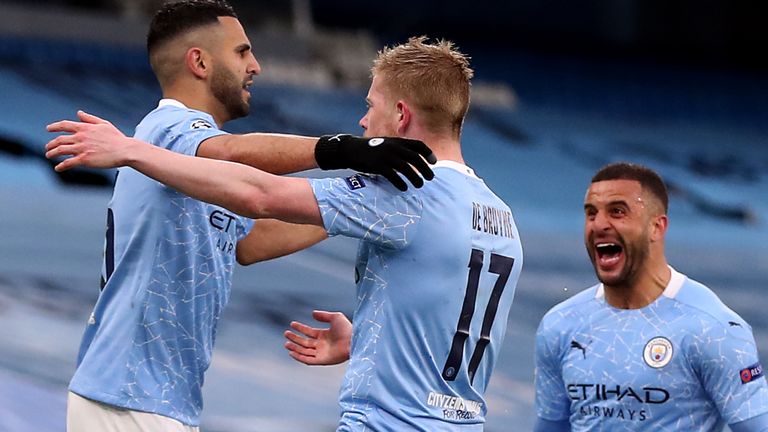 City’s historic progress is the culmination of a long journey for the club since their takeover by Sheikh Mansour in 2008.

Guardiola, who took the reins in 2016, said the victory belonged to a long list of contributors, paying tribute to the club’s owners, a host of the club’s former players and to everyone who worked so hard to play a part in establishing City as a dominant force in English football.

“My first words are for the players who didn’t play. I know how tough it is,” he said.

“My second are for our owners, chairman, all the people from Abu Dhabi. Then the players who played before for us – Colin Bell, Mike Summerbee.

“Then the guys that helped to take the club to another level – Joe Hart, Pablo Zabaleta, Vincent Kompany, David Silva, Sergio (Aguero), who is still here. Many players helped us to be at this stage, we want to share it with them.

“Without them it would not possible.”

‘It’s not just about the money invested’ 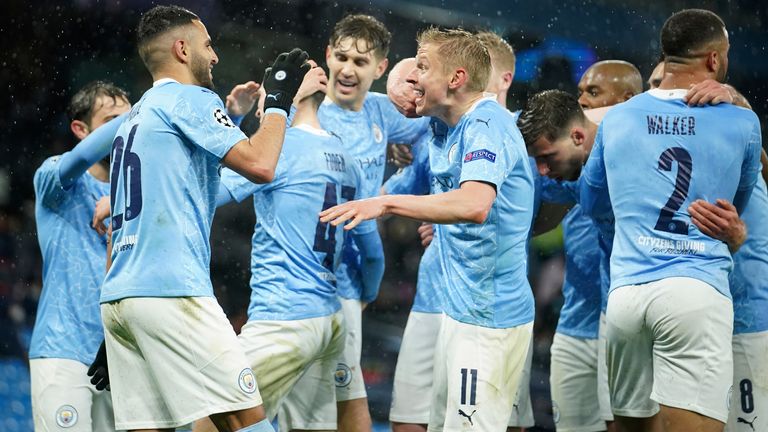 He added: “Of course, we’ve invested money in the last decade since Sheikh Mansour took over the club, but it’s not just about this.

“If you want to think it’s just about money, it’s okay. But there is a lot of incredible things behind the scenes, a lot of people working, supporting and a clear strategy to do it.

“What we have done the last four years has been incredible, in terms of the premier Leagues, the Carabao Cups, the cups and in every competition we’ve played.

Pep: It's not the same without the fans

“It was so weird playing the semi-final of the Champions league with an empty stadium.

“This achievement should require having our people there but unfortunately you know what happens.

“The club belongs to the people, that’s for sure. We are here for the period that we live, but the fans stay here.

“But we have done so well and I’m sure they are so proud and next season, when the doors will be open and they come, they have to support these players.

“It’s nice to reach the final but it’s not the same without the fans. We miss them, but it is what it is.”

How the City players reacted on social media?

Road to the Final 🤲🏼 the most important is now #elhamdulillah ☝🏼 pic.twitter.com/xpMKu1iwBO

Meanwhile, a disappointed PSG boss Mauricio Pochettino refused to use Kylian Mbappe’s absence as an excuse for his side’s defeat in Manchester, preferring to praise the efforts of Man City.

He said: “We played the game we planned to play. We started really well, creating chances and dominating Manchester City. That’s not easy. Not many teams can dominate a team like Manchester City.

“Sometimes in football you need a percentage of luck in some periods of the game. In the end, they were clinical. They scored from a situation where we were pressing high, with a long ball.

“I need to congratulate Manchester City because they are having a fantastic season. After six or seven seasons of working, Pep is doing well. At the same time, we feel proud of our players and our team.”

When asked about Mbappe’s absence, he added: “That cannot be an excuse. We are a team. Of course, it’s unlucky he was not ready to help the team, but that’s not an excuse. We cannot use that excuse because the performance from the team was good.”

When is the Champions League final?

This year’s final will take place in Istanbul on Saturday May 29.

The Ataturk Olympic Stadium famously staged the 2005 Champions League showdown, when Liverpool came from 3-0 down at half-time to beat AC Milan on penalties.

UEFA has not yet confirmed the kick-off time.

It’s back to domestic matters for Manchester City and they could win the Premier League title this weekend. Man City’s champagne was put on ice last weekend after Man Utd vs Liverpool was postponed – but they may only have to wait a few days to get their hands back on the title.

A new date for Manchester United vs Liverpool is yet to be confirmed but assuming the game is not rearranged for this midweek given United’s Europa League commitments, City could secure the title on Saturday May 8 when they play Chelsea, live on Sky Sports.