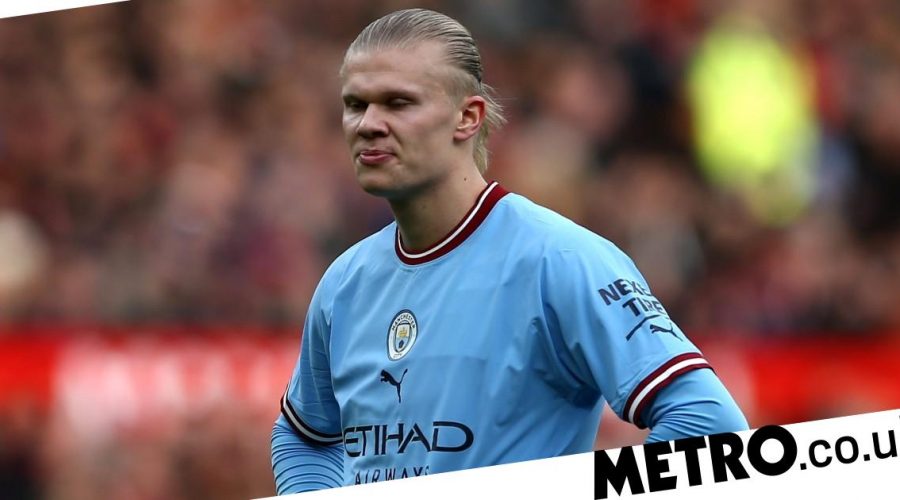 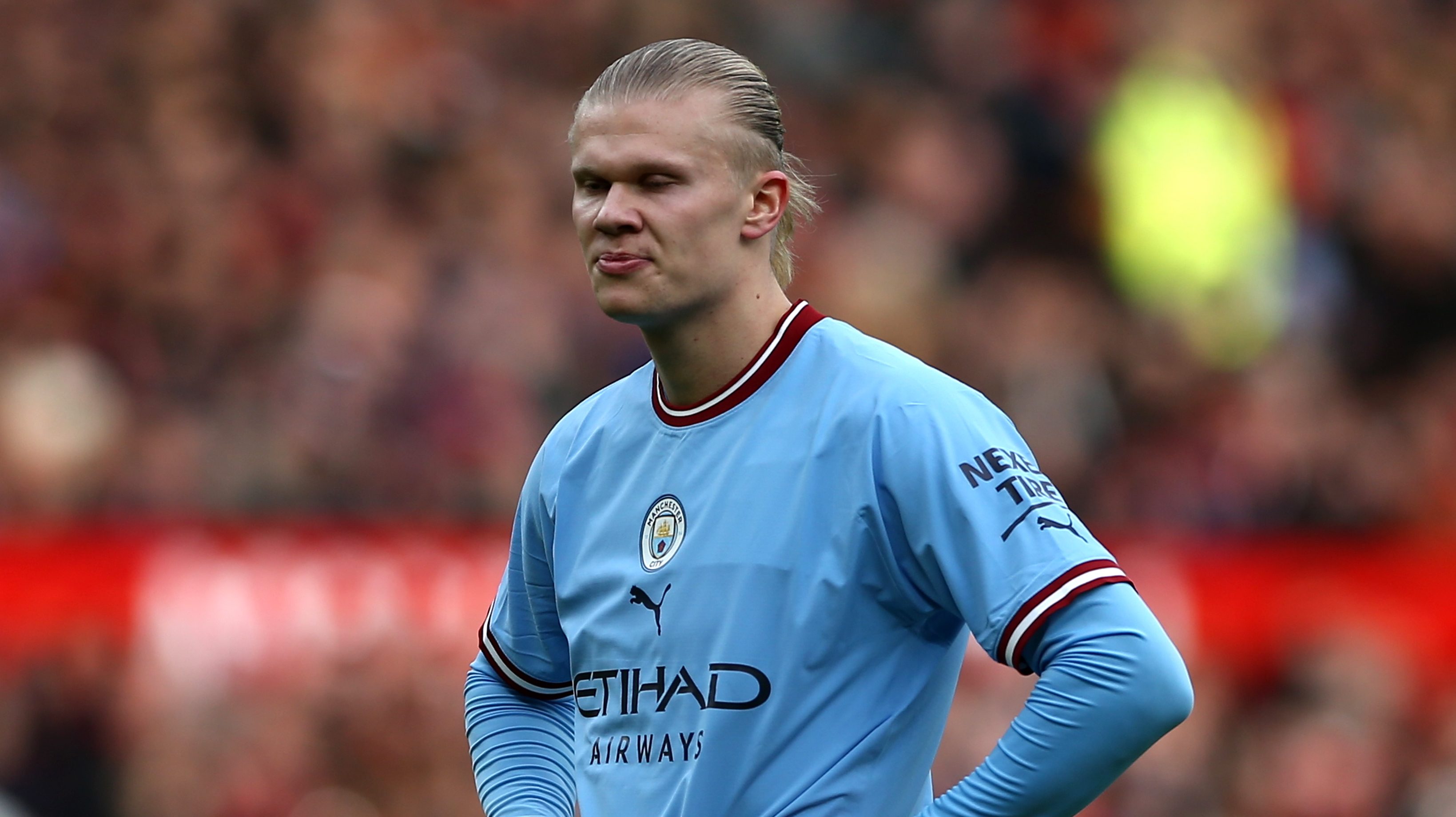 Pep Guardiola has hit back at suggestions the introduction of Erling Haaland has hindered Manchester City’s season and called on all his players to revive their fortunes, starting against Tottenham tonight.

City were knocked out of the Carabao Cup at Southampton last week and followed that with a Premier League derby defeat at Manchester United on Saturday, leaving Arsenal eight points clear in the title race.

However, Guardiola has dismissed an increasingly widespread school of thought that bringing Norway’s Haaland into the side, while guaranteeing an abundance of goals, has come at the detriment of the team’s rhythm.

‘We have played really good with him so it is not about that,’ said the City boss.

‘To play better, to create more chances, is to provide more balls for him or the other strikers. This is what we have to work with.

Guardiola only wants to look forward now after the frustration of seeing United beat his team 2-1 at Old Trafford, the game including a controversial Bruno Fernandes equaliser.

‘It’s over, it’s past,’ Guardiola said. ‘We are not going to change anything, so the focus is Tottenham. Two minutes later, in the dressing room, that was my message. We have to improve our game, control what we can control. This is what big teams have to do.’

Guardiola has not given up on catching Arsenal, adding: ‘Always when we are behind I say don’t think about.

‘We caught up with Liverpool in last years. Just think about the next game. We’ve been in this position many times. I’ve never been relaxed when eight points in front. During the game, before the game, never.’

Playmaker Kevin de Bruyne is available for City to face Spurs after being given time off this week. ‘He had a personal issue and could not train, but today he is back,’ Guardiola said.