Paul Pogba has delivered a scathing verdict on Jose Mourinho’s man-management, accusing the former Manchester United manager of casting players, including himself, aside without explanation.

Pogba – Mourinho’s world-record marquee signing following his 2016 appointment at Old Trafford – was instrumental as the Portuguese guided United to League Cup and Europa League glory in 2017 in his first season in charge.

But Mourinho’s relationship with some of his players deteriorated after a trophy-less second season and poor start to the 2018/19 campaign, typified by a training ground spat with Pogba after the player was stripped of the United vice-captaincy in September 2018.

Mourinho was relieved of his duties three months later as Ole Gunnar Solskjaer took the helm, and Pogba has lifted the lid on the contrasting methods of the current United manager and his predecessor. 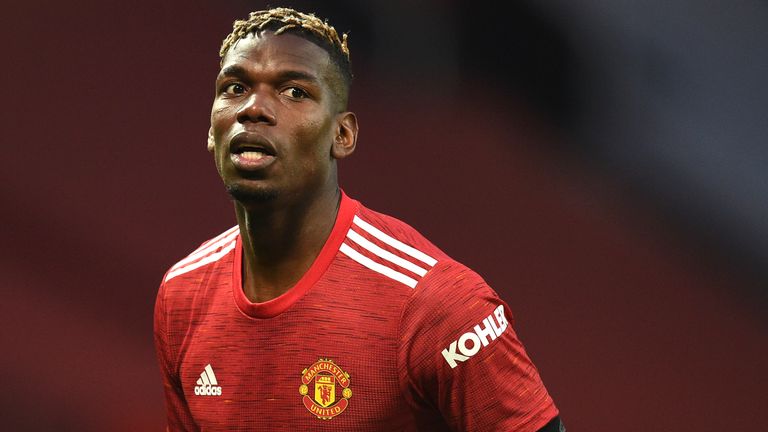 “Maybe Ole wouldn’t pick them, but it’s not like he puts them on the side like they don’t exist anymore. That’s the difference between Mourinho and Ole.

“Once I had a great relationship with Mourinho, everybody saw that, and the next day you don’t know what happened. That’s the strange thing I had with Mourinho and I cannot explain to you because even I don’t know. So, yeah.”

Pogba has not been the only player to not see eye to eye with Mourinho, with Luke Shaw frozen out of the first-team fold after the former United boss suggested he lacked football intelligence. Shaw has previously said Mourinho was right to criticise him in a bid to try and improve his performances but the left-back recently admitted it was a “very difficult time” of his career.

Since Solskjaer’s appointment, however, Shaw has flourished, forcing his way back into the England set-up after a three-year absence, and Pogba believes the current United manager has played a crucial role in helping his team-mate’s qualities come to the fore.

“Maybe [Solskjaer’s methods work] because he is a bit closer to the people,” Pogba explained.

“Every coach has their own way to coach and deal with players, and as a player you have to adapt. Sometimes it doesn’t suit you and sometimes it does.

“Ole has helped Luke a lot, it was a difficult season with Luke and Mourinho, and he has proved he has the quality he always had and the trust of the manager.”

Pogba: Mourinho lost and didn’t want to speak about game

Pogba’s comments came after United avenged October’s humiliating 6-1 defeat at the hands of Mourinho’s Spurs with a 3-1 victory at the Tottenham Hotspur Stadium on Sunday.

Mourinho hit back at Solskjaer in a heated exchange of words after the United boss criticised Heung-Min Son’s involvement in Edinson Cavani’s controversial disallowed opener.

Pogba was equally scornful of Mourinho’s attempt to deflect away from Tottenham’s performance, adding: “I don’t know what happened, I’m sure Mourinho said something that would make people speak, that’s what he does.

“We got the result we wanted, Ole knows it and we enjoyed that moment because we know Mourinho and we know what he likes. We don’t need this [war of words], we just focus on us.

Mourinho’s angry reaction to Solskjaer after the Norwegian hit out at Son dominated the fallout from United’s win at Spurs.

Solskjaer complained Son had “conned” the referee with his part in United’s disallowed goal during the first half, going down after being caught by the stray arm of Scott McTominay before Cavani scored.

VAR reviewed the issue, sending referee Chris Kavanagh to the pitchside screen, with the goal disallowed. Son then put Spurs ahead, but United fought back with goals from Fred, Cavani and substitute Mason Greenwood to secure three points.

Speaking after the game, the United boss told Sky Sports: “I have to say, if my son gets that in the face from one of his mates, stays down for three minutes and needs 10 of his mates to help him up, he won’t get any food.”

Mourinho responded: “I just want to say, Sonny is very lucky that his father is a better person than Ole, because I think a father – I am a father – you have to always feed your kids, it doesn’t matter what they do.

“If you have to steal to feed your kids, you steal. I am very, very disappointed, and like we say in Portugal bread is bread and cheese is cheese, I told Ole already what I think about his comments.” 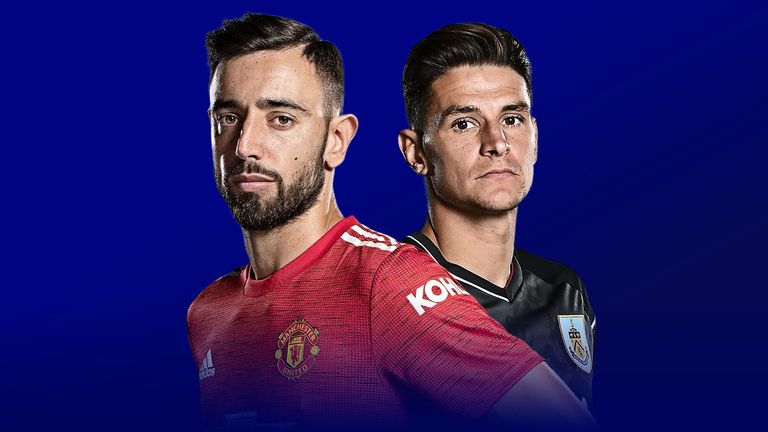 Watch the extended interview with Paul Pogba plus analysis from Sky Sports pundits in the studio from 1.30pm on Super Sunday.