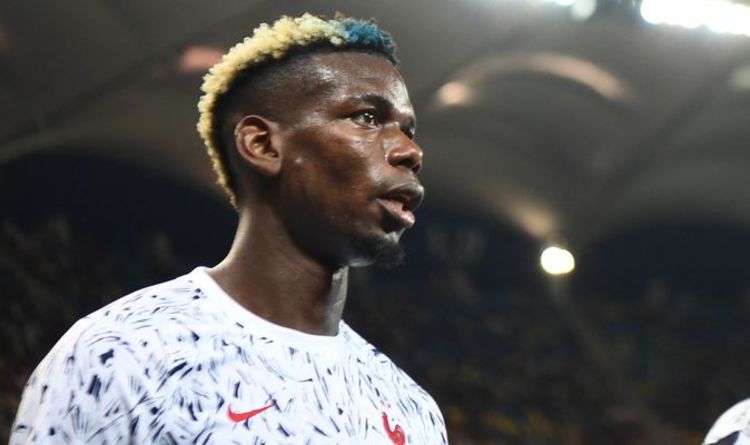 Paul Pogba’s representatives are reportedly in talks with Paris Saint-Germain and is ‘more and more’ open to the idea of leaving Manchester United for the Ligue 1 club. The France star continues to be linked with a move away in the summer transfer window after entering the final year of his contract with the Premier League giants.

Pogba is currently on holiday after Les Bleus’ unexpectedly early exit from Euro 2020.

The World Cup winner’s future has been the source of constant speculation, with Real Madrid and his former club Juventus both having been touted as potential destinations.

But in recent weeks, talk of a potential move to PSG has become prominent – and the 28-year-old’s international team-mates even joked about it at a France press conference.

And United’s £89million record signing is increasingly tempted by the prospect of a switch to the French capital, according to reports from his homeland.

Discussions are taking place with Pogba’s representatives, with the midfielder ‘more and more open to the idea of ​​joining Paris’, according to RMC Sport.

The publication claims PSG are weighing up swoops for Pogba and his 18-year-old compatriot Eduardo Camavinga – who is a target for Ole Gunnar Solskjaer’s side.

And the two players could be part of a star-studded rebuild for the French side under former Tottenham boss Mauricio Pochettino.

The report says PSG are monitoring Lionel Messi, who is currently a free agent after his Barcelona contract officially ended.

They have already signed Georginio Wijnaldum after the Netherlands midfielder left Liverpool on a free transfer.

Italy keeper Gianluigi Donnarumma is set to follow once the Azzurri’s Euro 2020 campaign is over, while Sergio Ramos is also expected to sign after his Real Madrid contract came to an end.

And the signing of Achraf Hakimi is also said to be imminent, with PSG fending off interest from Chelsea to land the Inter Milan wing-back.

PSG’s apparent attempts to also entice Pogba could be bad news for the Red Devils, who are believed to be in talks over extending his contract.

Last season, Pobga’s agent Mino Raiola said it would be best for all parties if his client were to secure a move – with Solskjaer responding by finding a more regular role for the midfielder.

Still, it was noticeable during France’s Euro 2020 campaign that Pogba is able to play with more attacking freedom for France than he does for his club.

After Pogba may have regretted sneaking up on team-mates Prensel Kimpembe and Kingsley Coman during a France press-conference.

Pogba then simply said “No”, before hastily leaving the scene while Kimpembe and Coman collapsed in laughter.

July 7, 2021 Soccer Comments Off on Paul Pogba in talks with PSG and ‘more and more open’ to Man Utd transfer exit
NFL News